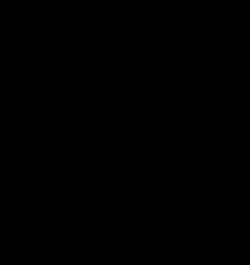 Photo:
The very notion of watching an execution for the purpose of entertainment is nauseating, one's stance on the death penalty notwithstanding. Witnessing bloodshed on the internet is simply a modern version of the gladiator battles of the Roman Empire. Abuse of the free website through uploading such inappropriate and offensive material as the Saddam Hussein execution video cannot be tolerated.

The concept behind YouTube is perfectly legitimate and even clever; one can argue that people uploading and sharing amateur videos is an underground art form. While an open forum for artistic expression is ideal, YouTube must maintain its responsibility to monitor the videos displayed on the site. Setting an age limit for viewers, the measure already in place, is not an adequate solution because it is too simple to trick the system by changing one's birth date during registration for the site. The only way to ensure innocent eyes do not view such disturbing footage is by not making such videos available.

The source of the Hussein execution video is almost even more appalling than what is captured in the footage itself. Two guards officiating the execution recorded Hussein's hanging using a camera phone. The guards were ultimately caught and punished, but the product of their misdeed remains on the internet. It seems as though there are two types of people in today's society: those who will stop at nothing for a slice of fame, and those who encourage this self-serving behavior through giving it attention. Is being remembered for filming Hussein's hanging worth losing one's job? Is the human desire for fame so strong that someone would even want to be known for filming such an sickening video?

Death is not a public spectacle to be gawked at. Hussein certainly is responsible for the deaths of countless people, but his wrongdoings do not justify exploitation by the media.

YouTube users can leave comments on videos, and the messages decorating the pages of the multiple versions of the video depicting Hussein's death certainly are colorful. While some comments speak out against President Bush and the Iraq war, most are expletive-filled tirades of twisted nationalism celebrating the death of Hussein. Any users who attempt to question the ethics of someone posting a video depicting death are verbally attacked. A self-professed half-Iranian user said he or she was sickened by the fact that the video was being displayed for entertainment purposes. In response, another user wrote, "I don't give a dang what you Iranians have to say in this matter either. You're too stupid being brainwashed from birth to know any better."

The presence of this video on the internet is not bringing back the lives of any of the tens of thousands of people whom Hussein is responsible for killing. The video is succeeding only in fueling hatred and racism.