"50 Shades of Grey," the movie based on E.L. James's wildly popular book, is taking the world by storm. Universal and Focus features bought the film rights for $5 million, and the ticket sales from the first five days totaled about $90.7 million, making it the fastest selling R-rated movie in over ten years. While some people enjoy the movie and find the story entertaining and sexy, they are dismissing a glaring problem: "50 Shades” is a glorified example of abuse.

In a PG-rated nutshell, "50 Shades of Grey" is the story of a recent college graduate, Anastasia Steele, who meets and is instantly drawn to Christian Grey, a rich and powerful businessman. They embark on what turns out to be a rocky relationship, and Steele finds that Grey has an unhealthy need to constantly be in control.

The book on which the movie is based was released on e-book and paperback in 2011. Its popularity increased as news of the story and its risqué content spread by word of mouth, and that's when sales really started to take off. The series sold 70 million copies in the U.S. and an additional 30 million copies around the world, making it the fastest-selling paperback series ever. It has been translated into over 50 different languages and spent 30 weeks on the New York Times bestseller list. The book has been most popular among women and teenage girls, and many people have dubbed it "mommy porn".

The controversy starts upon closer inspection of the characters and their behavior. Firstly, Grey often crosses the line between dominance and abuse and takes advantage of Steele's innocence and sexual naivety. For example, Grey stalks Steele, dictates her diet, takes her away from her friends and forces her to do things that she does not explicitly say she is comfortable with. Grey threatens Steele when she says she may leave him, warning her that he can always track her down. He also has a habit of showing up unannounced and even breaks into Steele's apartment, which is without a doubt crossing a line. A study published in the Journal of Women's Health found that patterns in the story reflect pervasive intimate partner violence. While it may sound sexy, viewers should keep in mind that Steele and Gray's relationship is not healthy. 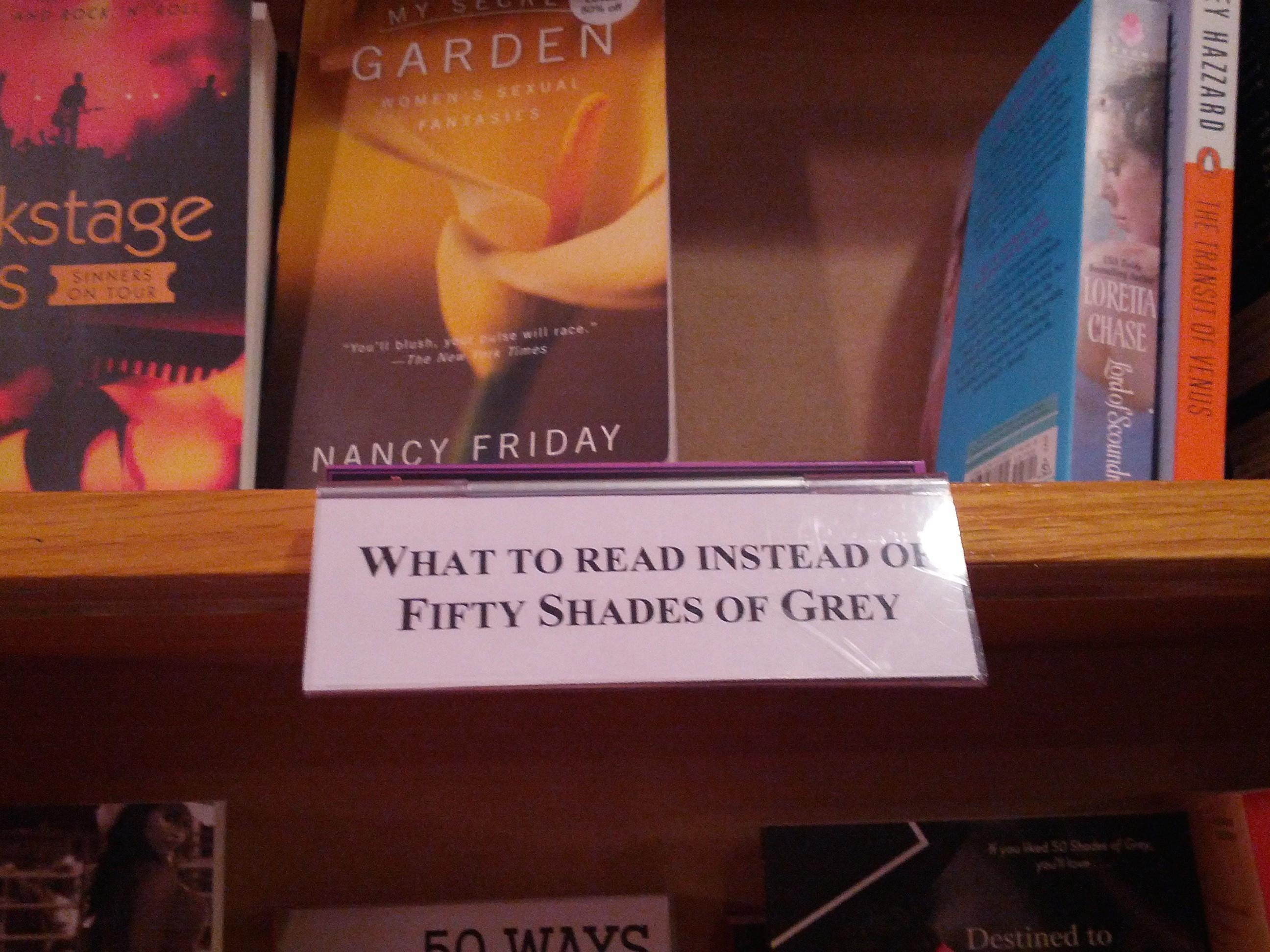 Photo: Many readers disapprove not of the content of "50 Shades of Grey" but of the misinformation.

Photo: Many readers disapprove not of the content of "50 Shades of Grey" but of the misinformation.

There are plenty of people who think that what Steele and Grey do is fine and that they shouldn't be judged on their sexual behavior. While it's true that everyone's preferences should be respected, that doesn't make Grey's emotional manipulation or abusive tendencies acceptable.

For those who are considering seeing the movie, think about the message of the story in order to make a well-informed decision about whether or not it is one that should be supported.