Slot machine parlors have no place at Arundel Mills Mall

Gambling isn't just for Las Vegas anymore. In 2008, Maryland voters passed a referendum that allowed slot machine gambling within the state. Previously, Maryland gamblers had to travel to West Virginia or Pennsylvania to gamble locally. Now, gamblers can have more readily accessible opportunities to boost the state's economy. According to the Washington Post, the state faces a $1.6 billion budget deficit, which is estimated to grow to $2.1 billion in the next several years. The state's first slot machine casino in Perryville, however, raised $2 million in the first four days of operation. While slot machines are an effective way to raise money for the state, the newly selected slot venue is a definite mistake. 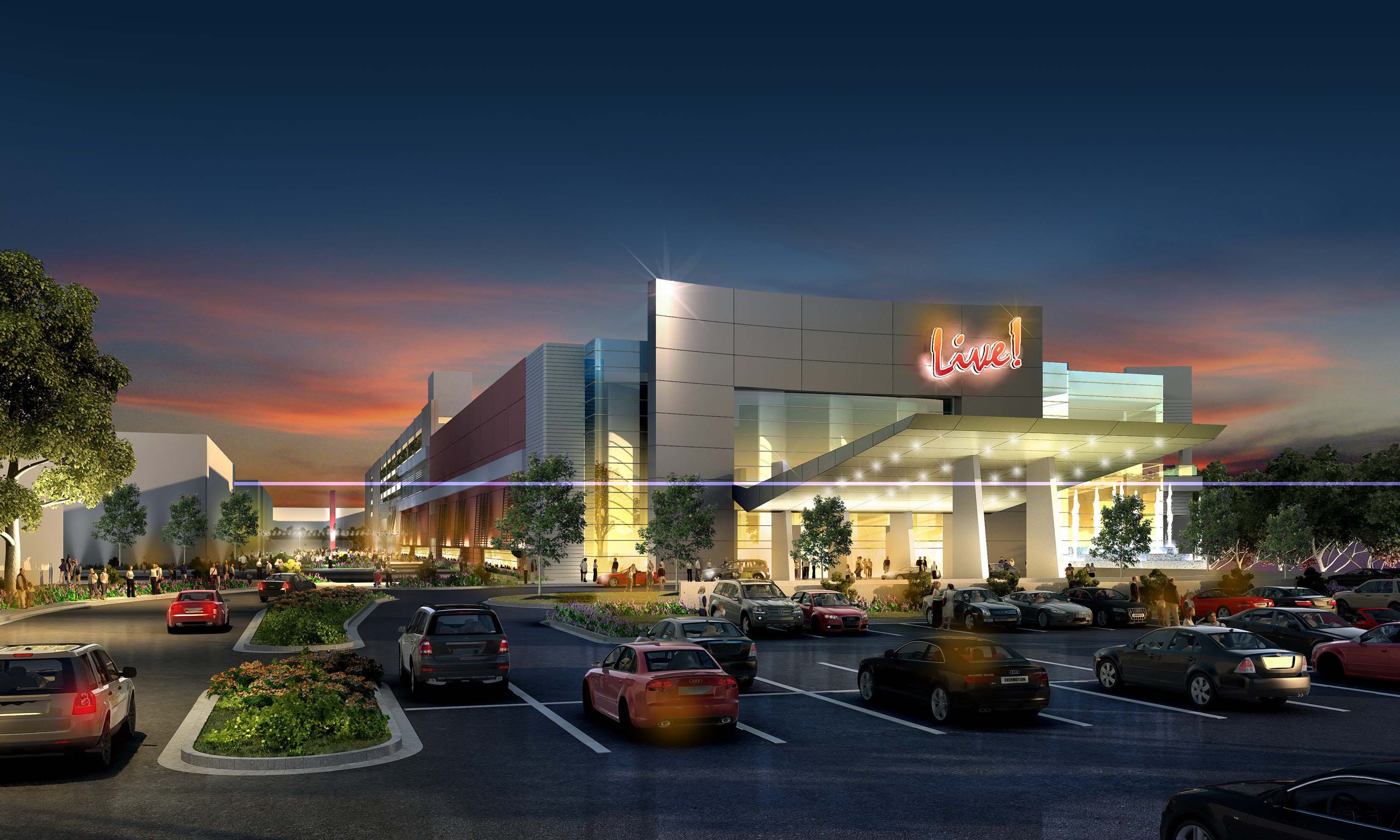 Photo: The new Arundel Mills Mall Casino will be detrimental to the horse racing industry and is in an unsuitable, family-friendly location.

Photo: The new Arundel Mills Mall Casino will be detrimental to the horse racing industry and is in an unsuitable, family-friendly location.

This past election day, Anne Arundel County voters passed "Question A,” which allows for a slot machine parlor to be built at Arundel Mills Mall. When the original state referendum allowing slot machines was passed in 2008, many assumed that at least two of the five allotted slot venues would be at Maryland horseracing facilities. However, Magna Entertainment Corporation, the parent company of the Laurel Park track, made a mistake in its application process. Now, neither the Laurel Park nor the Pimlico racetracks – two world-renowned horseracing venues – will host slot machine parlors. The building of a slot machine parlor at Arundel Mills Mall will devastate the Maryland horseracing industry, which is a far more suitable gambling environment.

Laurel Park and Pimilico racetracks are the hosts of world-famous races, including the Washington D.C. International and the Preakness. Horseracing used to be a primary industry for the state, but in the past several decades the industry has been in decline. A slot parlor at Laurel Park was meant to bring in spectators to view live races. Now, live racing will be obsolete at Laurel Park, and Pimlico will only host races in the spring.

The loss of live racing at Laurel will also eliminate approximately 15,000 jobs, and the glory that once was Maryland horseracing will be diminished. Laurel Park was established in 1911, and for decades has hosted races almost every other day. The loss of this cornerstone of both Maryland and American horse racing will not just be a blow to horse racing fanatics, but also to the community members who are employed at the track. Slots should be placed at Laurel Park rather than Arundel Mills to keep this historic institution in business.

Furthermore, the environment of horseracing venues is much more suitable for slot machines than that for a mall. Gambling is already a central focus at racetracks, and slot machines appeal to the same customers as those who place bets on horse races. Arundel Mills Mall, however, is a family-friendly mall with stores such as Toys"R”Us and Children's Place. Slot machines aren't something that young children need to be around, as only responsible adults should consider gambling.

While slot machines at Arundel Mills will help shrink the state's budget deficit, it will in turn extremely hurt the horse racing industry. Slot machines should be allowed to be placed at the Laurel Park facility to simultaneously bring customers and money back into horse racing and raise money for the state. Allowing slots at Arundel Mills just doesn't fit the mall's family-friendly atmosphere. Slots should be left to gamblers, not shoppers.