Indie rock band Vampire Weekend brought its charm and eclectic sound to the Merriweather Post Pavilion on Saturday, Sept. 11 during its "2010 North American Tour." In front of a nearly sold-out crowd, the band pounded through one hit after another with energy and flair. Dazzling stage sets complemented Vampire Weekend's raw energy, while show openers the Dum Dum Girls and Beach House set the electric mood. 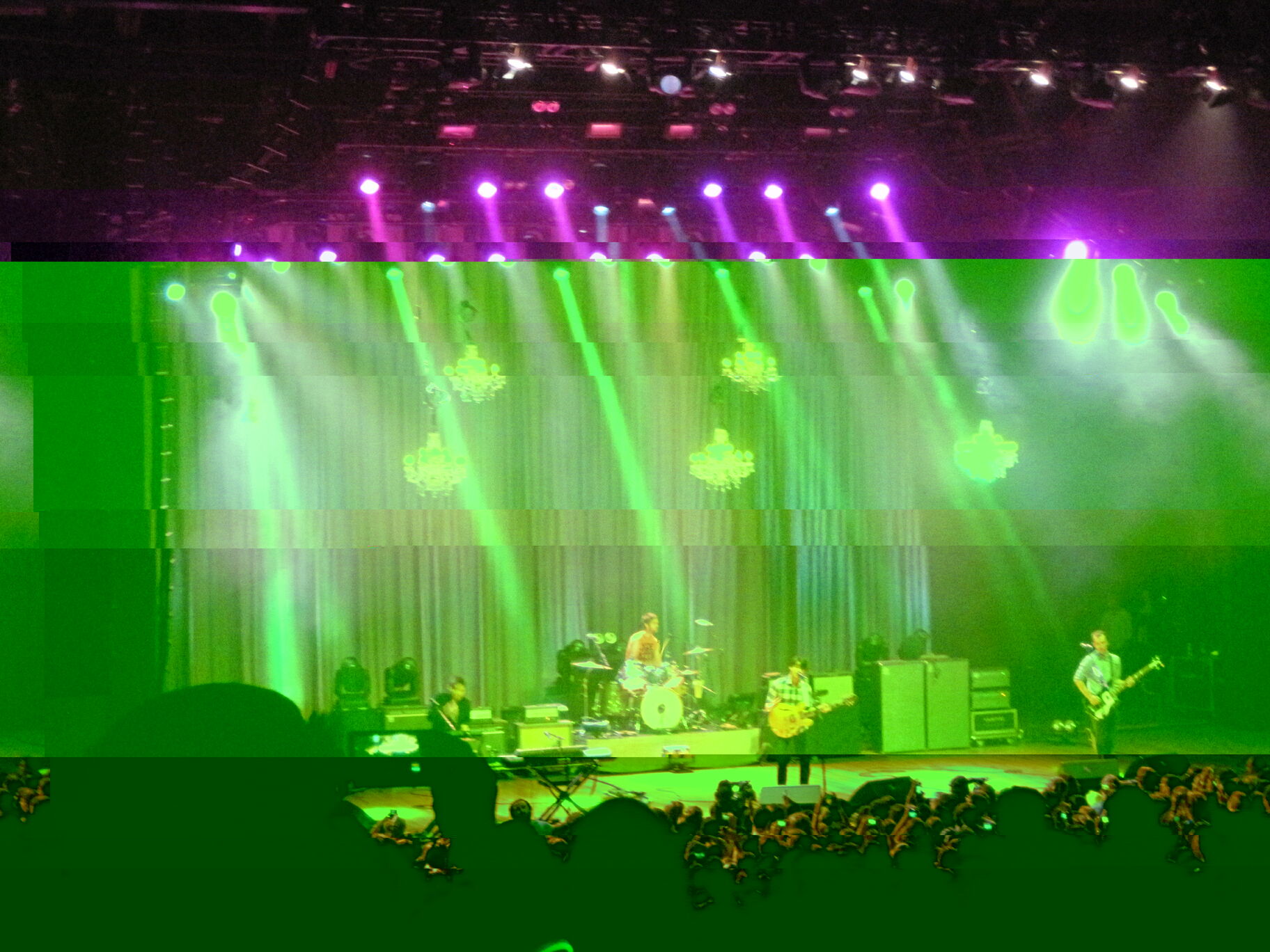 All-girl quartet The Dum Dum Girls opened the show with a pounding bass backing every song. Firmly holding the stage with their gothic-gritty look, the girls belted out lyrics that could barely be heard over the deafening bass. As the Dum Dum Girls played on, the bass slowly quieted and the band's sound drastically improved.

Baltimore-based Beach House then took to the stage unassumingly, but once the band began to play they delivered an astounding, haunting performance that will not be forgotten. Singer and organist Victoria Legrand's ethereal voice, combined with her puppet-like movements, truly made the band seem otherworldly. The stage featured three large pyramids that reflected different color lights and a backdrop that became a thousand twinkling stars shining through the band's song "Norway."

The audience then burst into life as all four members of Vampire Weekend ran onto the stage to DJ Kahled's "All I Do is Win." Sounding as good live as they do on an iPod, the band members quickly took their places and jumped into the energetic "Holiday," which perfectly captures the band's quirky lyrics and synthesized Afro-pop inspired sounds. The backdrop of a giant record inscribed with "White Sky" lyrics paid homage to the band's retro inspirations, while warm-colored stage lights highlighted the band's liveliness.

During "M79," rows of gleaming chandeliers descended from the ceiling, rising and falling with the beat. The chandeliers twinkled along with the stage lights, creating the illusion that Vampire Weekend was playing in a sort of sun-drenched palace. The chandeliers had a "wow effect" on the audience; they were bold and out there yet slightly understated and elegant. They were certainly a nice touch.

Lead singer Ezra Koenig graciously thanked the audience after every song and encouraged his fans to move, sing and leave their inhibitions behind. Koenig himself mostly stayed anchored at the front of the stage and let his voice do the dancing, which was just fine, for he put on a show without even moving. Koenig belted out "California English” with apparent ease, sounding like a DVD player stuck on fast-forward. His performance, both while singing and having great stage presence, was equal parts impressive and mind-boggling.

Halfway through the show the backdrop changed to a fictitious map of the "Port of Contra," presumably named after the band's sophomore album. For a few moments the new backdrop and the record backdrop overlapped, creating the image of a record playing with a record needle. The two backdrops alternated throughout the rest of the show and occasionally even looked like they were bouncing along with the beat.

Koenig's trademark wit was well-received; he had the audience guess upcoming songs after giving clever hints. "We know about 15 percent of the males in the audience are named Blake," Koenig said to the screaming crowd before playing "Blake's Got a New Face." Later Koenig hinted, "We don't care what you do with your fists," before embarking into "A-Punk," Vampire Weekend's number one-selling song.

But amid the energy, the concert reached a low point when the band began the slow-paced "I Think Ur A Contra." The song itself proves that the band has potential outside of faster-paced Afro-pop, but it didn't complement the concert setting and theme. Vampire Weekend broke its captivating spell on the audience, and the crowd began to move restlessly, which explains why the band doesn't normally perform the song live.

True to form, Vampire Weekend jumped right back into the flow soon after with the lively "Oxford Comma," before saying their goodbyes and running off stage. The crowd then cheered and cheered until Vampire Weekend came back on stage for an encore. "I'm not gonna tell you how to dance, but we find most people put their hands in the air - creating a sea of hands - to this song," Koenig said before playing "Mansard Roof" to the thousands of raised arms.

The band ended in a display of lights, chandeliers and energy with what they called their final "goodbye song," "Walcott." Although Koenig's guitar string broke in the middle of the performance, the band powered on and still ended impeccably, leaving the audience wanting even more.

Vampire Weekend truly brought its music to life by connecting with the audience. The band encouraged its fans to embrace the new but still cherish the old, as exemplified by keyboardist Rostam Batmanglij, who wore his old Potomac High School Lacrosse jersey (Batmanglij was raised in D.C.). Vampire Weekend's upbeat songs were cleverly accented by a stage set that stood out but was not overpowering. Overall, the band was excellent live and brought all of the quirks of their music to the forefront of their performance.