Every year, the Grammy Awards takes place to entertain millions of music fans across the country. Each ceremony has its memorable moments and the 2011 Grammys on Sunday night was no exception. From unexpected wins to questionable performances, this year's Grammys was a night to remember. 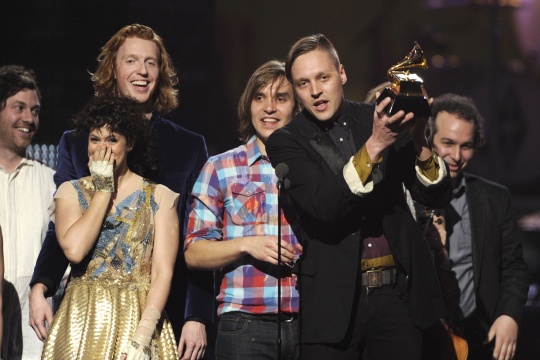 Photo: Indie band Arcade Fire broke new ground on Sunday after winning the esteemed Album of the Year award and performing at the Grammys for the first time.

Photo: Indie band Arcade Fire broke new ground on Sunday after winning the esteemed Album of the Year award and performing at the Grammys for the first time. Photo courtesy of The Recording Academy.

There's no denying that Sunday was a night for the underdogs, as exemplified by Arcade Fire's win for Album of the Year. The Canadian indie band's album certainly is great, but nobody, including the group, expected Arcade Fire to beat out Lady Gaga, Eminem or Katy Perry. Their win could be the start of the hipster band's journey to mainstream success. Lady Antebellum also left the ceremony as unexpected winners after snagging five Grammys, including Record of the Year and Song of the Year. Their success says big things about the current state of the country music industry, which successfully defied the usual standard of pop-domination at the Grammys.

Another great defeat came at the hands of Esperanza Spalding, who won Best New Artist over Justin Bieber. There is no doubt that Spalding is a talented jazz musician with a powerful voice, but her two albums are hardly new, having come out in 2006 and 2008, respectively. Bieber, on the other hand, had a very successful year and was on the cover of basically every magazine and released a CD that soared to the top of the charts all over the world – not to mention his own film released this past Friday. He was a favorite for the win, but apparently this wasn't his time.

Between the shocking awards, there were all kinds of performances on stage. Everyone remembers when Rihanna was forced to cancel her performance at last year's awards due to the Chris Brown assault. It seems like the girl just can't catch a break, as this year she had to perform with bronchitis. Her illness clearly took a toll because Rihanna wasn't able to step it up for her performance with Eminem, Dr. Dre and Skylar Grey. Without her powerful vocals, Rihanna lacked her usual stage presence and Grey overshadowed her. However, she was impossible to ignore during "What's my Name," which she sang with Drake. Their performance was more about on-stage chemistry than vocals, but it was still something to watch. 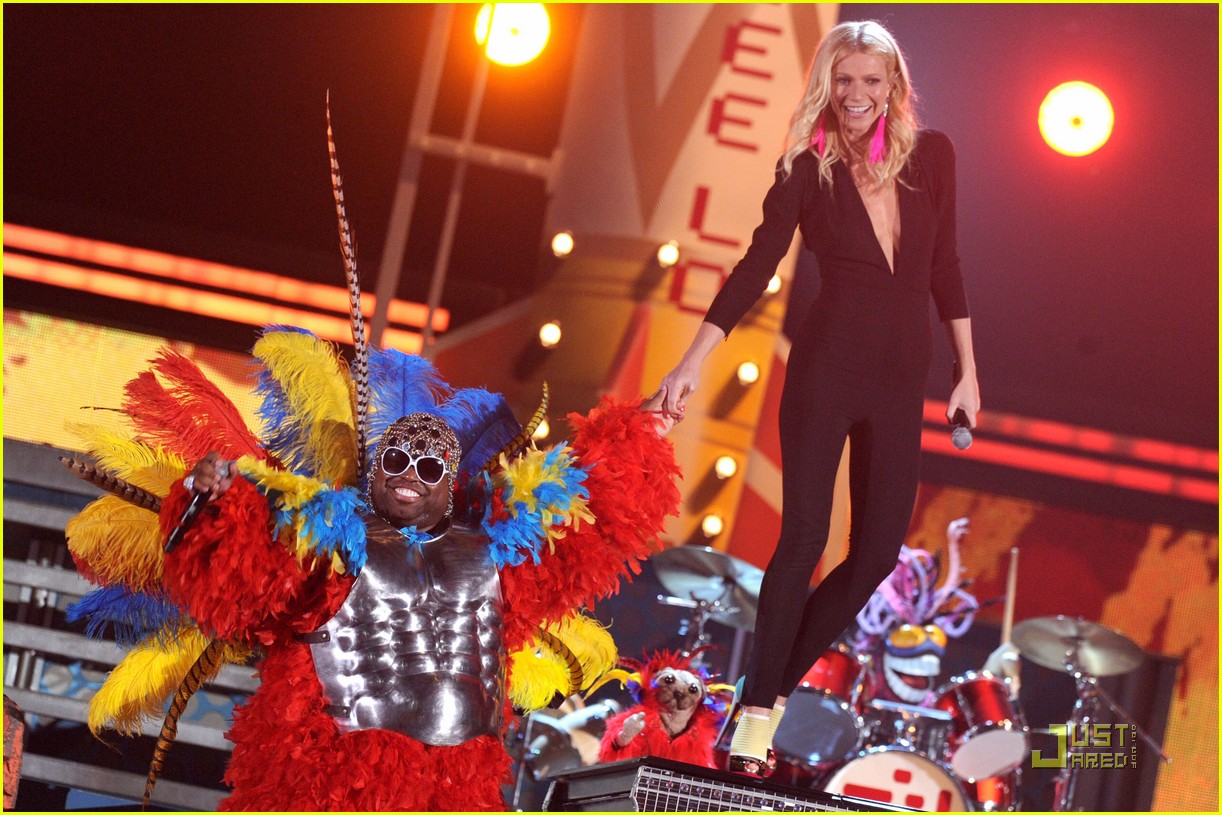 Photo: Cee Lo Green and Gwyneth Paltrow performance of "Forget You" was one of the more memorable performances due more to its high energy and silliness.

Photo: Cee Lo Green and Gwyneth Paltrow performance of "Forget You" was one of the more memorable performances due more to its high energy and silliness. Photo courtesy of Just Jared.

Cee Lo Green's performance of "Forget You" was actually the most unforgettable act of the night. The theme must have been incomprehensible creativity because he was adorned in a peacock-like costume with a seemingly unrelated chain-mail style headdress. But aside from his outfit, Cee Lo performed a song that revolves around the F-bomb with the Muppets and Gwyneth Paltrow, who was pretty much only there because she covered the song on "Glee." The concept was silly, the Muppets were a pleasant, albeit strange, addition and the feel-good beat was hard to hate. But Paltrow was out of key and tried too hard to "wow" the crowd. Seeing as she is an actress she gave it a good try, but the Grammys are not the right time to experiment with a new career and her dramatics took away from the performance.

Strange creativity was also present off stage in the form of the always-intriguing Lady Gaga. Gaga officially outdid herself with her latest stunt: showing up to the red carpet in an egg. Instead of strutting down the carpet and posing for photos like the rest of the attendees, Gaga got carried in by her personal entourage. The entrance was supposedly a symbolic gesture of how she was not born until her performance, but it may have just been an attempt to one-up the rest of the performers. Let the battle of Cee Lo v. Gaga begin.

With all of this year's surprises and oddities, the bar has been set high for next year's Grammys. But with a new year comes a new generation of talent, so anything can happen.