A festival of resilience

"Until pebbles/ grow into boulders/ covered in moss.” The final lines of the Japanese national anthem echo through the National Building Museum, filling the grand atrium with an air of solemn solidarity. Giant pink lanterns float overhead, emanating the soft delicacy of the Japanese Cherry Blossoms budding along the National Mall. Between the colossal pillars sits a captivated audience of locals and tourists, Americans, Japanese and nearly everyone in between, all uniting to champion the Japanese-American relationship in such trying times. 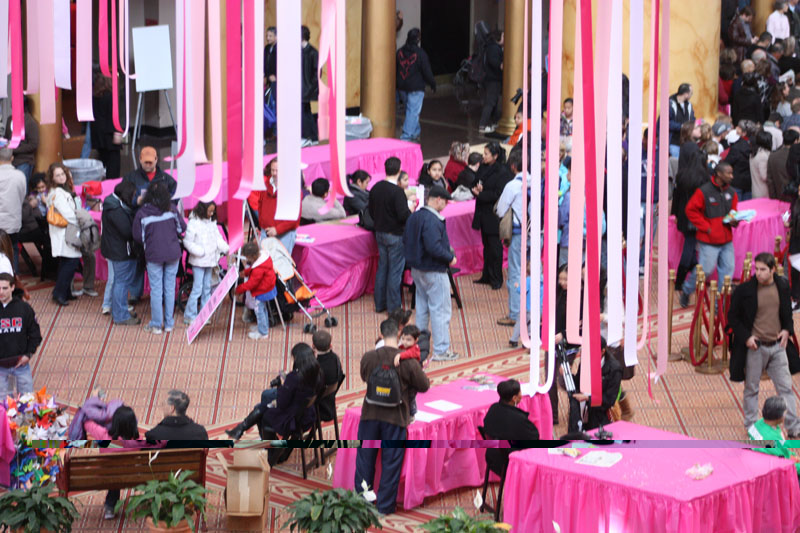 Photo: Crowds come to celebrate and support Japan at the Opening Ceremony of the National Cherry Blossom Festival.

Photo: Crowds come to celebrate and support Japan at the Opening Ceremony of the National Cherry Blossom Festival.

In recent weeks the horrors of the earthquake, tsunami and ongoing precarious nuclear situation in Japan have brought the island to its knees. Within hours of the initial earthquake, which measured a 9.0 on the Richter Scale, American corporations from the American Red Cross to Microsoft pledged relief and supplies to Japan. Immediately after the tsunami President Obama issued the statement, "The United States stands ready to help the Japanese people in this time of great trial. The friendship and alliance between our two nations is unshakeable, and only strengthens our resolve to stand with the people of Japan as they overcome this tragedy.” Now, two weeks after this catastrophe, the crowd gathering in the National Building Museum for the opening ceremony of the National Cherry Blossom Festival pledges to hold Japan in their thoughts as they wander underneath the symbol of eternal renewal: the cherry blossoms.

The National Cherry Blossom Festival, held annually along the Tidal Basin in Washington D.C, has celebrated the great friendship between America and Japan since the first gift of cherry blossoms to the U.S. in 1912. For 99 years this relationship, like the beautiful flowers lining the Potomac River, has blossomed. And this year, the festival takes on yet another theme as an emulator of hope and rebirth.

On the cold evening of March 24, a crowd gathered around the Sylvan Theater in the center of the National Mall to show their support for Japan. The "Stand with Japan” walk, hosted in part by the National Cherry Blossom Festival, drew a diverse crowd determined to come together in the spirit of hope and rebuilding. News crews from across the world flanked the perimeter as Japanese Ambassador to the United States Ichiro Fujisaki took the stage. The fact that the audience came out in support, he said, greatly warmed his heart. "The consolation is that people around the world, especially in America, are helping and extending necessary hands to Japan,” Fujisaki said. 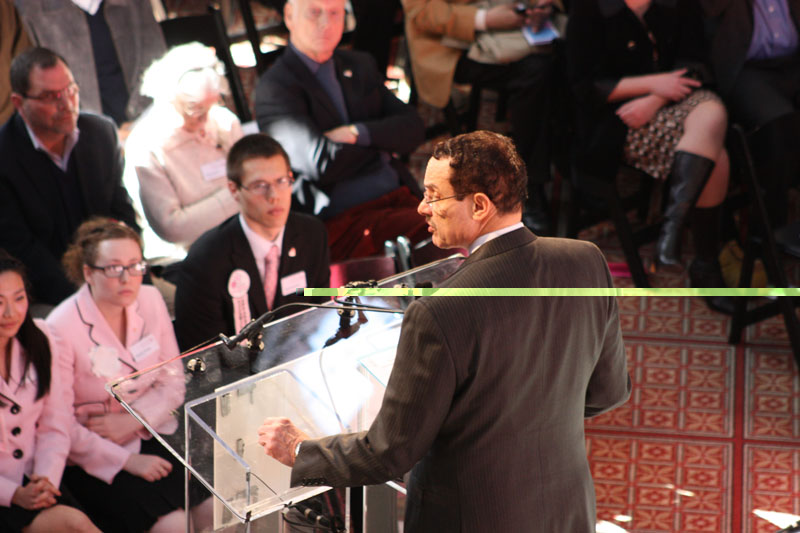 Fujisaki, as well as other speakers including Chairman of the Festival Susan Norton and Principal Deputy Assistant Secretary of State Joseph Donovan, reflected on the longevity of the Japanese-American friendship and how the cherry blossoms are the botanical embodiment of this relationship. In 1912, Tokyo's Mayor Yukio Ozaki gave the city of Washington D.C. a gift of 3,000 cherry trees as a gesture of goodwill. In turn, the United States granted Japan a gift of dogwood trees. Over times this cycle of giving became an ordinary occurrence and extended far beyond presents of plants and papers.

In the decades after World War II, the U.S. and Japan rebuilt their relationship, created military alliances and in turn strengthened their bond. When Hurricane Katrina battered the Gulf Coast in 2005, Japan was one of the first countries to offer aid. Now, the U.S. does its part as a friend. "The people of the United States are committed to doing everything to help the Japanese people move forward,” Diana Mayhew, President of the National Cherry Blossom Festival declared. D.C. Mayor Vincent Gray even pledged the full support of all the residents of the District and questioned, "if we don't reach out at these times then when will we?” Gray reiterated the key point of many other presenters at the Opening Day ceremony: the Festival is the perfect catalyst for providing aid to Japan.

The connection between our two nations is at the heart of the festival, as the cherry blossoms return each spring as a symbol of resilience and beauty. Congresswoman Eleanor Holmes-Norton poetically equated the resilience of Japan to that of the cherry blossoms after last winter's Snowmagedon. "Last year the blossoms were battered by Snowmagedon, but come spring they came back fully and beautifully like clockwork lining the Tidal Basin. We can count on our allies in Japan to do the same,” she said. This year's festival will give focus to the beautiful blossoms and also to the people of Japan who need our help. So far, 70 percent of the contributions to Japan have been from the U.S., according to Holmes-Norton. The festival, in short, reminds us to support and sponsor Japan. 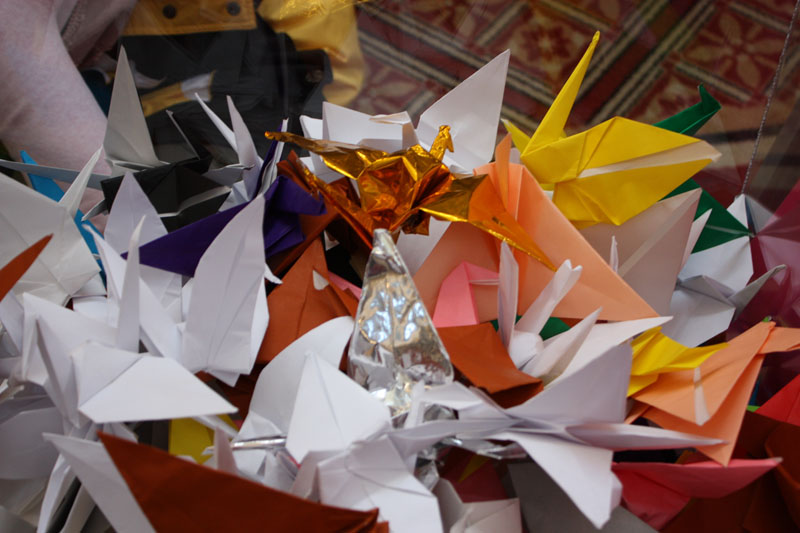 Photo: Participants could donate self-made origami swans as part of a fundraising effort.

Photo: Participants could donate self-made origami swans as part of a fundraising effort.

Not only can people physically and visibly show their support for Japan and the festival, but they can also financially support the relief effort in Japan. The National Cherry Blossom Festival is sponsoring donations – both at the festival and online — through the American Red Cross; all donations raised through this fundraising will go directly to the National Cherry Blossom Festival Red Cross Online Donation Site, and benefit the Japan Earthquake and Pacific Tsunami fund.

Besides the usual fundraising methods, the festival is also holding an online auction where a portion of the benefits will go to the Red Cross fund. Children donated their self-constructed origami cranes at the Family Day event directly preceding the Opening Ceremony. Every crane created and sent to the Bezos Family Foundation translated into a $2 donation to Architecture for Humanity to directly support reconstruction efforts in Japan. This project is a unique example of how the festival transformed art into support.

This year's National Cherry Blossom Festival combines the rich tradition of the cherry blossoms with a new aspect: that of aid and alliance. This year, amidst the parades and blooming pink blossoms rests the assurance that the United States truly stands by Japan.