From Ariana Grande to Takeoff, November is a month with music to remember

With countless artists releasing new music every day, it's impossible to listen to everything. Fortunately, SCO has you covered! Here's a guide to some of the new music released this November:

thank u, next — Ariana Grande

Singer-songwriter Ariana Grande released her new R&B single, "thank u, next," on Nov. 3. Through the lyrics, Grande acknowledges the lessons she learned from past relationships and champions self-love. The song begins, "Even almost got married / And for Pete, I'm so thankful / Wish I could say, 'Thank you' to Malcolm / 'Cause he was an angel," referencing her brief engagement to comedian Pete Davidson and relationship with rapper Mac Miller (whose real name was Malcolm James McCormick), who committed suicide in September. Grande talks about focusing on her relationship with herself, singing "But this [relationship] gon' last / 'Cause her name is Ari / And I'm so good with that," in the second verse. "thank u, next" is an anthem of self-empowerment and a perfect pick-me-up for when you're feeling low. 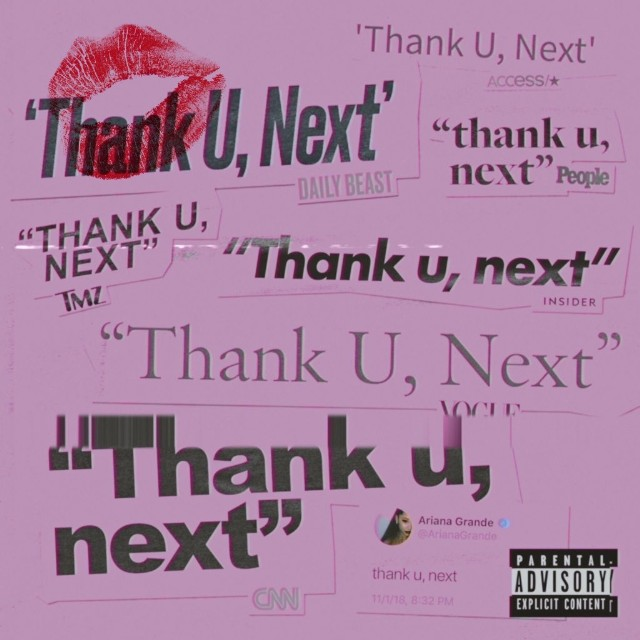 Metro Boomin, the producer of smash hits like Post Malone's "Congratulations," Migos' "Bad and Boujee" and Drake's "Jumpman," redefines the sound of hip-hop with his debut studio album, "Not All Heroes Wear Capes". All but four of the album's 13 songs feature another artist, including Gucci Mane, Travis Scott, 21 Savage and Drake. Metro brings out the best in his collaborators with creative beats and hard-hitting energy. Listening to the album's angry lyrics and spontaneous tempo changes is a roller coaster of a ride. Nonetheless, from flaunting his lavish lifestyle in "10AM / Save the World" to appreciating his success in lead single "No Complaints," Metro makes every second of his 43-minute-long album count.

Don't Mess Up My Tempo — EXO

South Korean-Chinese boy band EXO released their fifth studio album "Don't Mess Up My Tempo" in early November with the title song "Tempo." According to Genius, the album's title is a warning not to 'mess up the tempo' of a relationship, in this case that between EXO and their fans. Released in both Korean and Mandarin Chinese, "Tempo" is a hip-hop dance track featuring a pulsating beat and an a cappella harmony. The other nine songs on the album showcase genres from Latin pop to R&B, demonstrating EXO's ability to pull off a diverse range of styles. Reaching #1 on iTunes album charts in 46 countries, "Don't Mess Up My Tempo" signifies the growing popularity of K-pop worldwide.

"I Used To Know Her: Part 2" is the sequel to "I Used To Know Her: The Prelude," which singer H.E.R. released in August. Gabriella Wilson chose "H.E.R." as her stage name to preserve mystery around her identity and act as a voice for women. For instance, in "Prelude" track "Lost Souls," she raps, "Say you empower women, ay / But don't acknowledge them / Feminism not what you embodyin'." While "Prelude" was rooted in hip-hop, "Part 2" is definitively an R&B album, complete with acoustic guitar and piano to create a softer sound. The album's chill vibes are perfect for helping you to relax while studying.

Rapper and singer Jon Bellion's sophomore studio album, "Glory Sound Prep," consists of 10 tracks that weave together R&B, pop, and hip-hop. His unique lilting voice makes this album come alive and touches listeners' heart with his reflective lyrics. In "Conversations with my Wife," Bellion sings, "Will you love me when my phone turns off? / I don't want to be some digital Jesus." In these lines, he asks his wife to run away with him from social media and the digital spotlight. Overall, the album's mid-tempo beats and cinematic melodies make it well-suited to listen to during a long drive.

Takeoff, best known as a member of the popular hip-hop trio Migos, released his debut studio album "The Last Rocket" on Nov. 2. Although Takeoff is Migos' youngest and least prominent member, "The Last Rocket" is a testament to his immense talent as a rapper. Through story-telling lyrics and a versatile flow, the album reveals Takeoff's skills and personality. The album's final lines, taken from a sample from Felix Baumgartner's space jump in 2012, are a tribute to Takeoff's hard work: "So more than 24 miles up, successful after all this training, all this work, all this time." Told through his lyrics, Takeoff's story of hard-earned success will definitely inspire and lift up his listeners.