Junior Judy Goldstein dyed her hair purple at home after her family did the same. “I didn’t want to be like every other girl that dyes their hair in quarantine, but then my sister dyed her hair purple… Just because my little sister dyes her hair doesn't mean I'm going to. But then my mom, who is an attorney, and forty or whatever, dyed her hair, too,” she says. “Then I was like, ‘Well, okay.’ 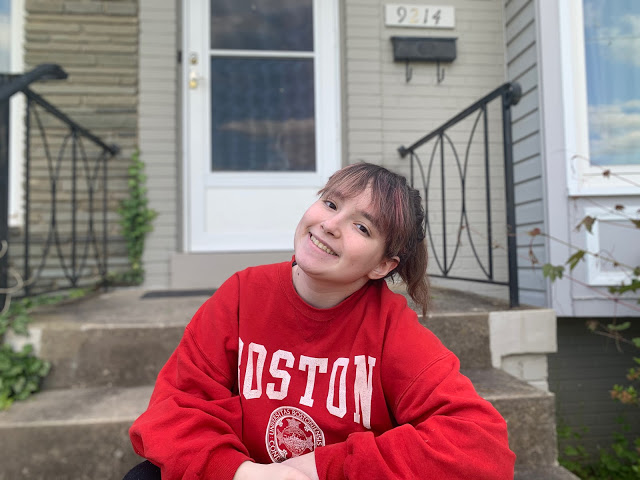 Styling her own hair was easier than Goldstein expected. “It really wasn't that difficult. I've seen TikToks of people doing it by themselves,” she says. “It’s really grown on me.”

At the end of the day, though, it was not as serious as Goldstein anticipated it would be. “I think before I did it, I thought it would be a really big deal, but I think it hasn't really been,” she says. “It's just been something minimal to control what I can control.”

Senior Jennifer Ren is a little more used to taking control of her hair. “I already cut my own hair,” she says. “I'm too broke to go to a barber… The only time I've been to a barber was in China, and they messed up my hair pretty badly. It did not look good; it was really uneven.”

However, in quarantine, peer pressure factored into her decision to get bangs in a spur-of-the-moment decision. “My friend, Emmy, got bangs, and then she was like, ‘You should get bangs, too,’” she says. “I thought, ‘why not.’”

But Ren is not pleased with how her bangs turned out, as her rushed decision became more and more abysmal as she put more work into it. “I cut my hair about four times,” she says. “The first time I cut it, it was long, then I needed to trim it. I cut it again so it was shorter, but then it still looked really bad, then I tried to fix it. Every time I tried to fix it, it got worse. Eventually I just stopped.” 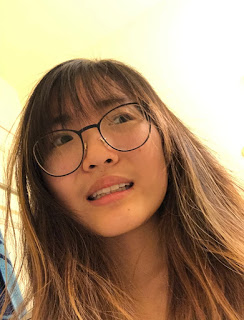 Photo: Blair senior Jennifer Ren cut her own bangs due to peer pressure amidst quarantine

Photo: Blair senior Jennifer Ren cut her own bangs due to peer pressure amidst quarantine

To make matters worse, Ren’s new bangs also bother her throughout the day. “It's really annoying having hair in my face,” she adds. “Every day I just take bobby pins and clip them up. I'm just waiting for them to grow out.”

However, there are still positives to glean from the experience for Ren. “It kind of serves a purpose: Now I know bangs are not the look for me,” she says. “There aren't really any negative consequences because we are in quarantine, so no one is going to see me for at least a month.”

Reflecting on her decision, she has some advice to give to potential hair-transformers. “Go for it,” she says. “If it looks bad, then it's fine, you're not going to see anyone for a while. But then if it looks good, you can replicate it again after quarantine… Just go for all your dumb hair decisions. Don't think about it too much.”