A need for a referee

Just a few months ago, the Fédération Internationale de Football Association (FIFA) World Cup was all that anybody could talk about. The hosting country, South Africa, became the hot spot of the summer. It seemed like for an entire month, people of all nationalities put their disagreements aside and instead focused their attention on watching and analyzing each goal, foul and slip-up. 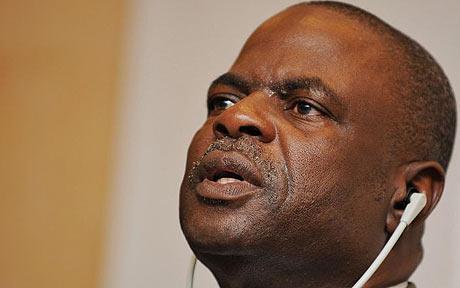 But the spirit of unity that came with the tournament was fleeting; the minute the World Cup ended, the competition to become the next host country started heating up. That competition is currently at full steam as Dec. 2, the bidding day for both the 2018 and 2022 World Cups, quickly approaches.

Throughout the bidding season, several scandals surrounding the Cup have hit the news. Most recently, two FIFA officials allegedly offered to sell their votes for the 2018 World Cup. Nigerian official Amos Adamu offered to sell his vote for around $800,000 and FIFA Vice President Reynald Temarii of Tahiti asked for around $2.3 million.

Adamu also claims that Russia bribed him for his vote by offering "co-operation" in building facilities and training players. Russian representatives have vehemently denied these claims, but it does not help that Adamu took a trip to Moscow in late August and was given tours of facilities and venues. Additionally, Qatar and Spain-Portugal are also facing accusations that they agreed to exchange votes by bidding for alternating summers.

Until now, England was thought to be the leading team to host the 2018 Cup. But BBC and Sunday Times investigations of FIFA's corruption are harming England's reputation among remaining officials as well as the organization as a whole. However, it is unjust that the "whistle blowing" by the British media may prevent England from hosting. If FIFA officials and bidding nations are corrupt, the media has every right to expose the truth.

As a result of all of the accusations of dishonesty that have been swirling about, FIFA considered postponing the selection vote for the future hosts, in order to allow time for formal investigations to take place. It decided instead to suspend involved FIFA officials, and is continuing investigations of the countries in question even as the bidding date looms ahead.

Logistically, this may have been a wise decision; it is important to have a host country selected as early as possible so their planning of the event can begin. But ethically, FIFA's decision shows a priority for timeliness over integrity. If something is revealed or confirmed in the investigations and comes out after the hosts are selected, FIFA will not only look reckless but less respectable as well. It was a risky move on FIFA's part, but hopefully all of the accusations were false.

In their zeal to host the most popular sporting event of the world, many nations seem to have trashed the FIFA principles of unity and integrity. All of the backdoor deals that have taken place show deceitfulness and disrespect for the competition as well as FIFA itself. As a credited organization, it is FIFA's responsibility to ensure that it does everything in its power to make sure that the future World Cups are fair and equal for all countries. Foul play should never be welcomed in the World Cup, whether it is on or off the field.