A passion for Shakespeare

Most Blair students are familiar by now with the announcement that happens every year in English classes across the school. "Time to start the Shakespeare unit!" Chances are that half the class audibly groans. But junior Ronee Goldman is secretly smiling. 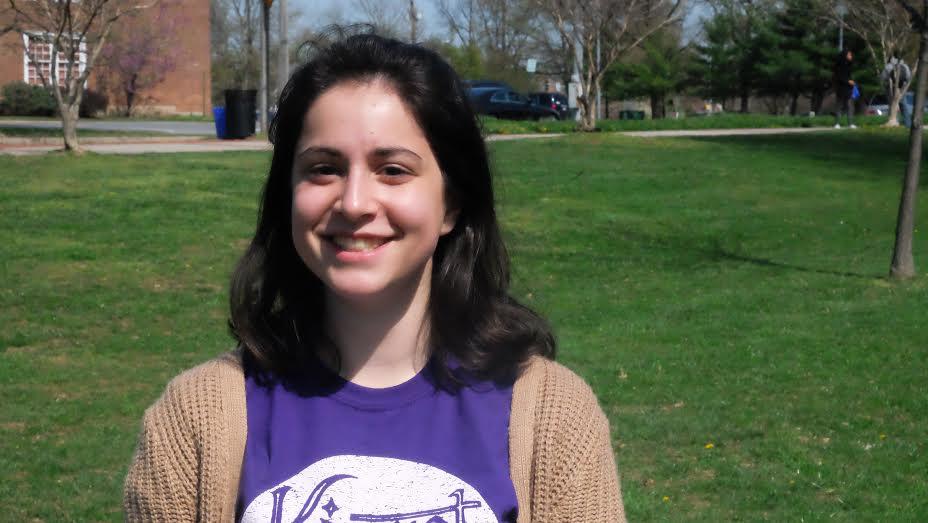 Photo: Junior Ronee Goldman is going to the final round of the English Speaking Union (ESU) National Shakespeare Competition.

Junior Ronee Goldman is going to the final round of the English Speaking Union (ESU) National Shakespeare Competition. Photo courtesy of Luc Picone.

Goldman believes that everyone can love Shakespeare, no matter how strange and foreign the language may seem to modern audiences. "I believe that anyone can understand it. If it is acted well and directed well, it's not something that's scary," she says. It is this passion for Shakespeare and acting that has carried her to the final round of the English Speaking Union (ESU) National Shakespeare Competition.

As a part of the competition, approximately 20,000 students from nearly 60 ESU Branch communities read, analyze, perform and recite Shakespearean monologues and sonnets in three qualifying stages: school, community and national levels. The final round, which Goldman will attend with around 60 other students from across the country, will be held in early May in New York City.

Earlier this year, Goldman was approached by English and Theater teacher Kelly O'Connor, who also directs Blair's school productions. She encouraged Goldman to audition for the National Shakespeare Competition, and helped her select her pieces. While O'Connor has never had Goldman in a class, Goldman helped with script work in Blair's fall play last year, Much Ado About Nothing. "She did a lot of one-on-one text work and shared what she had learned with cast members," O'Connor says. O'Connor has been coaching students for this competition since she started teaching at Blair, but this is the first year that one of them has won the branch competition.

Goldman chose the jailer's daughter's monologue from Two Noble Kinsmen and Sonnet 40. While the humorous monologue came easily for Goldman, the sonnet was more difficult. She spent lots of time analyzing and practicing, both on her own and with the help of O'Connor. Shakespeare's sonnets are known for being tricky to understand, and Sonnet 40 is no different. "It was a really hard sonnet but it was compelling to me. The poet is in love with this person who stole their lover, so it's kind of a defeated moment," Goldman says. "I wanted a darker sonnet or a sadder sonnet to go along with my monologue, which was a comedy piece."

On February 29, Goldman competed at the at the ESU National Shakespeare DC Branch competition. In addition to competing, she and the other contestants also saw professional actors perform monologues. "They were incredible, so natural," Goldman remembers. After performing her pieces, Goldman was chosen as the winner, and along with the chance to move on to the final round, Goldman also received a $500 cash prize.

From May 1 May 3, Goldman will be in New York City for the final round of competition. A major part of Goldman's excitement comes from all of the other things that she will get to do in New York besides compete. "It's people from all across the country and we're just going to spend the weekend together. We're going to have master classes again and I think see a Broadway show and sightsee," she says with a smile. "I will obviously put my best foot forward for the competition. I'm going to try my hardest to win, but if I get out the first round it's not going to ruin my experience." The first place winner gets a scholarship to the Royal Academy of Dramatic Art's Young Actors Summer School in London, the second place winner gets a scholarship to the American Shakespeare Center's Theatre Camp in Virginia, and the third place winner gets a $500 cash prize.

Whether or not she wins, Goldman is just happy to have the opportunity to compete and interact with new people. "I love being in programs where you get to meet people from all over the country. I think that's so cool, so I'm just excited to meet all those people and do exciting things," Goldman says happily.