On July 15th, 2014, Oklahoma officially became the newest state to take part in a new trend: the repealing of Common Core. Widely attacked by the nation's conservatives, the Common Core State Standards were unveiled in 2010, providing a set of standards for English and math curricula nationwide. Unfortunately, many of the standards' largely conservative opponents are badly misinformed about the effectiveness of the program.

These opponents say that as a federal mandate, Common Core is simply a tool of the government to further regulate the public, that it actually lowers standards, and as a whole is not an effective program. But this push by conservatives to repeal Common Core is purely political and has nothing to do with the effectiveness of the program.

Common Core is not a federal mandate but a state-led agreement and it is not part of any government program or initiative. It is the product of discussions between state education departments and private non-profit organizations, with a goal of preparing students for college and later careers by ensuring that everyone learns the same concepts. It was created by looking at the best state standards and feedback from the public, as well as relying on the experience of teachers, content experts, and states. Since widespread implementation of Common Core, high school graduation rates have been higher and remediation costs have been lower. So far, the Common Core standards have not deteriorated our educational curricula. Rather, they have benefited a majority of students nationwide.

Although connected to President Obama's Race to the Top education program (RTTT), the federal government was never involved with Common Core's development. It is important to note that the standards for Common Core were agreed upon before the RTTT program was unveiled. Additionally, Common Core is not implemented through No Child Left Behind (the federal government's educational reform program), as many believe. What the federal government has done is encourage states to adopt the program--since Common Core participation is voluntary—by linking grant funding to the fulfillment of its standards. RTTT includes extra points for states who adopt Common Core; states adopt the program in order to better position themselves to receive grant money. The adoption of Common Core was a voluntary act—45 out of 50 states adopted it—and three states have successfully repealed it. It is clearly not a federal mandate.

Opponents of Common Core think that by holding all states to the same goals, Common Core forces states with high standards to take a step backward. However, since the program began there has been an explicit agreement that no state will lower their standards. The Common Core requirements are based on those of states and counties with top-performing education systems. 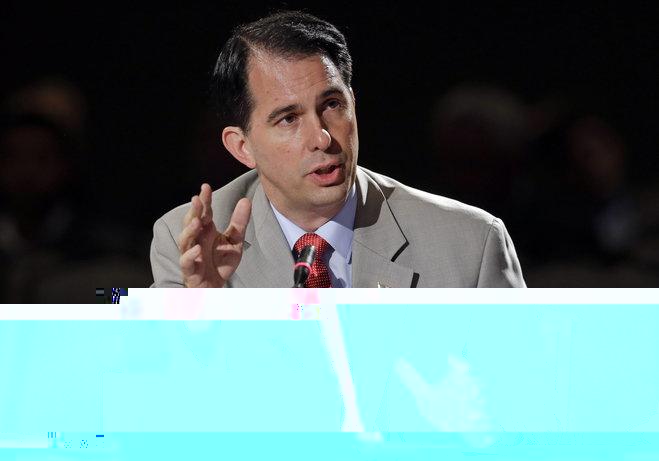 Photo: Wisconsin governor Scott Walker has been among the most prominent Common Core opponents

Photo: Wisconsin governor Scott Walker has been among the most prominent Common Core opponents Photo courtesy of Milwaukee Journal Sentinel.

If not for any reason based on Common Core itself, why is it being repealed? It's almost exclusively a political move. The most recent and outspoken critic of Common Core is Scott Walker, governor of Wisconsin. A moderate Republican, Walker is looking to better his position in preparation of the 2016 gubernatorial elections. In a November 26 letter to Walker, 39 leaders of various tea-party groups nationwide asked for a definitive statement on the issue. "Silence or perceived indifference on this issue would only implicate you in the education and political nightmare that [Common Core] is already becoming," it read. "We would not wish for you to be caught on the wrong side of this or in any backlash." By declaring his opposition to Common Core, Governor Walker is securing the votes of any tea party conservatives not already voting for him. It's obviously a political move; Walker's outcry is poorly timed for anything else. For one thing, his state's legislature isn't even in session. And he offers no valid reasons why a Common Core repeal in Wisconsin is a positive action, or any alternate plans for moving forward. Walker is only attempting to tighten his conservative base and play off of tea party members in the next election. It's an extremely transparent political move. "It's campaign season in Wisconsin and around the country," Wisconsin State Superintendent Tony Evers said "and not surprisingly, politics trumps sound policy."

When all is said and done, Common Core curriculum is an effective, state-driven effort to increase college and career preparation. The standards have increased high school graduation rates, as well as lowered remediation cost after high school. Aside from the political, there is no legitimate reason to repeal or abandon Common Core standards nationwide.