A rundown on February's music releases

Artists from all genres released new music this month

Silver Chips Online is back with another guide to the most recent music releases! From HOMESHAKE to Ariana Grande, we've got you covered.

Thank U, Next — Ariana Grande

Pop singer Ariana Grande released her fifth studio album, Thank U, Next, on February 8. A message of independence and self-empowerment features prominently in Grande's lyrics, as she sings with joy from overcoming the emotional trauma caused by the death of her ex-boyfriend Mac Miller and her break-up with comedian Pete Davidson. NASA is a song about needing space from a man; Grande sings, "Baby, you know time apart is beneficial / It's like I'm the universe and you'll be N-A-S-A." Her song 7 rings was inspired by the rings she bought for six of her friends, symbolizing the commitment she makes to her friends as opposed to a romantic partner. 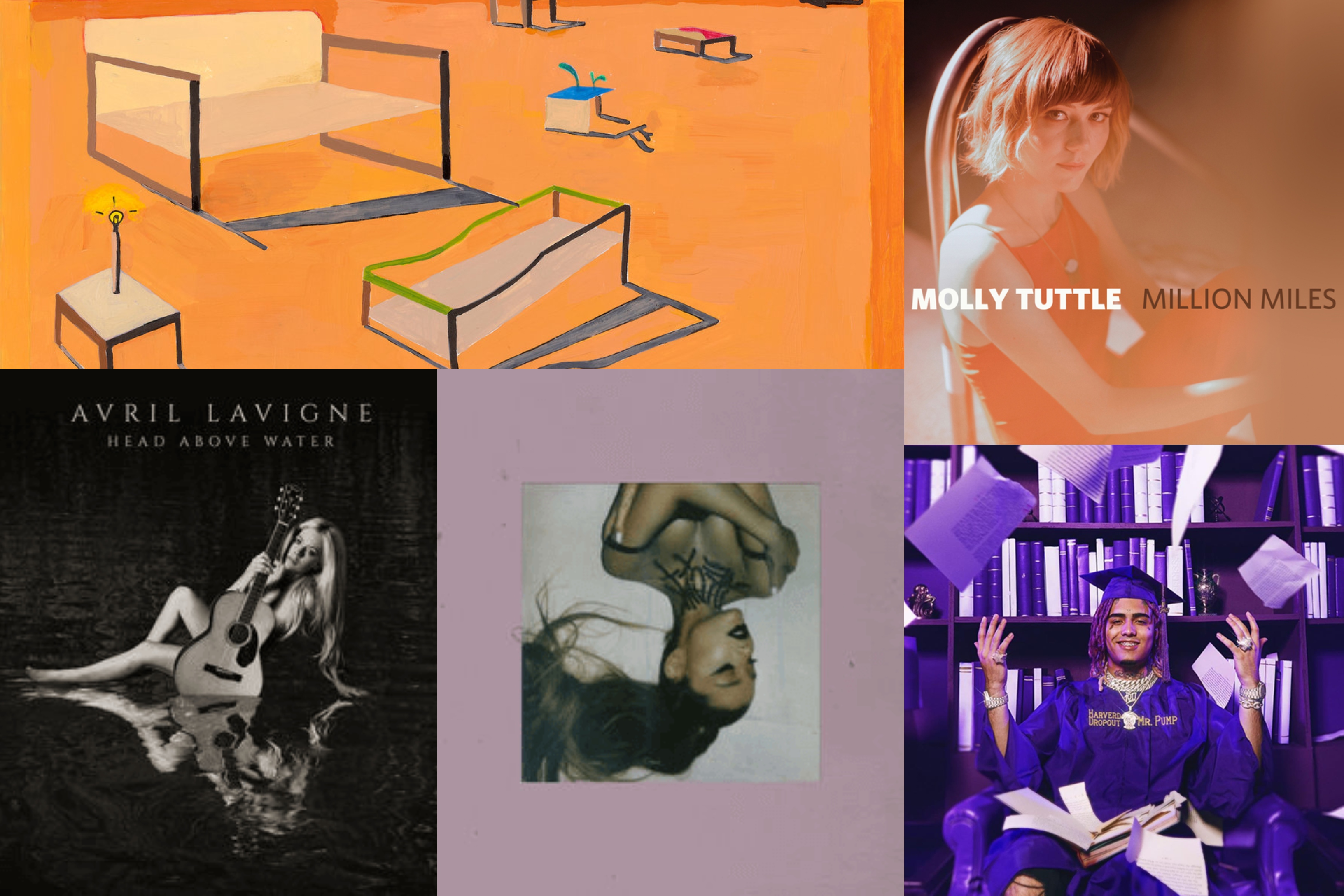 Photo: Artists from all genres released new music this month.

Photo: Artists from all genres released new music this month.

Guitarist and songwriter Molly Tuttle released her new song Million Miles on February 15. Songwriters Steve Poltz and Jewel began writing Million Miles more than 20 years ago, and Tuttle was introduced to the song during a writing session with Poltz. Tuttle, who dabbles in folk, bluegrass and Americana music, croons over a light acoustic melody: "If you were here / You'd be my lifeboat / Save me but / You're a million miles away." The song's country vibes bring back memories from the old days.

Homeshake, a musician based out of Montreal, Canada, released his fourth full-length album, Helium, on February 15. Homeshake has said he wants his music to be relaxing, and he succeeded on that front with this album, which mixes lo-fi R&B instrumentals with soft vocals. The songs have a dreamy quality; his lyrics talk about technology, solitude and fantasy distancing him from reality. In the upbeat R&B track Anything at All, he sings, "Everyone I know / Lives in my cell phone / I should probably put this down / I don't need a thing right now." The minimalist music is perfect to study or fall asleep to.

Head Above Water, the sixth studio album by Canadian singer Avril Lavigne, was released on February 15, six years since her last one. The album draws inspiration from Lavigne's battle with Lyme disease, with which she was diagnosed in 2014. The album's lead single of the same name is a pop rock song backed by piano, strings, synths and thunderous drums. The entire album is united by a common theme of fighting back and staying strong, as shown in Head Above Water's lyrics: "Yeah, my life is what I'm fighting for / Can't part the sea, can't reach the shore / And my voice becomes the driving force / I won't let this pull me overboard."