A warning about school Google products

In light of recent complaints about privacy, schools should cut back on Google product use

The Electronic Frontier Foundation (EFF), a nonprofit organization, filed a complaint with the Federal Trade Commission (FTC) on Dec. 1, 2015 about the lack of privacy students are afforded when using Google's Chromebooks and Google Apps for Education in school. The EFF accused Google of data mining students, or collecting and analyzing information from their use of the Google products provided by their education system. In Montgomery County Schools (MCPS), a county which uses multiple Google products, teachers should be wary of using Google products, particularly for out-of-class assignments. 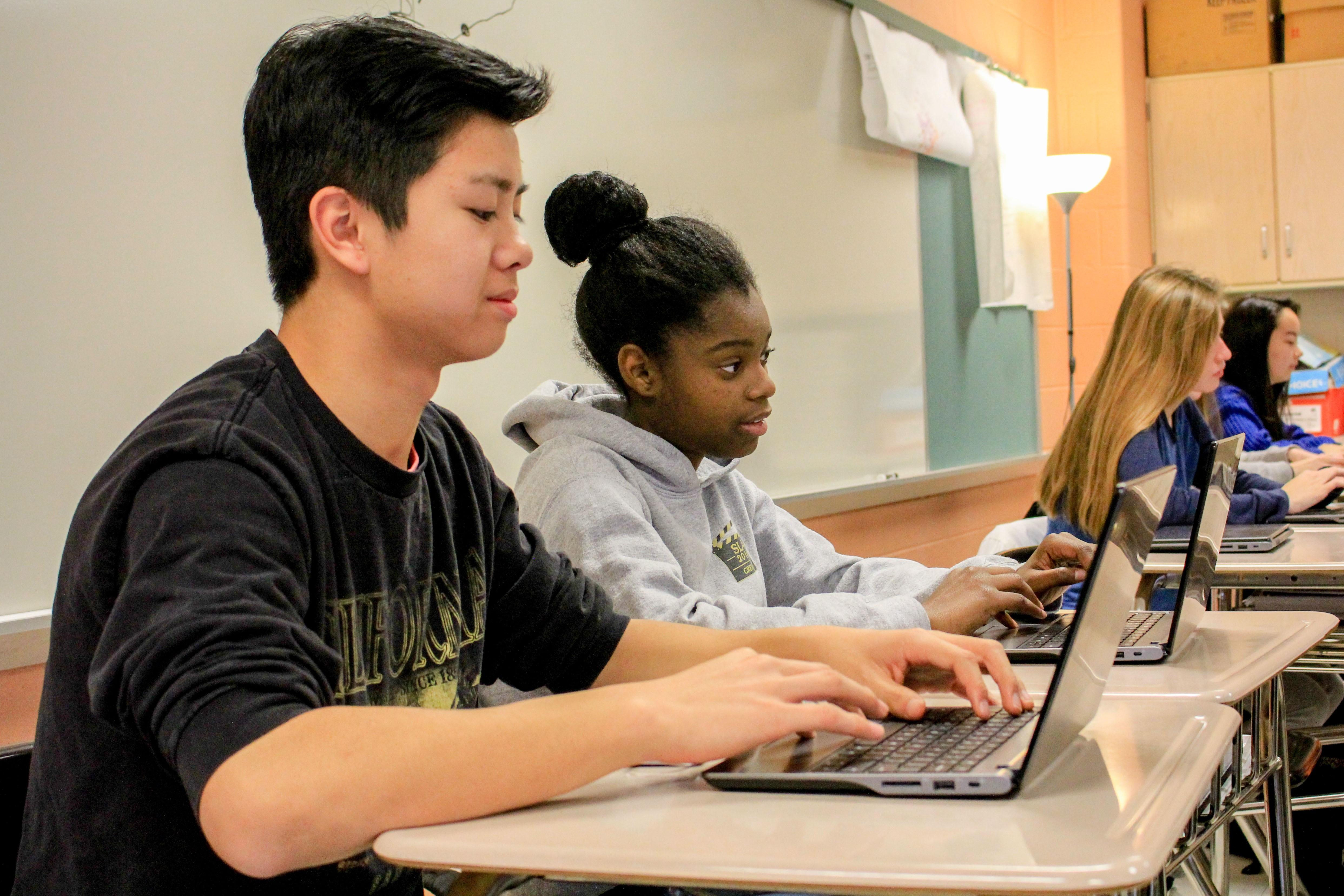 Photo: When students use Chromebooks and their MCPS Google accounts, Google has access to some information on their activities.

Photo: When students use Chromebooks and their MCPS Google accounts, Google has access to some information on their activities. Photo courtesy of Donald De Alwis.

While Google has pledged to not track students' use of its "education suite," which includes Gmail, Google Calendar and Google Docs, it has not made the same promises about other resources. This means that Google can see and use information about what students do on Google Search, YouTube, and other Google applications while signed into their school Google accounts. Additionally, a feature called "Chrome Sync" is automatically turned on in Chromebooks when they are initially purchased by schools. This feature allows users to anonymously share personal details such as browsing history and passwords between any two Chromebooks or Google Chrome accounts, but gives Google access to some of this information as well.Last year, MCPS created Google accounts for students, providing access to Google Apps for Education. The county then used these accounts for new Chromebooks in various classrooms throughout the county. In MCPS, Chromebooks are currently being used in high school social studies classes, and several third, fifth, and sixth grade classes as well. While the Chromebooks gained notoriety as the means of taking the Partnership for Assessment of Readiness for College and Careers (PARCC) tests, they are often used in several social studies classes for note-taking and in-class research. Many teachers also use the Google Classroom feature of the county's Google accounts to send information to and receive work from students at home.

The more teachers assign work via Google Classroom, and the use of Chromebooks is encouraged in class, the more students are exposed to Google's data mining. This is not to say that students are not already giving plenty of information to Google through personal Google accounts and the use of the web browser Google Chrome at home, but those situations are different. When setting up their own Google accounts, students agree to Google's terms of use themselves, and willingly surrender some of their privacy for the convenience of a free email account and other Google services. But when MCPS made Google accounts for its students, neither student, nor parental consent was sought - even though Google claims to require schools to acquire parental consent before using Google Apps for Education.

Although it's understood that the school will monitor activity on their devices, there should be more privacy from large corporations like Google. Even more disconcerting is that some teachers use Google Classroom for homework assignments, meaning that many students have to log into the school Google accounts from home or on their phones. This gives Google access to information about what students do in some Google products while logged into school accounts, even on private devices. This is an invasion of students' privacy, particularly as they were given no notice of Google's ability to see and use data about their Internet use.

In light of the EFF's recent complaint, MCPS as a whole should cut back on its use of Google products in school until they can be sure that students' privacy will be protected. Mixing students' education with the interests of large corporations is inappropriate, and should be halted immediately. Furthermore, students and parents, as well as teachers, should be informed of exactly what data of theirs Google can access and how it is being used, as this information is extremely difficult to find, if it is even explicitly stated anywhere. While Chromebooks and Google Apps for Education may provide conveniences for teaching and learning, they invade students' privacy and make students unknowing test subjects for Google.