A look into Blair's ESOL department

Up until last April, freshman Christelle Etienne lived in Port-au-Prince, Haiti. After moving to the United States and starting school at Blair, she suddenly came face-to-face with a school that dwarfed her old one and was filled with people who spoke a language far different from her native Creole. Etienne is one of around 300 students enrolled in Blair's English for speakers of other languages (ESOL) program. 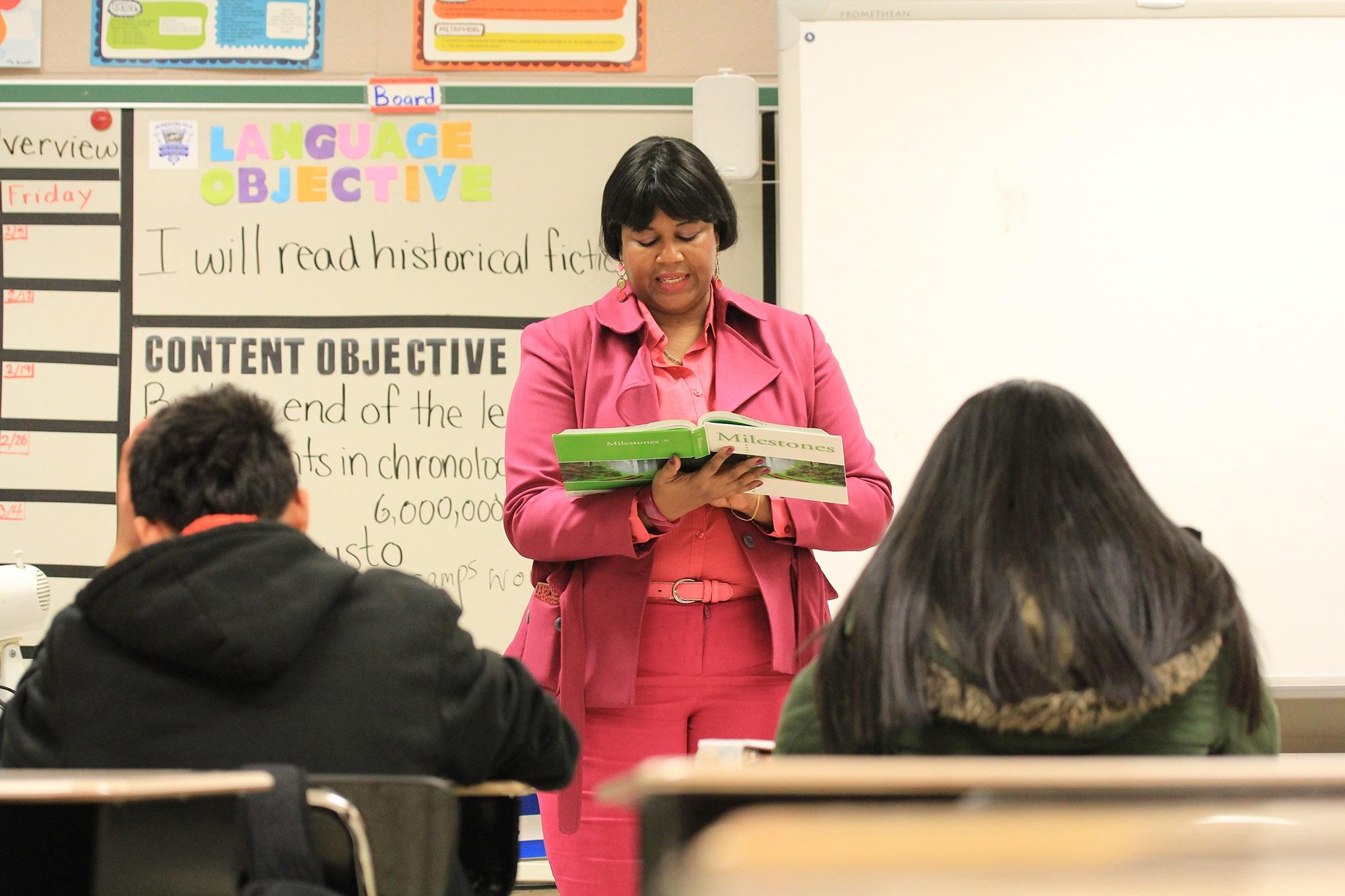 Photo: ESOL classes are made up of students from all over the world.

Photo: ESOL classes are made up of students from all over the world.

The students enrolled in ESOL classes hail from over 30 different countries, and speak around 20 different languages between them. Furthermore, almost 40 percent of Blair students have, at one point or another, been enrolled in ESOL classes. Though learning, as well as teaching, a new language in a new country can present vast challenges, it is a more common experience at Blair than many realize, and the work that students and teachers exert affects the entire school.

The ESOL department has 14 teachers who teach five different levels of classes. ESOL 1 classes are for students who know very little or no English, whereas ESOL 5 classes are for those who are almost finished with the program.

When a student arrives in Montgomery County from another country, he or she must go, with his or her transcript, to the School Counseling, Residency and International Admissions Office in Rockville. There, his or her transcript is evaluated and if the student is coming from a country that does not have English as an official language, or if the student speaks a language other than English at home, he or she is tested for ESOL. The student is then assigned a high school and, if appropriate, ESOL classes. 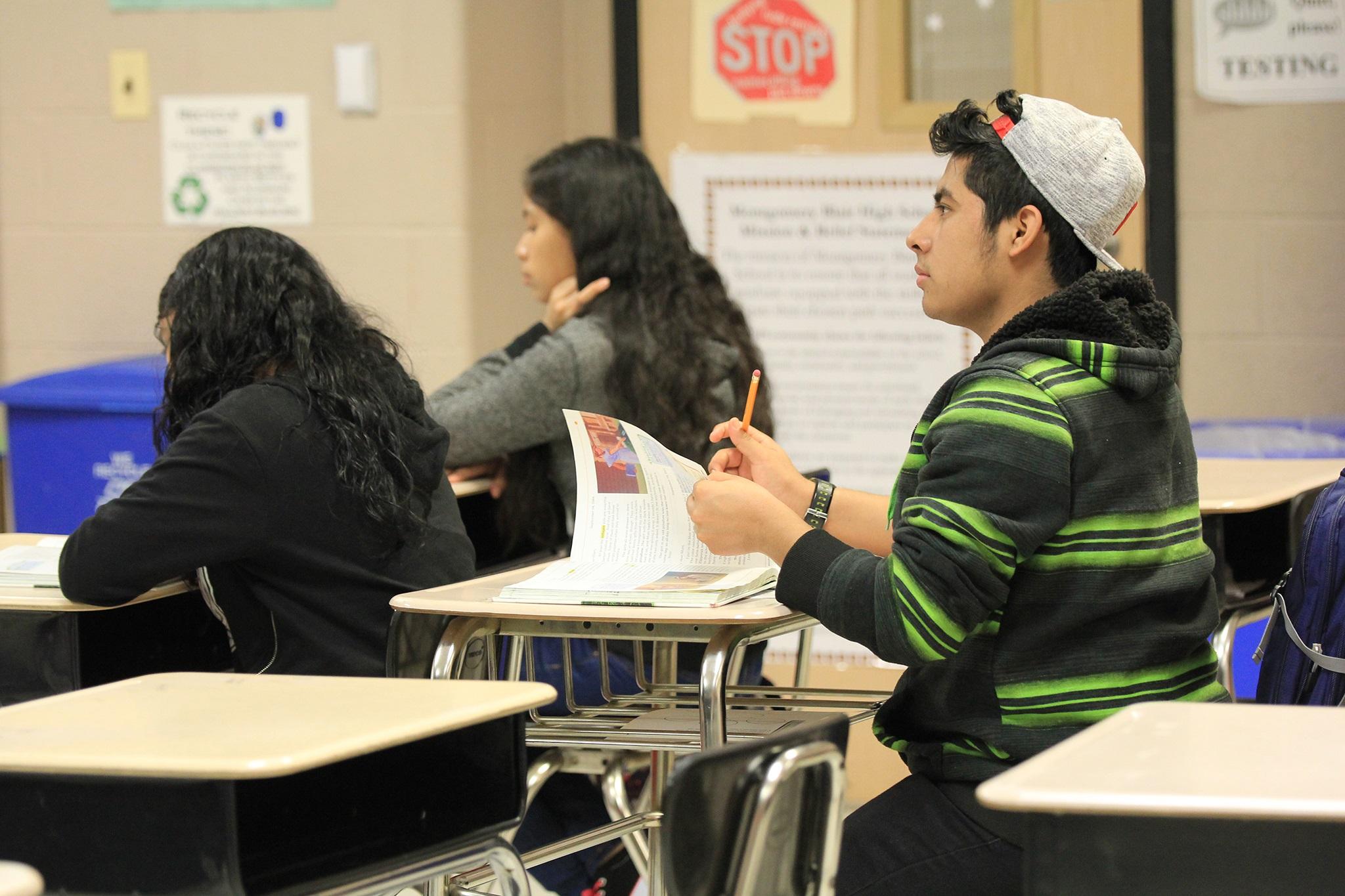 Photo: Almost 40 percent of Blair students have at some point been enrolled in ESOL classes.

Photo: Almost 40 percent of Blair students have at some point been enrolled in ESOL classes.

According to Adler, the amount of time a student spends in the ESOL program varies. "They say it takes five to seven years to really learn a language but five years is sometimes hard to measure because some students come in with some background so they can go faster," she explains. This means that, although some students may spend five years completing ESOL levels one through five, others do it in much less time.

Senior Patrick Okombi completed the ESOL program in just one and a half years. He came to Blair in 2013 from the Republic of the Congo. Although he now speaks five languages, he knew no English upon his arrival. "When I came, I knew nothing. I didn't know a word in English," he says. Nonetheless, he soon made friends, joined Blair's soccer team and adapted to the high school that he thought was far too big when he arrived.

One of the largest factors in his academic success was the quality of his ESOL teachers. "You know, when you come here, it's weird. You're in a class with a lot of people who came from different countries, but when you've got a good teacher, that's the best thing," he says.

According to freshman Long Lam, who moved to the U.S. from Vietnam three years ago, what makes the ESOL teachers so important is that they make their students feel comfortable. "Because we have accents and don't speak as well, it can be embarrassing in other classes but we feel comfortable in ESOL classes. The teachers are really helpful with that,” he says.

Teaching an ESOL class can be difficult. Often, students from different countries are not habituated to culture, language or school in the U.S. "Sometimes you take things for granted and start teaching one thing and you realize that you have to step back," ESOL history and reading teacher Natalie Waltz says.

For Etienne, one of these culture barriers came in learning U.S. history. "In Haiti, we learned the history of the world, not especially of the U.S.," she says. That means that, unlike many other students in Blair, Etienne had no background for the subject when she began. 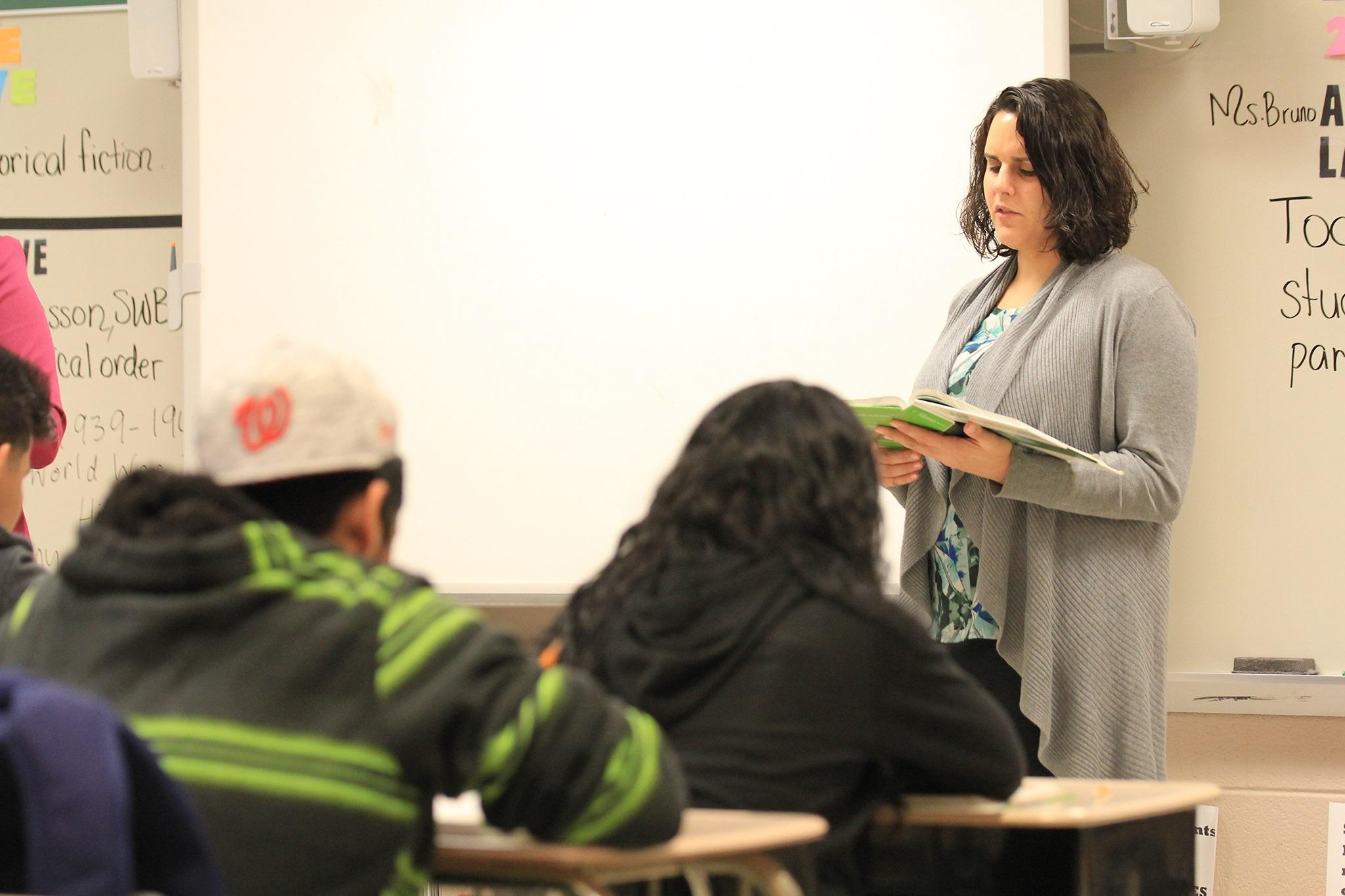 Photo: The 14 teachers in the ESOL department teach a variety of classes at different levels to help students learn English and get ready for other classes

Photo: The 14 teachers in the ESOL department teach a variety of classes at different levels to help students learn English and get ready for other classes

Another dilemma that ESOL teachers face is getting their students familiarized with computers and technology. About 75 percent of ESOL students do not have access to computers or Internet at home so, especially with lower level classes, teachers like Waltz try to compensate by using computers in class. "I try to get them on computers whenever I can even if it's just logging on," she says.

For Adler, the challenges of being the ESOL department head go beyond the classroom. "We are the advocates for the students here," she says. This can be especially difficult as many people do not appreciate the obstacles that those arriving from different countries must face. "People who have been speaking the same language their whole life may underestimate the challenge or many facets of the challenge of learning a new language," she says, emphasizing how much more work this requires beyond merely learning new vocabulary.

Nonetheless, the ESOL teachers enjoy their job and find it rewarding. For Adler, the students are the best part of her job. "They're very open and they're very grateful for help because they need so much help and the relationships and bonds are very rewarding," she says. Waltz agrees. "The students can be really sweet, especially since they may have come from a place where they couldn't go to school or the teacher may not have shown up half the time," she says.

Because the ESOL department is largely self-contained, especially at the earlier levels, many students and staff at Blair are unaware of its size and significance. For Adler, this is something that needs to be fixed. "I'd like to see ESOL students' contribution valued," she says. ESOL classes are an important part of helping students adapt to their new country and succeed academically but, above all, they are made up of hard-working students and teachers. So what does Adler most want people to understand? "ESOL is awesome," she says.