She is a bubbly, celebrity-obsessed romantic. He is a "man's man," cocky and cynical. When they finally kissed after one-and-a-half seasons of build-up at the end of January's mid-season finale, thousands of fans were left squealing. Now Mindy and Danny from "The Mindy Project" are back and the show effectively proves that two main characters can indeed get together without the show losing its comedic edge. 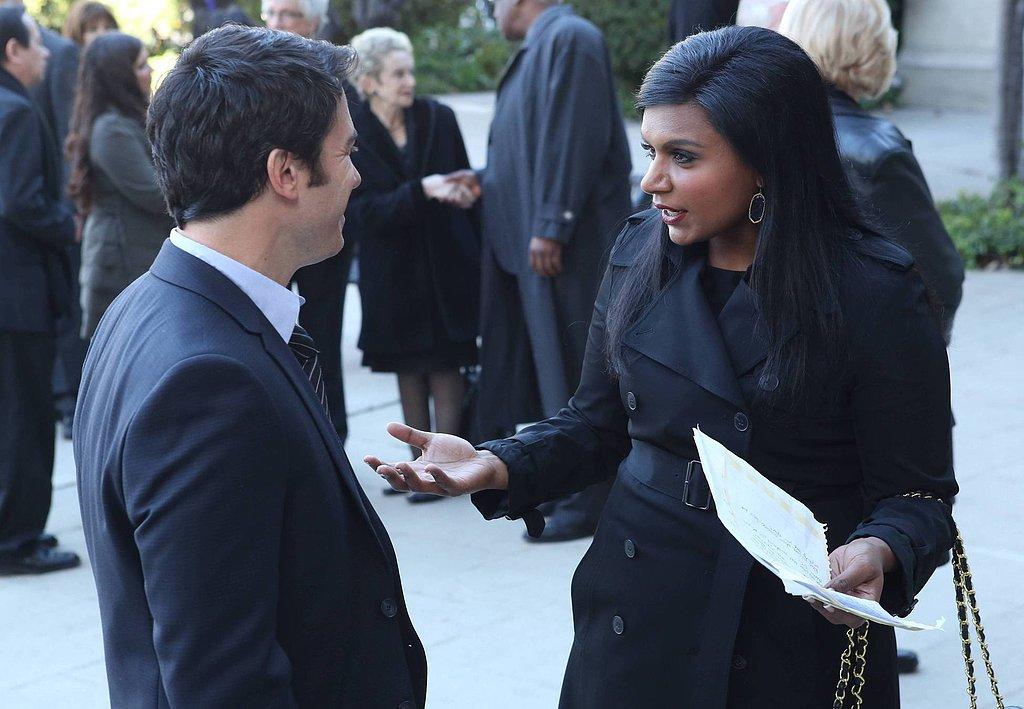 Photo: "The Mindy Project" mid-season premiere picks up where the show left off.

Photo: "The Mindy Project" mid-season premiere picks up where the show left off.

Last week's two-episode premiere of "The Mindy Project" picks up where the show left off before its hiatus: with romantic tension coming to a headway as Mindy (Mindy Kaling) and Danny (Chris Messina) make out on a plane. But what the show does right is not wasting unnecessary amounts of the plot on will-they-or-won't-they drama (see: Nick and Jess's early relationship in "New Girl"). Viewers are already long aware of the characters' enormous (yet previously suppressed) feelings for each other; all Danny has to say after they kiss is, "I'm going to count to three and if you don't kiss me, I'll realize this was a big mistake and return to my seat in humiliation. One, two, three… four," to win Mindy over and commence what is possibly the cutest television relationship on air.

However, Mindy and Danny still have obstacles to overcome—namely Cliff (Glenn Howerton), Mindy's ex-boyfriend who wants to get back together after receiving the letter Danny wrote in the January finale. The first episode sees Mindy desperately trying to break it off with Cliff, first by attempting to tell him about her and Danny and, when that doesn't succeed, trying to get him to break up with her. When Cliff's grandmother dies, his devastation ("No person should ever have to bury a grandparent") further complicates things. Fortunately, by the end—albeit after a funeral-gone-awry—Mindy just tells Cliff how she really feels, clearing the way for future Mindy-Danny goodness.

But if the first episode doesn't convince viewers that the new romance won't kill the show's comedy, the second episode of the two-part premiere definitely does. A tape of Mindy and her old boyfriend Tom surfaces, and while this may seem a cringe-worthy plot reminiscent of the Kardashians' rise to fame, Mindy's quest to take it down before Danny can see it is actually hilarious. This is when Mindy's co-worker, fratboy Peter (Adam Pally), finally shines. Mindy enlists Peter to help her, the two pay a visit to Tom and even travel to the website creators' office, with hilarious one-liners to boot. Of course Danny ends up seeing the tape, but Mindy realizes that she's way more interested in Danny than she was in Tom and the episode ends with Danny reading to Mindy from "Bridget Jones' Diary," her favorite book, in an adorable British accent. Cue swooning.

Other highlights? There's a mariachi band, a well-meaning yet disastrous eulogy ("Irregardless, we feel sadliness") and amazing comic timing as always from Howerton. The only downside was the lack of Beverly, Jeremy and Tamara, some of Mindy's other co-workers, but hopefully the show will sport bigger roles for its supporting characters in the future as the Danny-Mindy storyline progresses.

Overall, the mid-season premiere was funny, sweet and a little over-the-top, but what "Mindy Project" episode isn't? It's safe to say that Mindy is back and kicking.