Things to think about in the wake of the Parisian massacre

Frenchman Francois-Marie Arouet, better known as Voltaire, once said, "I do not agree with what you have to say, but I'll defend to the death your right to say it." It is this concept that was deep-rooted in the hearts of the Parisians and the people of the world as they rallied behind France after the shooting at Charlie Hebdo on January 7.

The massacre, which left 12 people dead, was in retaliation to the newspaper's history of satirical portrayals of Muhammad, some of which featured nude cartoons of the prophet. In 2011, the magazine published a front-page caricature of the Islamic prophet saying, "100 lashes if you don't die of laughter." A series of attacks followed in 2011 and in 2012; however, the magazine did not back down in publishing its inflammatory material.

Photo: Memorials have sprung up commemorating the losses of the Charlie Hebdo staff.

Photo: Memorials have sprung up commemorating the losses of the Charlie Hebdo staff.

In the attack on Jan. 7, brothers Cherif and Said Kouachi forced their way into Charlie Hebdo's newsroom and opened fire. They then asked for and murdered Stephane Charbonnier, the editor-in-chief of the magazine, as well as three other members of the editorial staff. The gunmen were pursued by the police in what became a two-day manhunt. On the morning of Jan. 9, the two men were killed. Read the full story here.

Understandably, the attack shocked and frightened many world leaders and politicians, who must now continue to find ways to ensure the rights of the citizens while preventing violent outbreaks. In the wake of the shooting, some politicians are vying for more Internet censorship and surveillance to prevent terrorism. These ministers want Internet service providers to take down online content "that aims to incite hatred and terror." The initiatives are a continuation of the strict measures limiting freedom of speech and expression already in place in Europe. The French and German governments, for example, have forced Internet firms like Yahoo and Twitter to remove Nazi propaganda. There are many benefits to monitoring suspicious Internet activity, especially since terrorist groups such as ISIS recruit online worldwide. However, it is important to make sure that such censorship does not infringe upon human rights to self-expression.

So what does this mean for the politically charged "Je suis Charlie" and its equally powerful spin-offs such as "Ich bin Charlie" and "Yo soy Charlie"? Well, it signals that despite what political leaders claim, and their evident display of support in the march, they are still uncomfortable with the left-wing media's religious mocking. Understandably, politicians want to take any and all measures to prevent the loss of more lives, including applying restrictive measures on what is published by the media in print and online.

A movement against the newspaper's politically offensive 'satire' supports their sentiments. In the aftermath of the shooting, some have felt uneasy about the newspaper's publishing of inflammatory and racist images, and have started using the "I am not Charlie" hashtag to express their apprehension. The newspaper has built a reputation for such images, portraying a black government minister as a monkey and depicting many controversial images of the Islamic faith. Indeed, 'satire' may be an understatement for what the newspaper presents. Political satire usually refers to a type of mockery with a direct motive: the desire to ridicule some of the absurdities of politics or society in order to provide audiences with a fresh perspective. However, the so-called 'satirical' caricatures published by Hebdo seem to foster some of these absurdities and further polarize societal prejudices. In the field of political satire there is an implicit barrier between satire and browbeating, between free speech and libelous hate: a barrier that Hebdo crossed a long time ago. 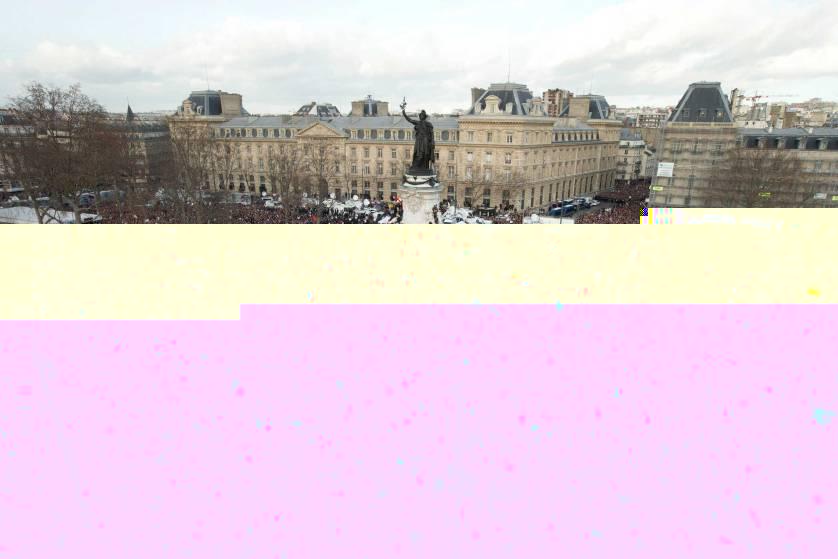 Photo: In Paris, the people marched in support of the Charlie Hebdo staff.

Photo: In Paris, the people marched in support of the Charlie Hebdo staff.

Charlie Hebdo went too far in its ridiculing. However, that does not mean that the journalists for the publication who died that day were not martyrs. They stood for what they believed in: the freedom of the press, even if that vision was marred by the nature of their publishing. They died for their views, and their lives must be remembered.

This tragedy presents European governments with a difficult task: how can they mitigate the unrest in the wake of the shooting, and, at the same time, find ways to prevent future massacres? Governments should be careful in their initiatives and make sure that it does not lead to growing blanket censorship; once the process of preventing harmful material starts, it can be difficult to draw the line between what is potentially harmful and what is not.

Voltaire would not have asked political leaders, or anyone, to agree with the sentiments issued by such publications. Hebdo's cartoons were lewd and offensive. However, he would have urged them to be careful when dealing with the rights of the press and the people to express themselves. Governments should not 'defend to the death' the rights of terrorist or hate-groups to publish whatever violent and harmful posts that they wish. They must, however, uphold a distinctive barrier between protective censorship and infringement of freedom of speech, and not cross it.