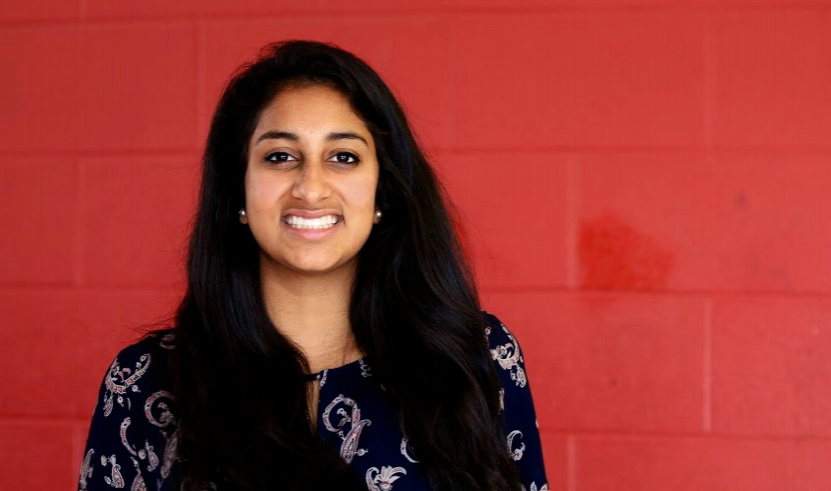 Name: Divya Rajagopal
Position: Managing Editor
Graduation Year: 2016
Hi! My name is Divya Rajagopal. I'm a junior and I love writing. I enjoy watching Suits and How I Met Your Mother and listening to Coldplay. I play tennis on my school team and ski in the winter.

Daylight Savings has nascent roots in ancient civilizations, and has developed into what it is today through practicality. However, whether we should keep DST around in this electronic age is a question that can only be addressed by the current members of society.

In the light of a recent fatal drunk driving accident, students and parents reflect on what happens when parents allow underage drinking in their house.

At least 129 victims died from a combination of deadly terror attacks in the Paris area this past Friday night.

The Washington Metropolitan Area Transit Authority (WMATA) Rider's Union, or WMATARU, formed during September of this year to vie for additional rail and bus services.

Behind the BNC makeover

Many Blazers have already noticed this year's changes to InfoFlow which include new intros and outros, faces and voices. However, many don't know the major changes BNC went through at the end of last year.

On May 19, Maryland joined the list of fifteen states that do not require parallel parking as part of the driver's license examination. The Maryland Motor Vehicles Administration (MVA) determined that the maneuvers required to parallel park were already being evaluated in other areas of the test, like the two-point turn.

"Star Wars": The Sith, the Force, and much more

"Star Wars" has not only gained immense popularity with individuals, but also brought people together as a collective to celebrate its splendor. We found some ardent Star Wars fans among our Blazers and asked them some questions about how they first connected with the fandom! We also asked for their expectations for the new movie.

Screenwriter and director Alex Garland weaves together philosophy, science and suspense to create an convincing plotline that leaves you shaken.

Boys' volleyball is defeated by BCC

The Blair boy's volleyball team had their senior night game against the BCC Barons and fell to their strong opponents, going down by the score of 25-14, 25-15, 25-21.

Blair's varsity volleyball team (4-3) fell to the undefeated Wheaton Knights in a close 4 set match with scores 25-15 24-26 25-19 25-14. Despite losing the game, the Blazers kept the score very close and played their hearts out with critical plays from both Ram Sreenivasan and Jeremy Du.

The Madness behind NCAA's Morals

There seems to be something quite un-American about the notion that the people who are working the hardest during March Madness are also the ones who don't receive any gain. College athletes deserve monetary compensation for their hard work.

Socioeconomics and the SAT

The SAT was introduced during the Progressive Era with the purpose of eliminating test bias. Unfortunately, following the boom of the testing industry and the dramatic increase in competitiveness for college admissions, the SAT has done exactly the opposite.

In the field of political satire there is an implicit barrier between satire and browbeating, between free speech and libelous hate: a barrier that Hebdo crossed a long time ago.

Do you love your body? (Part III)

Do you love your body? (Part II)

This three-part story will be updated every two days. To read Part I, click here.

Do you love your body? (Part I)

Girls and boys have learned to both constantly seek approval from and fear the judgment of the glassy surface of a mirror. American teenagers today are becoming less and less comfortable in their own skins.

October 20th saw the passing of a major cultural fashion icon and incredible human being.

On a chilly Saturday morning, Blazer alumni found themselves making their way to 313 Wayne Ave: the site of the 'old Blair,' which housed Blair for 63 years, from 1935 to 1998. The Blair graduates entered, looking around at the hallways that they had traversed in their teenage years.

Blair class of 2009 alumni Jean Fan founded her non-profit initiative CuSTEMized to motivate girls to envision themselves in science, math and technology careers.

In fact, social media's key role in the finding of missing and exploited persons is understated: if used correctly, it can be a powerful tool in gaining information and help.

It's a season with an abundance of pumpkins, so don't let them go to waste! SCO's guide to all things pumpkin will help you wile away the autumn hours with pumpkin recipes and activities.

Emma Watson, who was named the U.N. Women Goodwill Ambassador earlier this year, formally invited men to join the fight for gender equality at the launching of the #HeForShe campaign on Sept. 21.

Far from being sleepy or lethargic, Yu dives into the pool every day with the same goal: to perform better than she did yesterday.

The future of Turnitin.com at Blair

Turnitin.com began as a tool to catch cheaters. However, in the decade since, Turnitin.com has begun to offer versatile tools for teachers to implement in their classrooms.

North Korea's Children's Camp is just a false pretense of positivity for the government, instead of a genuine attempt by the government to create a nurturing community for children over the summer.

What makes a smaller tennis tournament different? Is it the low-key culture behind these smaller WTA and ATP tournaments, or the lack of substantial ranking points and prize money?

Caption: Sandeep David (left), Lauren Frost (middle), and Eleanor Cook (right) are here and ready to give you best (and most professional) advice for all things high school.