The Blair Blazers (3-1) demolished the Einstein Titans in a three set shutdown with scores of 25-8 25-3 25-12. Blair took a quick lead with junior Noah Matthews consistently serving for ten points. The team proceeded with stellar coordination and teamwork, communicating with each other for every point. The Blazers had a tremendous lead to start out, with a score of 13-2.

Moving towards the end of the first set, Blair was an unbeatable force at 20-4 with the Titans trailing miserably. The Titans then found a few openings to gain a few points before junior Jeremy Du closed the set with strong service.

The second set began with break blocking from junior captains Eric Chen and Albert Wang. The Blazers had a strong lead at 11-1 at the first timeout. The Titans lacked motivation and failed to return even less powerful serves. Blair continued in the second set, dominating the court with great teamwork from juniors David Hsu and Matthew Yu. Chen closed the second set at a crushing 25-3 with a powerful service game. 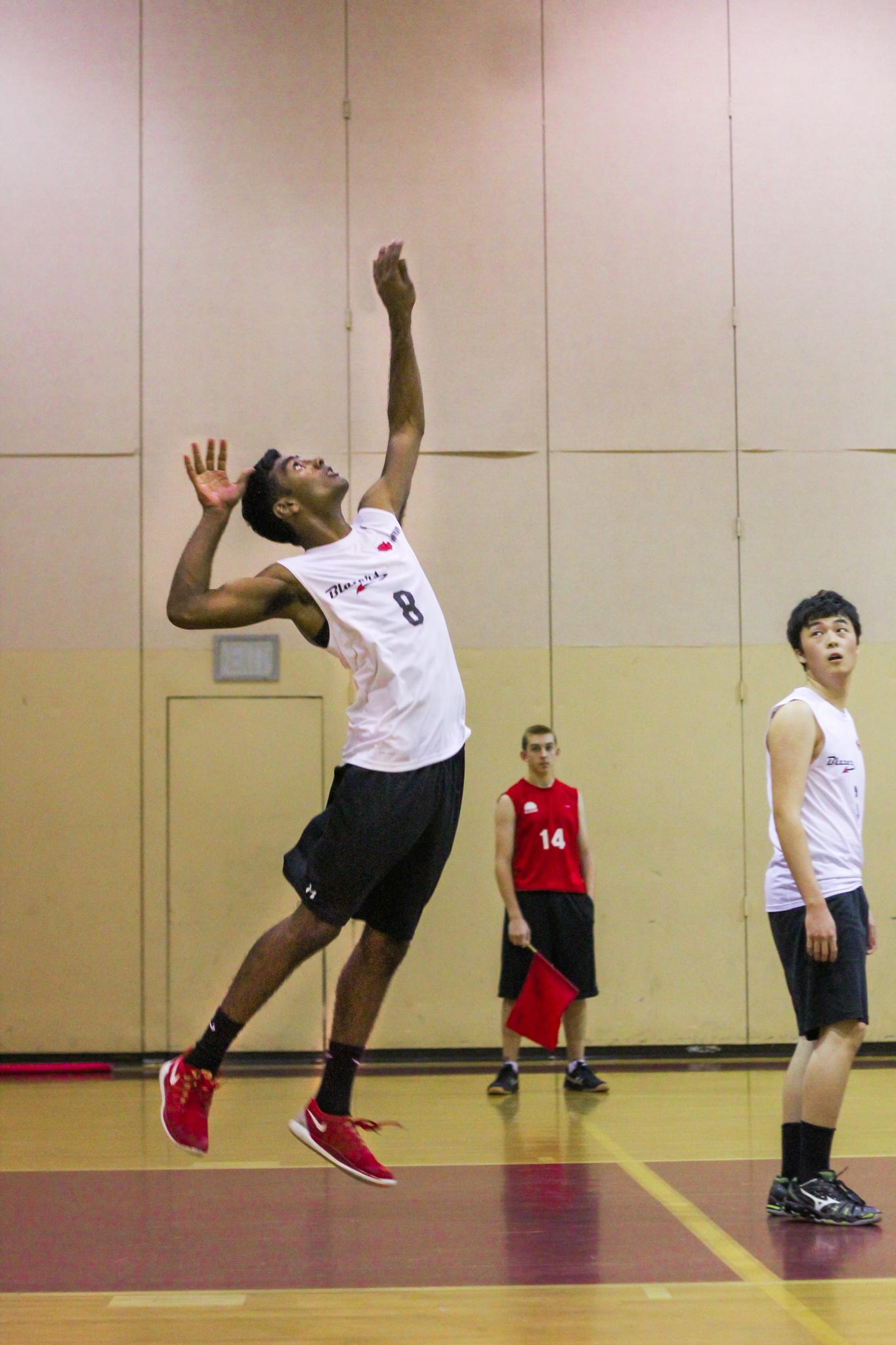 The Blazer's fast progress continued into the third set with several aces and good blocking and hitting from Yu and Chen. Einstein had a 6 point run late in the third set, making the score 20-11. However, Blair soon capitalized on several unforced errors from Einstein's servers to capture the third set swiftly.

Yu felt that although it was a quick and easy win, the team did not play to its full potential. "The team didn't play at 100%. We could definitely work on being more consistent and not taking things too easily," said Yu. Wang felt similarly, that the team needed to focus especially towards the ends of games. "We need a stronger close to games," Wang stated, "towards the end we started slacking a bit. We need to work on that against a tougher opponent like Wooton."