Director Wes Ball brings a thrilling adaptation of the "New York Times" bestselling dystopian novel "The Maze Runner," by James Dashner, to the big screen. The movie opened this weekend, aggregating an estimated 32.5 million dollars, and is expected to take in an estimated 37.6 million from 50 markets internationally.

The movie begins by throwing us straight into the gauntlet. Our eyes perceive a black screen while our ears are deluged by the overwhelming sounds of a motor being turned on and someone's breathing. We then see Thomas, tattered and hyperventilating, trying to find a way out of a metal elevator that is rapidly ascending. It's claustrophobic, exhilarating and intense.

This level of intensity is maintained throughout the the movie, helped along by the background music. American film composer John Paesano brings a variety of techniques to the movie soundtrack: Native drum beats and sequences create a deep and powerful effect, adding gravity to tense moments such as Thomas's confrontation with mutinous bully, Gally. The effective placement of crescendos and diminuendos also adds to the surging, fast-paced movement of the film.

The actors bring undeniable talent to the film. O'Brien has an authentic take on his character, Thomas. His ability to capture both the inner turmoil and the curiosity Thomas feels in the glade marks his strong performance. Other strong performances by Ameen, Hong Lee, Brodie-Sangster and Poulter give the movie its entrancing effect.

Another commendable effect introduced in the film is in Thomas's flashbacks. They're short, bright and dizzying; composed of a myriad of different events in his past. They leave the audience with a hint of the answer to the overarching question that plagues the boys: "Why are we here and who put us here?" 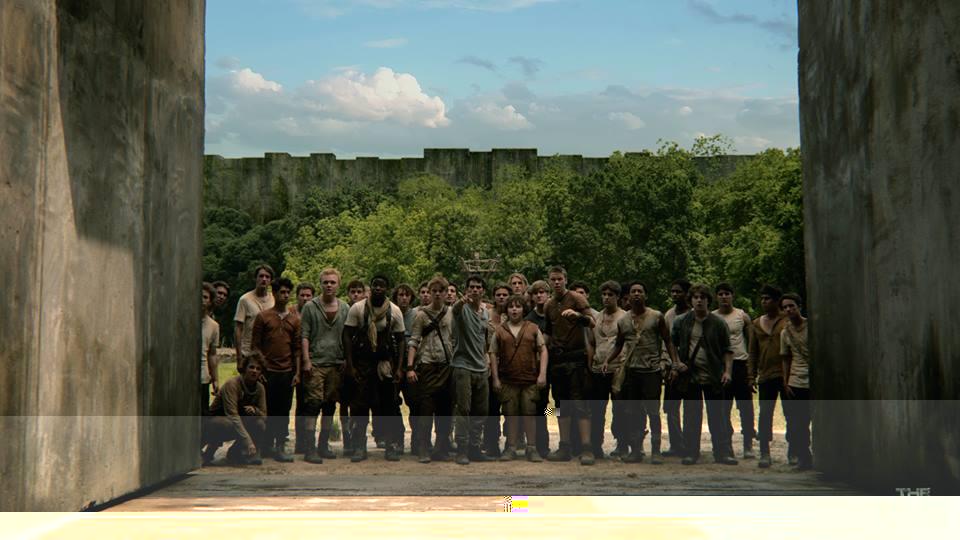 Photo: The boys stand on the threshold of the maze

Photo: The boys stand on the threshold of the maze

Although this question is captivating, the movie's constant mystery and suspenseful ending are somewhat overwhelming, making it seem like the first film in a larger franchise, a mere vehicle for what's to come. It makes the audience ask a plethora of questions throughout the movie. "What is WCKD?" they may ask, in reference to the recurring organization that has a part in the character's pasts. "How did these kids get chosen?" "Who actually built all this?" If they've read the series, they probably know the answers to these questions, but the movie alone does a poor job of making them clear. Although it hints at the answers at the end of the movie, it doesn't tie all the action-packed events in its 110 minutes to a definitive close. To satisfy their curiosity, the audience will definitely have to come back in a year's time to watch the planned sequel: "The Scorch Trials."

However, I can firmly assert that the Maze Runner is a crowd pleaser. It's engaging and delivers the dark angst that teenagers relish in dystopian worlds. Overall, it brings a refreshing, carefully morbid approach to the growing field of Young Adult science fiction adventures.