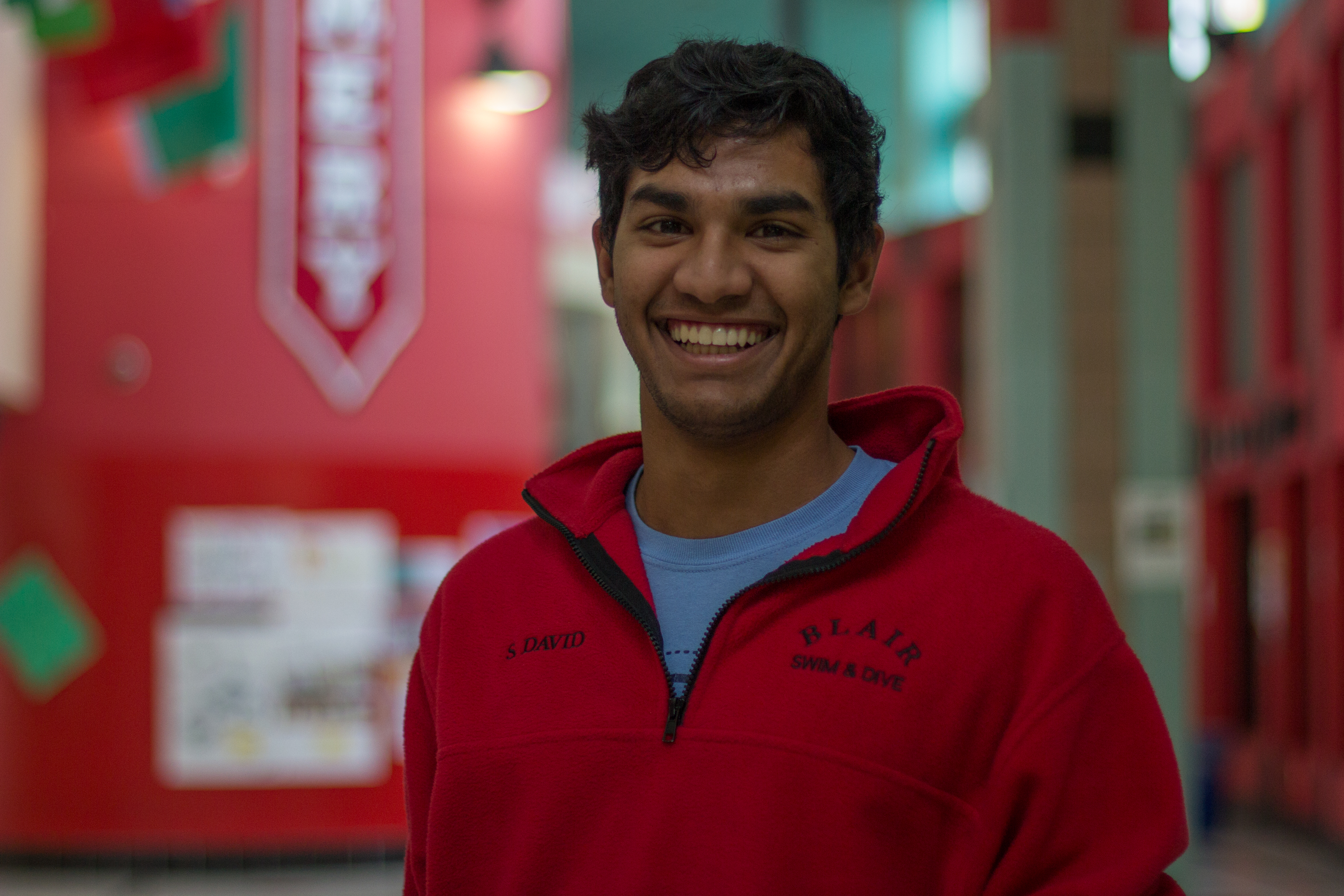 Break the mold: A look back at the Women's March

January 21, 2017 marked the second-highest Metro ridership and highest weekend Metro ridership in history, the primary reason for which being the Women's March On Washington. The Women's March was the biggest protest in American history, with millions of people raising their voices in solidarity. Even with its record-setting attendance and progressive message, the prevalence of white feminism overpowered other voices that matter.

The Disney princess franchise hits the mark again with "Moana", the story of a chief's daughter (not a princess), Moana (Auli'i Cravalho), who takes an adventure on the sea with the company of a shape-shifting demigod, Maui (Dwayne Johnson), and an irritating but lovably dim witted rooster to save the world from complete ecological destruction (pretty standard, as Disney films go). Though the plot may drag a little, "Moana" is a heartfelt and exciting movie for all.

The Blair Blazers (8-4-2) took down the Clarksburg Coyotes (2-8-2) 3-0 Wednesday on senior night. The offensive game was played mainly in Clarksburg's half of the field, with the defense making quick clearances downfield for the forwards.

Seniors Eric Lu and Arnold Mong, juniors Jamie Vinson and Alex Miao and sophomore Elliot Kienzle won the US Department of Energy National Science Bowl on May 2 at the National 4-H Youth Conference Center. The last time Blair won the national competition was in 1999. The team reached the top five in 2004 and in 2011, when Blair placed fourth and second place, respectively.

Cluttered with extraneous characters and dragging on for far longer than it needs to, Batman v. Superman is disjointed at best.

An annual study by United Van Lines reported that Maryland was the tenth most popular state to move out of in 2015.

Our prediction squad's standings continue to tighten up week after week. This week we see the Vikings battle for the lead of the NFC North, and the Panthers will try to remain undefeated against the offensively loaded Saints. Check out these predictions to see who our experts think will win these big games in Week 13.

Principal Renay Johnson and the Blair administration implemented a new policy on Oct. 25 banning students from plugging in their phones into outlets during class.

Hall of Famer and Blair graduate Tom Brown came to Blair to receive a golden football award from the National Football League (NFL) on Nov. 13. He spoke to student athletes about playing sports at collegiate and professional levels and the impact his teachers and coaches had on him.

The middle of the standings continue to shake up every week, as Lauren is climbing her way to the top. Bobby however, is pulling further and further away from the pack. Charlie continues to sink, as does Sandeep. How will things shape up for our prediction squad this week?

Girls' soccer worn down by Warriors

The Blazers (7-8-1) lost to the Sherwood Warriors (10-3) 4-0 in the second round of playoffs to end their season. The Blazers could not keep up with the intensity of the Warriors attack and fell behind as a result.

The Blazers (7-7-1) beat the Einstein Titans (3-8-1) 3-1 through good team play and quick counterattacks. The victory sent the Blazers into the next round of the playoffs to face Sherwood.

The eighth week of the NFL season is sure to be an exciting one. The highlight matchup is on Sunday night between the Packers and the Broncos. Within our experts, Bobby maintains a slim lead over the rest of the pack, while Charlie continues to fall further and further in last place.

The Blazers (6-7) lost to the Sherwood Warriors (9-1) 3-1 on Senior Night. Sherwood got off to a quick start with two goals in the first half to Blair's one. The Blazers had trouble getting to the ball and were constantly on the defensive.

The race is heating up between our prediction squad as Lauren has posted the best record in three consecutive weeks. Charlie's upset calls continue to backfire, and send him deeper into last place. While Bobby and Sandeep are in tight competition with one another for the top spot.

Bobby holds a slim lead over the pack, and Lauren is charging her way up from the bottom of the standings. With a number of big, decisive games this week, there should definitely be a shift in the standings coming soon.

Students in Material Sciences created a replica of the Washington Monument in early October of this year to be put in the Student Activity Center (SAC) courtyard, and will follow it up with a miniature Eiffel Tower.

The Blazers (6-4) lost to the Whitman Vikings (6-0) 3-0 in a tough defensive game on Monday night playing without captains Kelly Mayo and Joelle Nwulu.

Blair varsity boys' soccer (8-0) beat the Einstein Titans (6-2) 4-0 in a heated game that was close until the end. Throughout the game it looked as if the Blazers might lose their perfect record, but strong performances from senior forwards Sean Munroe and Jimmy McMillian led to late goals that eventually won Blair the game.

In a tough game, the Blazers (4-2) lost to the Churchill Bulldogs (3-1) by a score of 6-0. From the beginning, Churchill was dominant, scoring four goals in 20 minutes. After a slow start, the Blazers made the Bulldogs fight for every possession with a steady back line and quick counterattacks.

Blazers react to bell times being pushed back

Montgomery County Public Schools (MCPS) delayed start and end times for schools for the 2015-2016 school year. Students and faculty at Blair affected by this change reported that it has not made much of a difference to their regular days.

Blazers trying to catch a movie at the theater in Downtown Silver Spring will find that a change has been implemented: employees are now checking bags that moviegoers are bringing into the theater.

"Everest" leaves viewers at base camp

In a film that starts out at a plodding pace, director Baltasar Kormákur ramps up the intensity at the end to tell the story of the disaster in proper heartbreaking fashion.

As we get underway with a new school year, we are proud to be returning with a new season of SCO NFL Predictions. The staff is excited to welcome three newcomers to the game this season. Charlie Lott, Sandeep David, and Lauren Frost with help from Randi Herath are all eager to prove their knowledge of the game.

Though Marvel does not perform as well as it usually does, a viewer that goes in with ant-sized expectations will get a big surprise as "Ant-Man" still is a solid movie.

However, with the short-term Greek economic stimulus plan and possible $96 billion in assistance come a multitude of safety measures that will ultimately be detrimental to the Greek economy.

Trump's recent blunt speech regarding immigration will not gain him any followers from the Latino demographic. He blatantly stated that Mexican immigrants do not bring any value to the United States.

On June 26, a divided Supreme Court ruled in a five-to-four decision that same-sex couples nationwide have the Constitutional right to marry. Until the decision, same-sex couples were barred from marriage in fourteen states.

Senior defender Camille Franks goes in for a tackle.