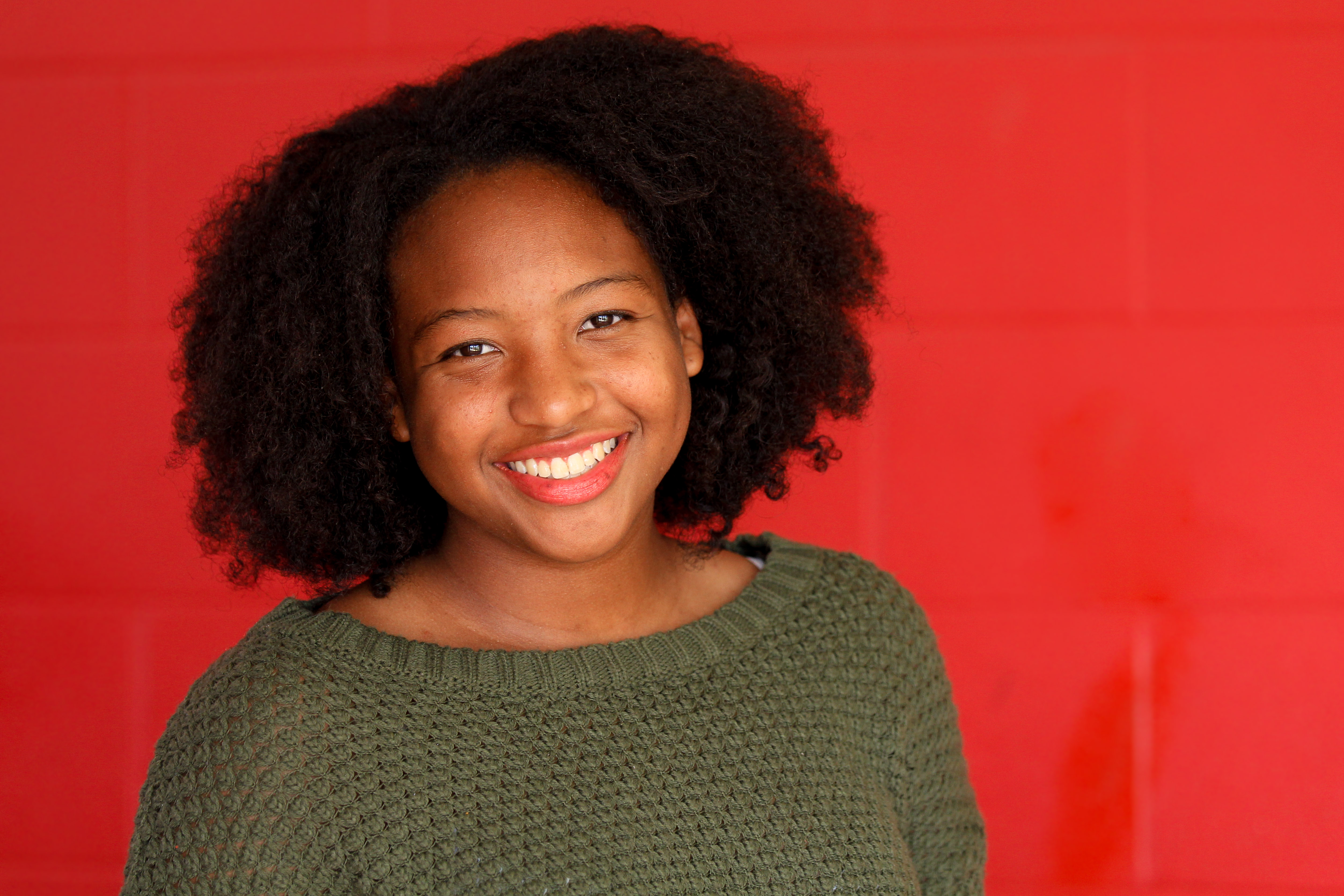 Name: Lauren Frost
Position: Online Entertainment Editor
Graduation Year: 2017
Hi, My name is Lauren Frost and I am a junior at Blair. I play basketball and tennis. Other than sports I enjoy reading and watching movies.

A few reasons why not

On April 29, the 100th day of Donald Trump's presidency, over 200,000 people, including many students from Blair, took to the streets of DC and surrounded the White House as part of the People's Climate March.

White + male + upcounty = Our next SMOB

Although Montgomery County has an array of students from different backgrounds, the majority of the SMOB candidates all come from the same one. There needs to be more diversity among SMOB candidates to have different and more diverse issues raised and to better represent the county's array of different people.

March Madness; one side of the tournament has coverage for every game, millions of viewers and followers who make their own brackets and follow along. However, many people forget that there is another side to the madness, the women's side.

Two Rockville High School students are being accused of forcing a female student into the boys bathroom and raping during the course of the school day on Friday, March 16, according to police reports.

Hidden Figures, the story of three African American women that helped put the first man on the moon, is a powerful movie that shows the strength of many African Americans in the face of the adversity. It's a beautifully done, emotional movie that tells a story that everyone should know.

Chance the Rapper colors outside the lines in his World Tour

In The Magnificent Coloring World Tour, Chance the Rapper took the audience on an emotional journey through his music by featuring songs from all three of his mixtapes, as well as his joint album with The Social Experiment in a concert experience that can't be forgotten.

The swirling sounds of jazz

Enjoy these sounds in the playlist included in this article to finish off Jazz Appreciation Month.

The Blazers started the game quickly against the Walter Johnson Wildcats and never let up. Strong batting and a no-hitter by senior pitcher Karylena Cruz held the Blazers coast their way to a resounding 19-0 victory.

The Blair softball team (3-0) took on the Paint Branch Panthers (1-2) on Friday night. Though the Blazers faltered early against the aggressive hitting of the Panthers, the team was able to mount a stunning comeback to win the game 12-8.

The case for graduation

The County Council needs to approve the proposed budget increase in order to give students the graduation they deserve.

Bumpy Ride in Ride Along 2

Being a Kevin Hart movie, it has a very silly feel and a somewhat childish sense of humor.The movie, though not great, is nonetheless a fun watch.

Our prediction squad's standings continue to tighten up week after week. This week we see the Vikings battle for the lead of the NFC North, and the Panthers will try to remain undefeated against the offensively loaded Saints. Check out these predictions to see who our experts think will win these big games in Week 13.

The end of the games

In many ways the final movie of the epic Hunger Games series is a fantastic movie, with great cinematography and special effects. However, compared to the rest of the hit series, Mockingjay Part 2 falls flat.

The middle of the standings continue to shake up every week, as Lauren is climbing her way to the top. Bobby however, is pulling further and further away from the pack. Charlie continues to sink, as does Sandeep. How will things shape up for our prediction squad this week?

The eighth week of the NFL season is sure to be an exciting one. The highlight matchup is on Sunday night between the Packers and the Broncos. Within our experts, Bobby maintains a slim lead over the rest of the pack, while Charlie continues to fall further and further in last place.

t's time for basketball again! The NBA season kicked off perfectly with a thrilling, down to the second game between the Cavaliers and the Bulls. After an early look at all the teams here's a short preview of each ranked from best to worse by conference.

The race is heating up between our prediction squad as Lauren has posted the best record in three consecutive weeks. Charlie's upset calls continue to backfire, and send him deeper into last place. While Bobby and Sandeep are in tight competition with one another for the top spot.

Bobby holds a slim lead over the pack, and Lauren is charging her way up from the bottom of the standings. With a number of big, decisive games this week, there should definitely be a shift in the standings coming soon.

Instead of measuring the merit of a student based on a single test, schools such as George Washington University, Wake Forest University and Hampshire College have reduced the impact of college entrance exams.

As athletes, students face a lot of challenges. They have to find the time and motivation to excel not only at their sports, but in the classroom as well. They may want to quit, they may want to give up, but they won't. They will get up the next day and they will keep running, throwing, kicking, flipping and swinging.

The contradiction that is mandatory volunteer work

Volunteer work implies a service that is done through the goodness of one's heart in order to give back to the community but mandatory turns it into something that must be done--or else.

As we get underway with a new school year, we are proud to be returning with a new season of SCO NFL Predictions. The staff is excited to welcome three newcomers to the game this season. Charlie Lott, Sandeep David, and Lauren Frost with help from Randi Herath are all eager to prove their knowledge of the game.

"Call an Uber," is becoming a more commonly-heard phrase in this day and age. People want to be able to get places quickly and directly, and this need has increased the use of Uber and other ride services.

Chance runs around the stage, hyping up the crowd in his own unique style.

Chance the Rapper confers with his lion, Carlos.