The Marian Greenblatt fund awards teachers who inspire their students and have done exceptional work in teaching. Paul was nominated by magnet teacher David Stein, Principal Renay Johnson, as well as other colleagues. 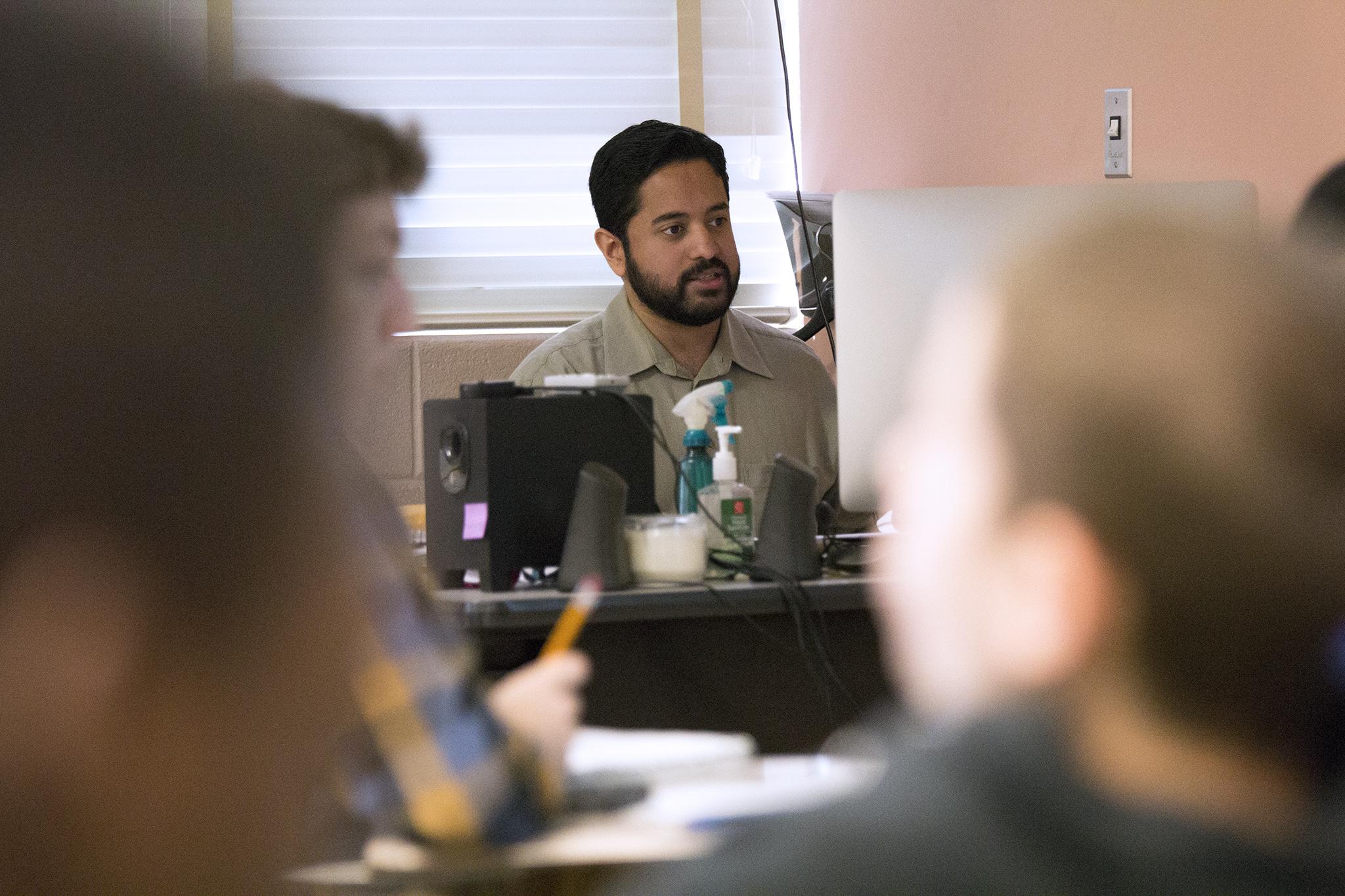 Paul was happy and honored that he was presented with the Rising-Star Teacher Award but doesn't see the award as something to bask in the glory of. "Awards like this are nice but they're not the reason I am a teacher. It's not going to change the way I do what I do," Paul said. While he knows that he's on the right track, he still thinks that he has a lot of work to do before becoming the best teacher he can be. "I still wake up in the morning I think, 'I can be better at this job,'" Paul said.

A Magnet student-turned-Harvard graduate, Paul had many offers to work in technology, politics and coding after college but he knew he wanted a job that would allow him to use his talents to serve others. So he became a teacher.

However, before he became a teacher he worked at the postal service and he often had to present information. While working there he found that what he was good at was teaching. "I found that the things I was best at was explaining material in a compelling and clear way," Paul said.

Before beginning his career at Blair, Paul taught math at Bell Multicultural High School in D.C. After discovering that computer science was what he truly loved, Paul taught the subject to students who fell below the poverty line at Bell High School. To get ready for the AP exam, Paul and his students dedicated extra time after school and on weekends to prepare. For Paul, working at Bell and dedicating himself to his students caused a realization. "That experience really convinced me that [this] was a way that I could use my skillset to make things better and to impact my community positively," Paul said.

After another Magnet teacher retired, current Magnet teacher David Stein called and offered Paul a job and he readily took it. According to sophomore Jedediah Grady, who takes Paul's AP computer science class, he's good at it. "There are a lot of qualities that go into making a good teacher. One, I think he listens to the student. Two, he builds solid relationships with the students. And three he teaches to all of the students. Instead of teaching a certain way to one student he teaches in a way where all the students can understand and lets the students work at their own pace," Grady said.

While forming relationships with students is important, Paul's most significant accomplishment has come in establishing a flipped classroom. He records his own lectures for students to view at home and then has them work on problem sets in school. Many students enjoy doing this alternative to a traditional classroom setting. "I think it's cool because it's less boring lectures in class and more work at your own pace when you're at home. They're interesting and usually kind of funny; they're not boring but they're still challenging and not too hard," Grady said. The video and problem sets that Paul creates for his classes take him a lot of time to put together. "It's a lot of work to put that together, of course recording and editing the videos and putting it together at a high quality is just hard…it didn't come at a small price. I spent every waking moment working on it. It took a lot of my time but I'm proud of it and I'm still trying to improve,” Paul said.

Paul has only been teaching at Blair for a short while, but in that short amount of time he has been able to accomplish plenty. He has been teaching magnet computer science and has worked towards giving people of all backgrounds access to computer science education. Paul sees teaching computer science as a way to fashion a new economy. "Teaching in general is just one of few jobs where you can see the fruits of your labor immediately, and that fruit, that's an investment that's going to pay itself forward many times over in the future," Paul said.