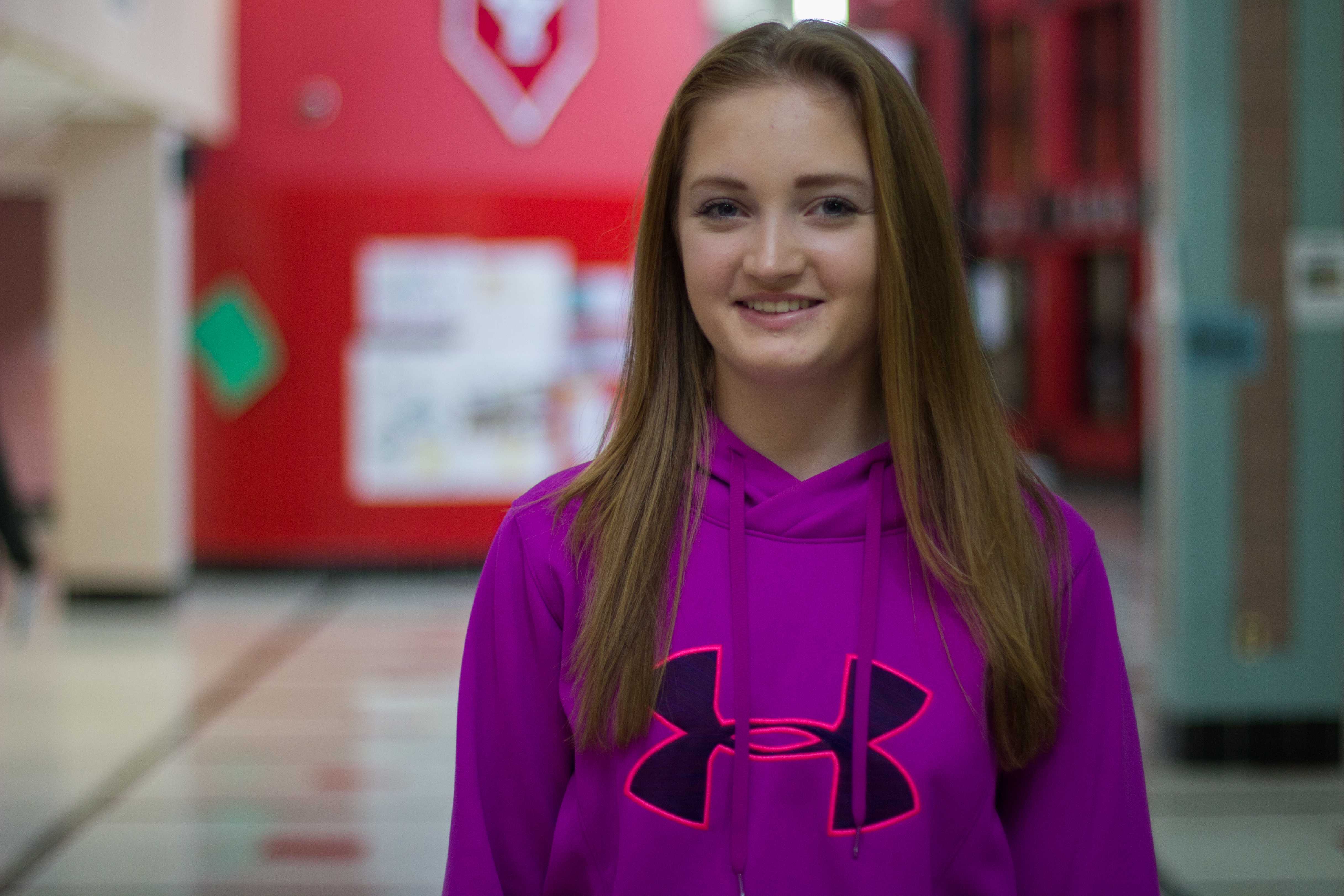 It's playoff time baby!!!!! Our predictions staff has laid out their favorites to win every game of the 2018 playoffs, all the way to the Super Bowl. With a ton of good competition and new teams to the spotlight, this year will surely be a year to remember. Click to see who we think will be fighting for the Lombardi Trophy in February!

Playoffs are fast approaching, so click to find out whose going to win every big match-up during this weekend of NFL action!

We're coming up on the NFL playoffs, and every team with a shot is still trying to secure a spot in the postseason, and a chance to fight for the Lombardi trophy. There are a lot of games with playoff implications, so click to find out who we think is going to take a step towards playoffs, and what teams are going to be sitting on the couch watching the NFL playoffs in January.

The NFL regular season is winding down, and many games the rest of the way have major playoff implications, like Vikings at Falcons, Lions at Ravens, and Panthers at Saints. Click to find out our picks for Week 13 of the NFL season.

The answers to who will win every game of week 11 of NFL action.

We've got the winners for the Chiefs on the road in Dallas, a potential upset in San Francisco over division rival Arizona, Lions at Packers on MNF and every other game for Week 9 of the NFL season!

Click to see the outcome of every week 8 NFL game, courtesy of our prediction team!

Will the Cardinals veterans be able to knock off the upstart Rams? Will the Falcons avenge their heartbreaking loss in Super Bowl 50. Will the Redskins catch up in the battle for the NFC East Monday night? Find out what's going to happen in all these games and more!

Our team has gotten together to give you our predictions for every single week six games, including some great matchups like Eagles vs Panthers, Packers vs Vikings, and Steelers vs Chiefs. Click to see what we have to say.

Week four brought more excitement for football fans, with many big upsets. Now in week five, four teams have a bye, but there's still a great slate of games, including a rematch of a classic NFC playoff game from last season between the Packers and the Cowboys, and many more. Here's what our team has to say about Week 5.

Will the upsets continue in week 4 of NFL action? See what the prediction team thinks about this week's games!

Week 3 of the NFL season brings us a good slate of games, including Falcons vs Lions, Seahawks vs Titans, Redskins vs Raiders, and the first London game of the season. See what our writers have to say about all these games and more!

As is always the case, we learned a lot from watching week one football. Some teams raised eyebrows with impressive showings, while other teams forced fans to reel in expectations. See what our team has to say about this week's games.

SCO's NFL Prediction Team is back to bring you our predictions for every single game in the 2017-2018 NFL season!

No one expected a new show from NRK (a Norwegian government-owned radio and television company) targeted towards older teens to become as popular as it did. The Norwegian Broadcasting Corporation wanted to draw in the demographic they lost the most to Netflix by creating a show based on what real teenagers in Oslo, Norway do, think and say.

The swim and dive season lasts two months and consists of early morning practices, five meets, metros, regionals, and states. Both the girls and the boys had successful seasons with broken records that helped to propel them forwards.

Varsity athletes should not be required to take gym

Every high schooler has to take one year of a physical education course in order to graduate. However, when students participate in school or club sports, they are getting the exercise that Physical Education (PE) classes provide, and should be exempt.

More than half a million people gathered in the nation's capital to march in the Women's March on Washington on Saturday, Jan. 21.

The story behind the ink

Is there anything you'd be willing to have inked on your body for the rest of your life? For some, a display so permanent might seem like a mistake, but others think tattoos are a cool way of expressing oneself through art. For a few Blazers, tattoos are a way of connecting and paying tribute to loved ones.

As we enter the final weekend of regular season football, Ellie remains in a commanding five game lead. The playoff picture in the AFC is set, but the Raiders can grab the top spot in the conference with a win and losses by the Chiefs and Patriots.

Two weeks left in the NFL season means teams will be clinching divisions and playoff berths left and right. Some teams may do so without stepping foot on the field, like the Cowboys did on Thursday.

Senior sells lip balm for a cause

Senior Prim Phoolsombat is raising money to send school supplies to Thailand by selling homemade lip balms for $3 each.

The NFL season is winding down, which means the playoff races are ramping up. The Seahawks became the second team to punch their ticket after a Thursday night win, following in the footsteps of their NFC counterparts the Cowboys.

With just four weeks left in the NFL season, the Cowboys have already clinched a playoff spot. This week the Redskins will face off against their division rivals in Philly, while the Ravens will play the Patriots in an attempt to prove they belong in the playoffs.

With the playoffs looming, the Patriots rocked the NFL with the news that tight end Rob Gronkowski will miss the rest of the regular season after undergoing back surgery. Will the Pats' Super Bowl chances suffer because of this?

Happy thanksgiving! The Redskins will face off against the Cowboys in an important division matchup on this Turkey Day, while the Ravens play the Bengals on Sunday.

We are headed into the playoff push. Currently lots of big teams are reeling from surprising losses, as the Eagles, Packers, Saints and Panthers all sit at or below a .500 record.

We're getting into the home stretch of the season. This is where seasons will be made. The Redskins take their bye week while the Ravens duke it out against their rivals from the Steel City. Can anyone keep up with the Cowboys in the NFC East?

The Walter Johnson Wildcats (9-4) beat the Blair Blazers (2-11) Thursday night during their first playoff game at Walter Johnson. Blair allowed three goals early in the first half, then fought hard on defense and scored in the second half, but it wasn't enough to beat the Wildcats, who scored two more goals against the Blazers.

The NFL no longer has any undefeated teams after the Eagles rocked the Vikings 21-10 last week. This week calls for a short slate of games, as six teams have their bye weeks, including the Ravens.

The Vikings will put their undefeated season on the line the Eagles. The Redskins will look to take their fifth win in a row while the Ravens will play the Jets this week.

After five weeks, the Vikings are the only undefeated team standing. A Broncos loss and an Eagles loss left the Vikings alone on their bye week.

New clubs on the block

Blazers were proud to showcase their clubs during the club fair on Sept. 21. Several of these clubs are new and are looking for new members. From Blair Ragers, to Do Something, there is a club for everyone. Here is a look at some of these new clubs.

The Redskins recorded their first win of the season, and of the five undefeated teams, two are perennial winners, but there are three big surprises atop the standings (Eagles, Vikings and Ravens).

Another week down in the NFL season. Last week we saw a ton of injuries to some major players, most notably Danny Woodhead. Just kidding. Adrian Peterson left last week's game with a torn meniscus, and his status is seriously doubtful for this week.

Week 2 of the NFL is coming, and the prediction team is here with their picks for this week's games. Lots of unanimous choices this week by our writers. Will those favorites hold their ground against teams hunting for an early-season upset?

Every football fan is excited for week one, but with a Super Bowl rematch to kick off the season, the slate is even better than expected.

29-year-old Omar Mateen shot down people in Pulse, a popular gay nightclub, in Orlando, Florida, killing 49 and injuring 53 others on Sunday, June 12. This marks the 133rd mass shooting in 2016 and the largest one in American history.