The swim and dive season lasts two months and consists of early morning practices, five meets, metros, regionals, and states. Both the girls and the boys had successful seasons with broken records that helped to propel them forwards.

The girls team placed within the top five at all their major meets. "I think we had a great season, we had a super strong girls team who placed second in regionals (five points behind first place Sherwood) third in states and fifth in metros which is really awesome because it's all of the schools in the Washington metropolitan area,” said senior captain Lily Haeberle. At states Blair was able to beat one of their biggest competitors, Churchill, when they got third. Senior captain Madison Waechter broke her own record with a 4:51.28 in the 500 freestyle, an event she has dominated the past two years at metros, Junior Hannah Kannan set a new record for the 100 backstroke and the girls 200 medley relay team record was broken by five seconds. In addition, Holly Greenleaf, Brianna Forte, Sophia Liu, Alli Marney-Bell, and Sammie Grant all set individual records for Blair swim this season. 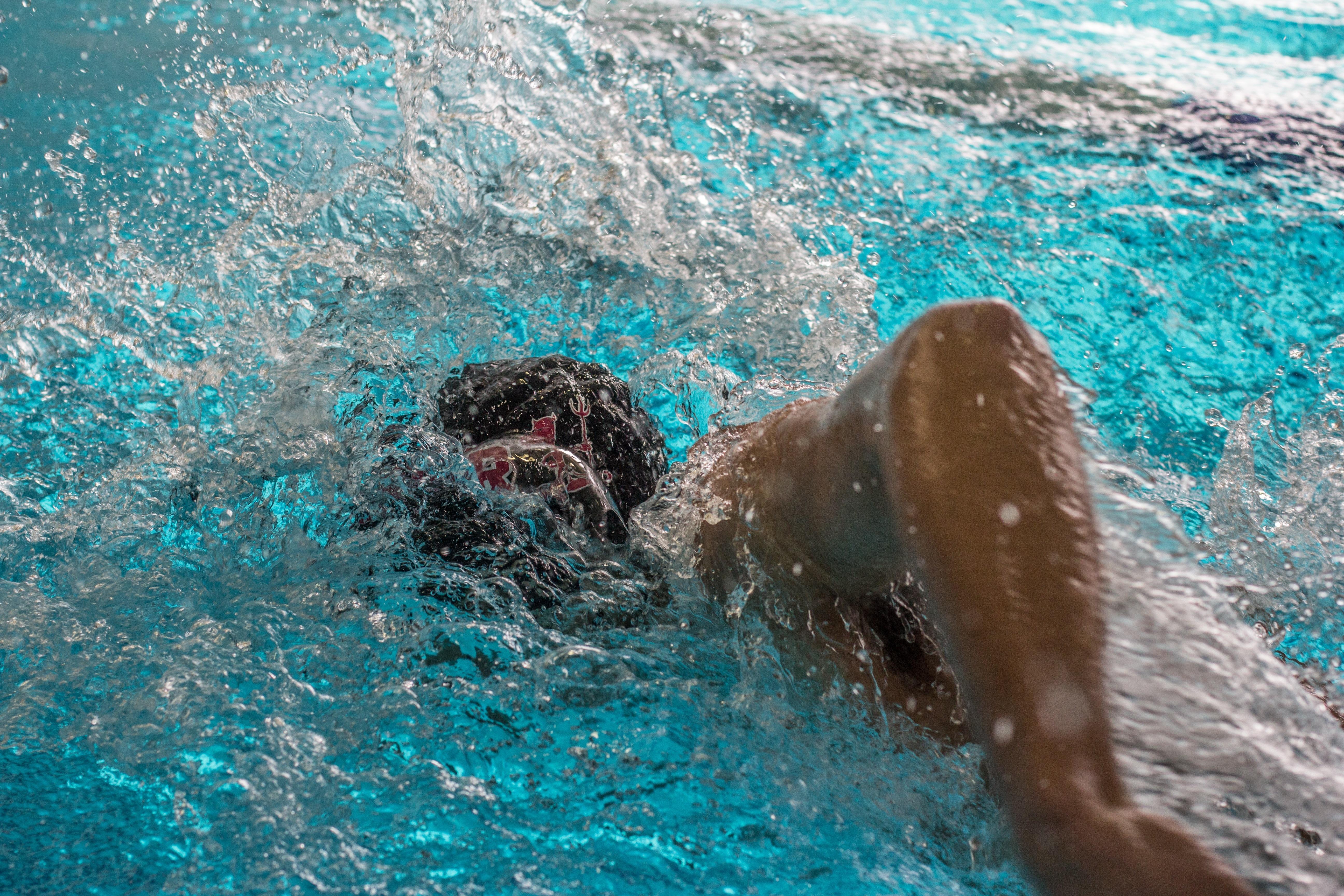 The boys team had a huge turnaround from last year, when they lost all five of their meets. This year, "we were undefeated going into our last regular season meet and ended 4-1 for the season,” said junior captain Haron Adbaru. "At metros our boys didn't do super great, we placed 27th as a team with both our 200 medley and 200 freestyle relays making finals. At states our boys fought hard and many had best times, and we ended up placing 13th out of 24,” said Adbaru. The captains have faith that next year's team will improve with new additions to the team. "We have a lot of strong freshman boys so the next few years will be great,” said Haeberle.

Olivia Amitay
Junior diver Olivia Amitay started out doing both dive and swim in ninth grade for the Blair team, "I've been doing gymnastics competitively since about 7th grade and going into freshman year I knew I wanted to do diving. But I've also been swimming since about 5 and I also was drawn to swim and dive for the swim aspect,” said Amitay. Her freshman year she competed at metros, and got 4th in regionals and 12th at states, then as a sophomore she dove at metros, got 2nd at regionals and got 11th at states. After competing at states her sophomore year, Amitay was convinced to focus more on diving, "a couple coaches from outside diving clubs approached me and urged me to pursue diving outside of school. This caused me to focus on diving a lot more because it has become a sport I can potentially do in college,” said Amitay. She started doing club diving three times a week, and learned all the technique behind diving, "My junior year I came in a completely different diver than my sophomore and freshman year. This winter I've spent a lot of time on the boards, ending practices on Mondays and Wednesday's at 9:00 and being on the same board Tuesday and Thursday mornings only 8 hours later,” said Amitay. All her hard work paid off this year when she went to metros, got 2nd at regionals and 8th at states. "She's progressed so much, she went to states and metros last year but didn't place or make first cuts. This year she's done really well and will definitely continue to be a threat to other teams,” said Amitay's captain, Marianne Benyamin. 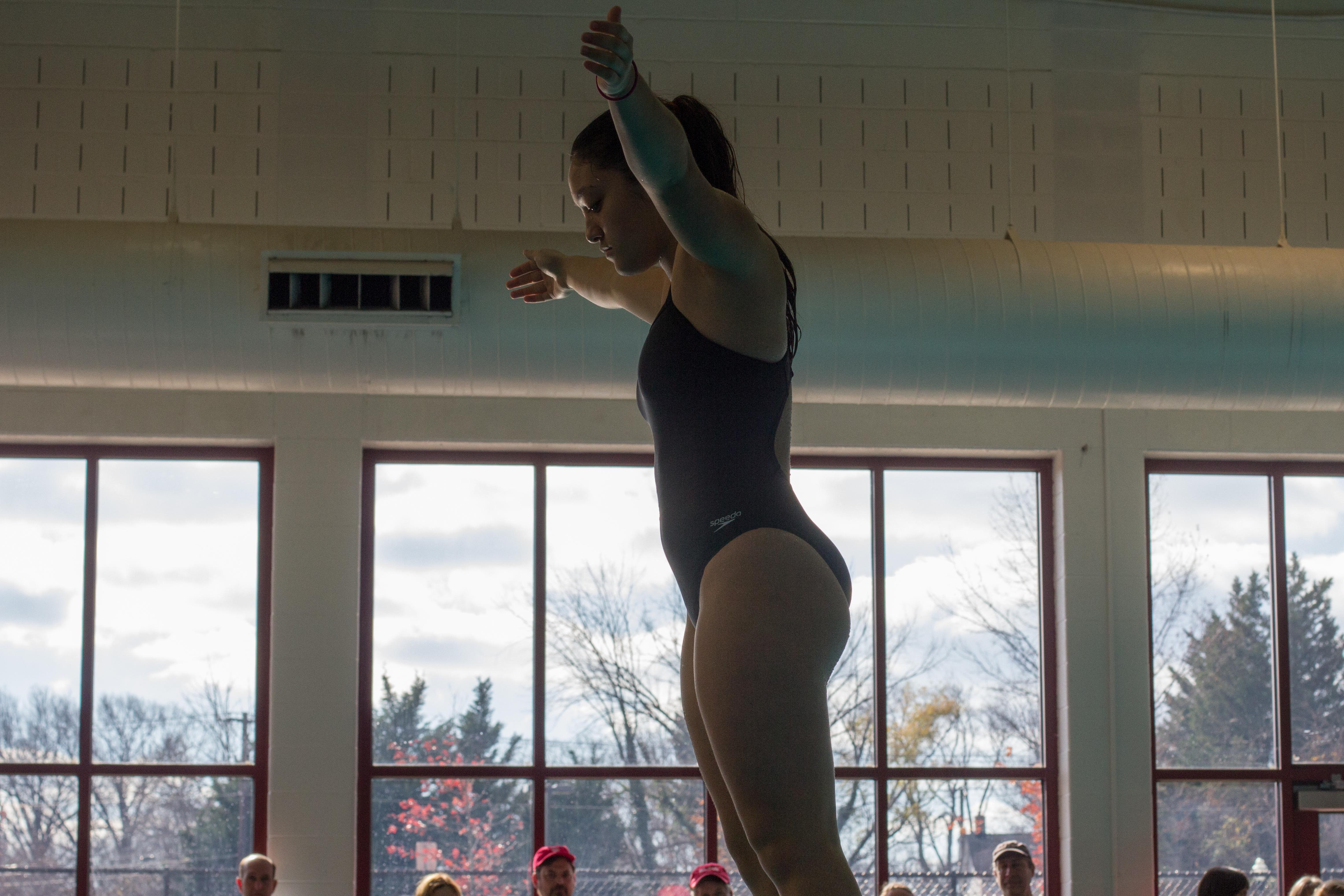 Madison Waechter
Senior captain Madison Waechter had a successful last year on the swim team, "I really enjoyed my senior year of Blair swim and dive. I'm happy with how my individual events went, and the results of the girls team. We worked really hard all season long to get 3rd at states,” said Waechter. She has also committed to swim at Wisconsin next year. "I'm really excited for next year. I know the training will be different and much harder, but I'm excited for the challenge and to compete on the college level,” said Waechter.

Max Casey-Bolanos
Freshman Max Casey-Bolanos' first year on Blair swim was a great experience, "It was really fun, I was able to interact with a lot of new people that I wouldn't normally interact with, and the coaches and the captains made it fun by trying to have lots of team building activities. It was cool being a freshman because I was able to learn stuff from upperclassmen. I enjoyed coming to meets and practices and getting to be with new and old friends,” said Casey-Bolanos. His best events this season were the 100 backstroke and the 500 freestyle with blistering times of 53.85 and 4:51.96. "He's a freshman and he scored the most points for the boys team, and he really came out strong this year,” said Adbaru. Although he was shy at first, Casey made many friends and is looking forward to next year. "At the beginning of the year I was shy because I didn't know a lot of people, but by the end of the season I was more confident around everyone,” said Casey-Bolanos.