The story behind the ink

Blair students and teachers talk about why they got their tattoos

Is there anything you'd be willing to have inked on your body for the rest of your life? For some, a display so permanent might seem like a mistake, but others think tattoos are a cool way of expressing oneself through art. For a few Blazers, tattoos are a way of connecting and paying tribute to loved ones. Symbols and words with significant meaning are tattooed on them and their family, representing an eternal bond. For other people, tattoos can also represent a point in their lives, or how they felt at a certain age. 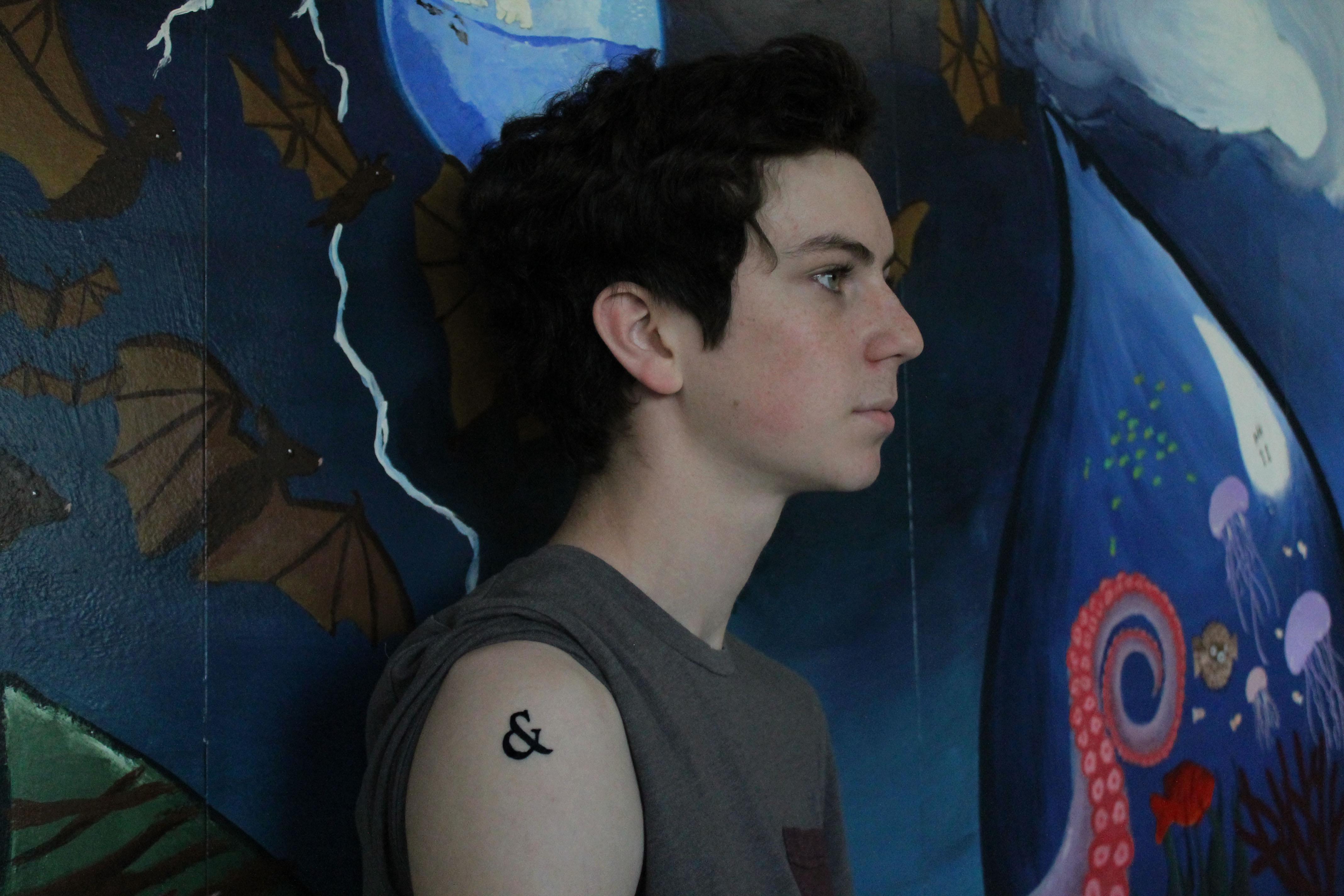 Photo: Junior Gabel Cramer got a tattoo of an ampersand to remember his mother.

Photo: Junior Gabel Cramer got a tattoo of an ampersand to remember his mother.

Junior Gabel Cramer has an ampersand tattooed onto his forearm to represent being open and welcoming to other people and ideas. After his mom passed away last year, Cramer's sister had the idea for the family to share the tattoo and its meaning as a mantra. "My sister had the idea for our family to get the same tattoo. For me, it represents a little part of her in me, but also the spirit of openness it represents," explains Cramer. The ampersand was also a significant symbol in his mother's life. "My mom was a graphic designer and she was really into meaningful symbols and so her whole life she really used that symbol and liked it. It was the theme of my parents wedding, representing openness and being welcome to anyone," says Cramer with a smile. For him, the tattoo is something shared by his family in remembrance shared love and loss. 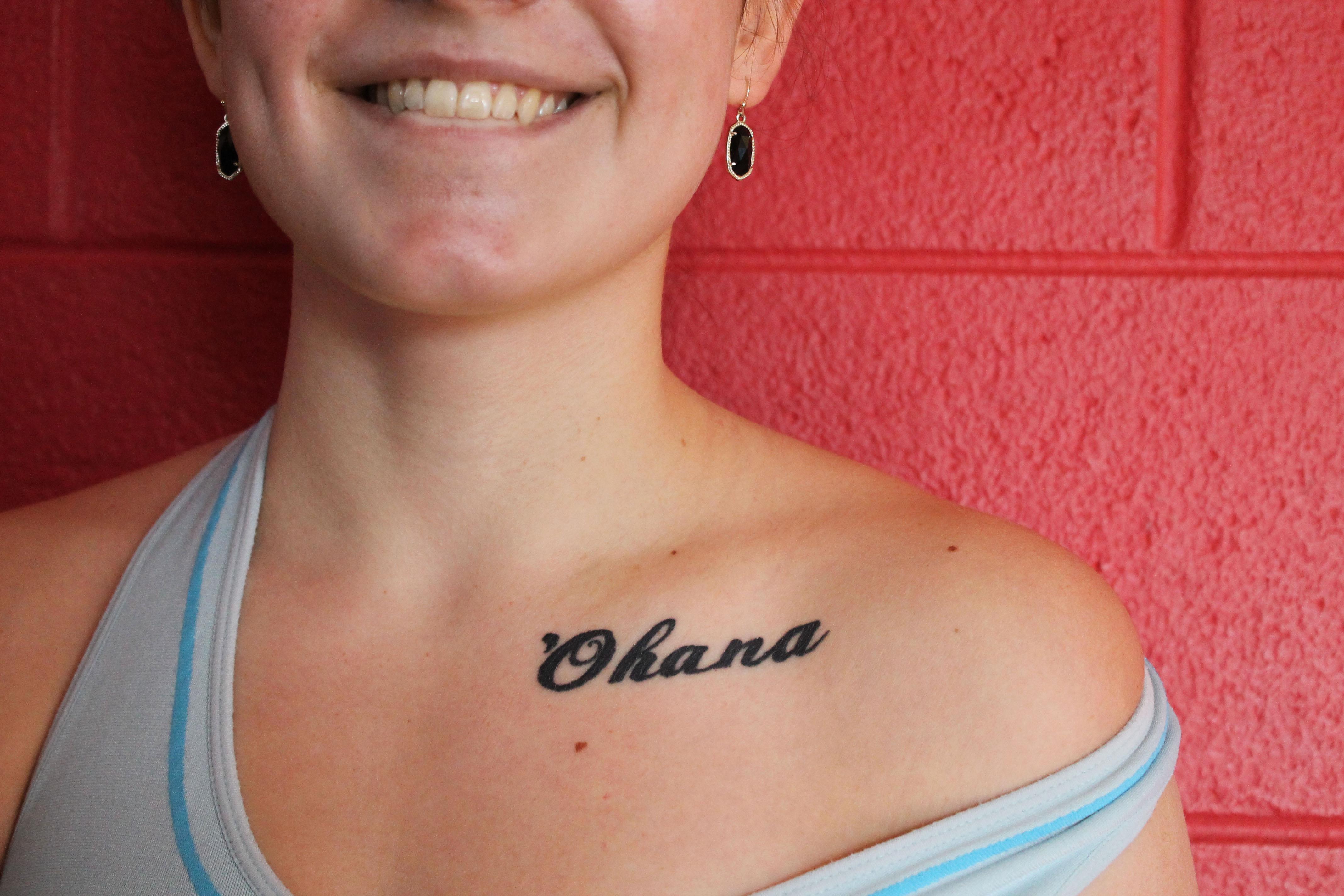 Photo: Senior Becca Jenkins got the word 'Ohana tattooed on her collarbone with the rest of her family.

Photo: Senior Becca Jenkins got the word 'Ohana tattooed on her collarbone with the rest of her family.

Another Blazer who shares a tattoo with her family is Senior Becca Jenkins, who has the word "'Ohana" tattooed on her collarbone. In Hawaiian, 'ohana means family, and Jenkins got her tattoo to show her closeness with her relatives. "My family all got the tattoo. The girls have it on our collarbones and boys on their arms. We have a tight bond with each other and wanted to show that through a permanent display," says Jenkins. She got the tattoo with the rest her family to show how enduring and important family is. "Family is the one thing that lasts through everything in life,” explains Jenkins. She now has a daily reminder of the bond they all share, not only through blood, but also through ink.

The back of junior Chelsea Tarquini's neck reads "3 of 3," because she's the youngest of three sisters. "I got the one I did on the back of my neck with my two other sisters," says Tarquini, smiling. She sees tattoos as a good way of publicly expressing herself and her beliefs. "I think they're super cool and make you unique. I really like the one I have and I plan to get more," she explains. Tarquini wants her next tattoo to be a reflection of her love for her family as well as a symbol for the strong, codependent relationship she has with them. "I want to get a tripod with my mom and my biological sister. It'll be a tripod because it takes three legs to stand and we all depend on each other," says Chelsea. Both the tattoo she has now, and the one she plans on getting, connect her with her family and display the strong they share.

Blair science teacher Ashley Johnson-Wormely has six tattoos on various parts of her body. When she was sixteen she got her first tattoo of a cartoon character, and the most recent tattoo of a hummingbird, a birds of paradise flower and a ribbon for lung cancer was for her mother who died two years ago. Her mother took her to get her first tattoo when she was in high school, but she plans on changing it into something else because she isn't happy with it. 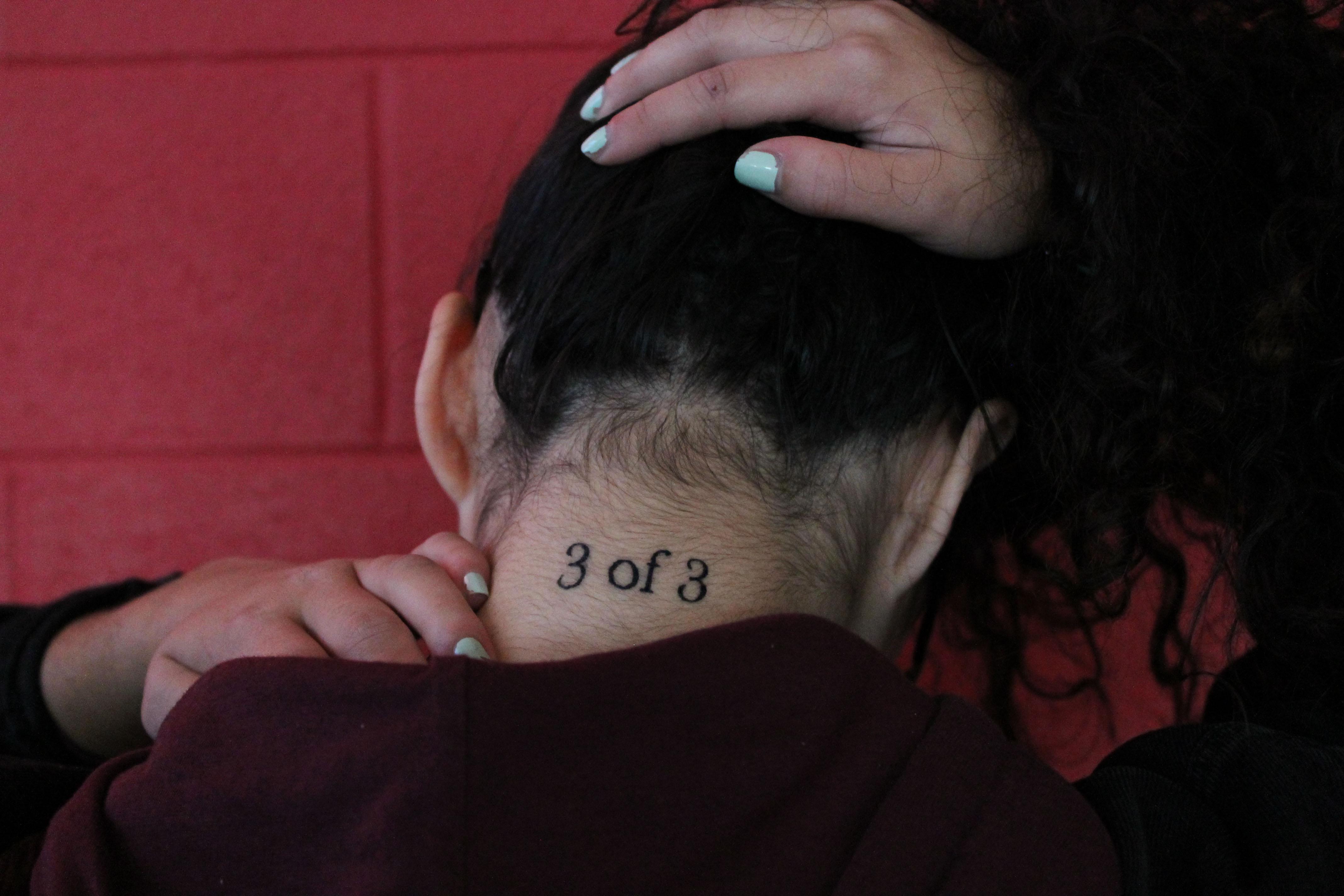 Photo: Junior Chelsea Tarquini got the words '3 of 3' tattooed on her neck as she is the third of three sisters.

Photo: Junior Chelsea Tarquini got the words '3 of 3' tattooed on her neck as she is the third of three sisters.

Johnson wants to cover the tattoo, "I would make it into something else… think hard about it because you should be doing a lot of growing between sixteen and adulthood, but my husband got his first one when he was sixteen and he loves it, it still works, so I don't think it's everybody I think it's just what I chose," recommends Johnson. She got each of her tattoos at different points in her life. "When I was feeling different ways about religion, or something I thought was nice or pretty and I thought about it long and hard before getting it," explains Johnson. The reasons behind Johnson's tattoos vary depending on when she got them, and she admits one was a regret that she would like to cover up, but that there is meaning behind each one and that getting a tattoo should not be a snap decision.

The only way to truly understand the story behind a tattoo is to ask its owner. Blazers can illustrate links between family members with ink on an arm or a collar, or a hand. The decision to have a phrased etched onto one's body lasts a lifetime and is not one to be undertaken lightly. The ink exhibited by these Blazers are prime examples that tattoos aren't just surface deep.