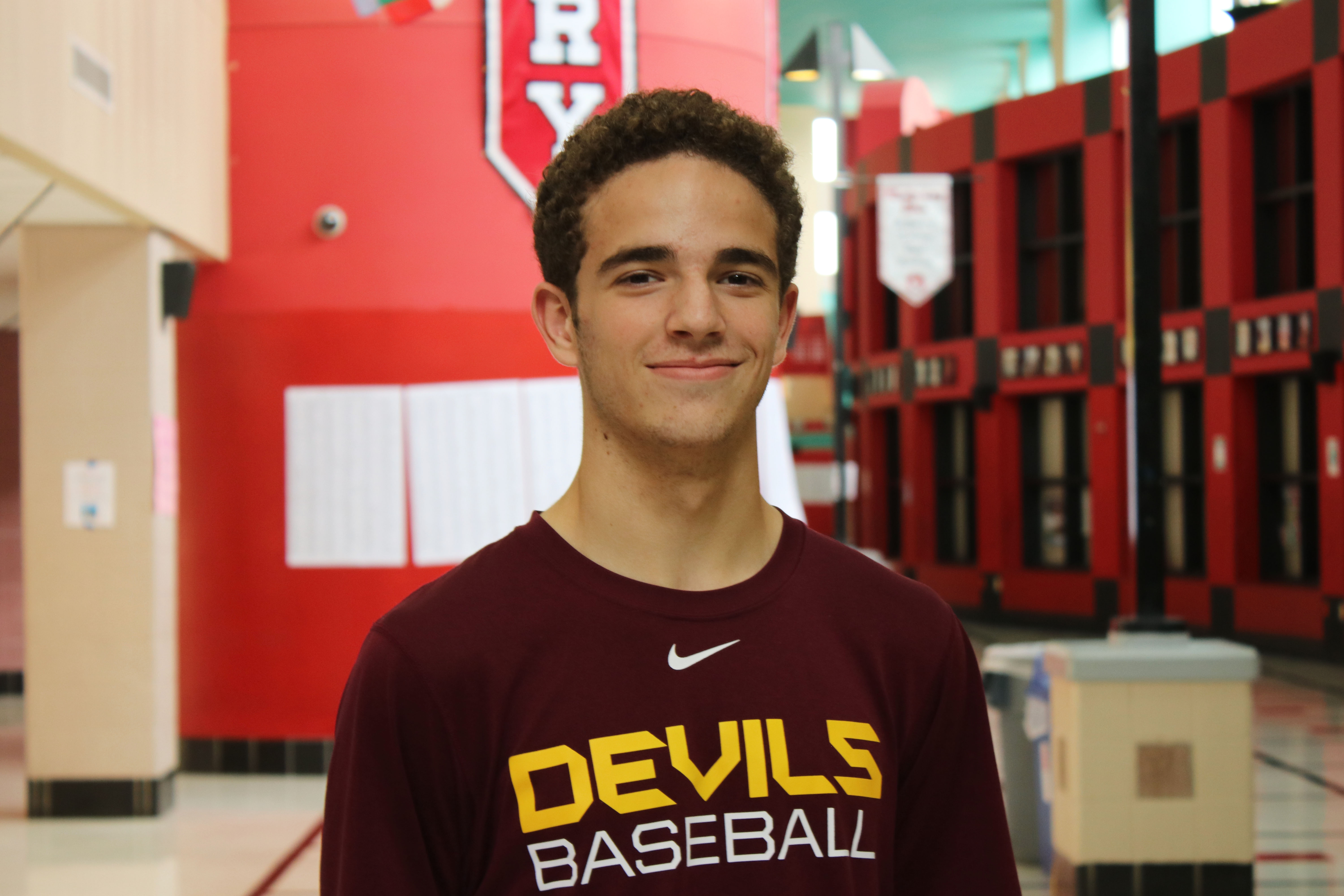 Name: Noah Stern
Position: Sports Editor
Graduation Year: 2019
My name is Noah Stern and I love sports. I am an aspiring sports broadcaster and have an article written in The Washington Post.

Welcome back to SCO's weekly NFL Pick 'em! We apologize for missing week 1. It was a crazy week with some big time upsets and some big victories. Luckily for fans, there were not many serious injuries to the big stars in the game which makes it more entertaining for us. This year we will have two returning pickers, Noah and Eric, and three new pickers. Welcome to the team Arthi, Andrew and Raffa!

A look back at the finales of Blair's spring sports

A breakdown of all first round playoff matchups

Welcome to SCOs very first NBA power rankings, where we rank the National Basketball Association teams based on what their record is and how they played in the week prior. We are more than halfway through the 2017-18 season, and the playoffs are starting to take shape.

It's playoff time baby!!!!! Our predictions staff has laid out their favorites to win every game of the 2018 playoffs, all the way to the Super Bowl. With a ton of good competition and new teams to the spotlight, this year will surely be a year to remember. Click to see who we think will be fighting for the Lombardi Trophy in February!

Playoffs are fast approaching, so click to find out whose going to win every big match-up during this weekend of NFL action!

We're coming up on the NFL playoffs, and every team with a shot is still trying to secure a spot in the postseason, and a chance to fight for the Lombardi trophy. There are a lot of games with playoff implications, so click to find out who we think is going to take a step towards playoffs, and what teams are going to be sitting on the couch watching the NFL playoffs in January.

The NFL regular season is winding down, and many games the rest of the way have major playoff implications, like Vikings at Falcons, Lions at Ravens, and Panthers at Saints. Click to find out our picks for Week 13 of the NFL season.

The answers to who will win every game of week 11 of NFL action.

We've got the winners for the Chiefs on the road in Dallas, a potential upset in San Francisco over division rival Arizona, Lions at Packers on MNF and every other game for Week 9 of the NFL season!

Click to see the outcome of every week 8 NFL game, courtesy of our prediction team!

Will the Cardinals veterans be able to knock off the upstart Rams? Will the Falcons avenge their heartbreaking loss in Super Bowl 50. Will the Redskins catch up in the battle for the NFC East Monday night? Find out what's going to happen in all these games and more!

Our team has gotten together to give you our predictions for every single week six games, including some great matchups like Eagles vs Panthers, Packers vs Vikings, and Steelers vs Chiefs. Click to see what we have to say.

Week four brought more excitement for football fans, with many big upsets. Now in week five, four teams have a bye, but there's still a great slate of games, including a rematch of a classic NFC playoff game from last season between the Packers and the Cowboys, and many more. Here's what our team has to say about Week 5.

Will the upsets continue in week 4 of NFL action? See what the prediction team thinks about this week's games!

Week 3 of the NFL season brings us a good slate of games, including Falcons vs Lions, Seahawks vs Titans, Redskins vs Raiders, and the first London game of the season. See what our writers have to say about all these games and more!