This week on the Bachelor, the women packed their bags and headed to Tahoe. On the other seasons of the The Bachelor, they usually go abroad to places like Switzerland or St. Lucia, but Arie thought it would be better to take them to... Tahoe? I would personally feel a bit cheated. Sienne and Arie first went on a one-on-one date that included parasailing, a shoreside picnic, and dinner at the Hard Rock cafe (ooo, fine dining). Sienne talked to Arie about the lack of representation of black women in romance stories while Arie nodded along daftly, obviously baffled by intelligent conversation. Could we give Sienne her own show instead please? Maquel gets a really sad call that her grandpa has died, so she leaves the show. We are not told whether she is gone for good. 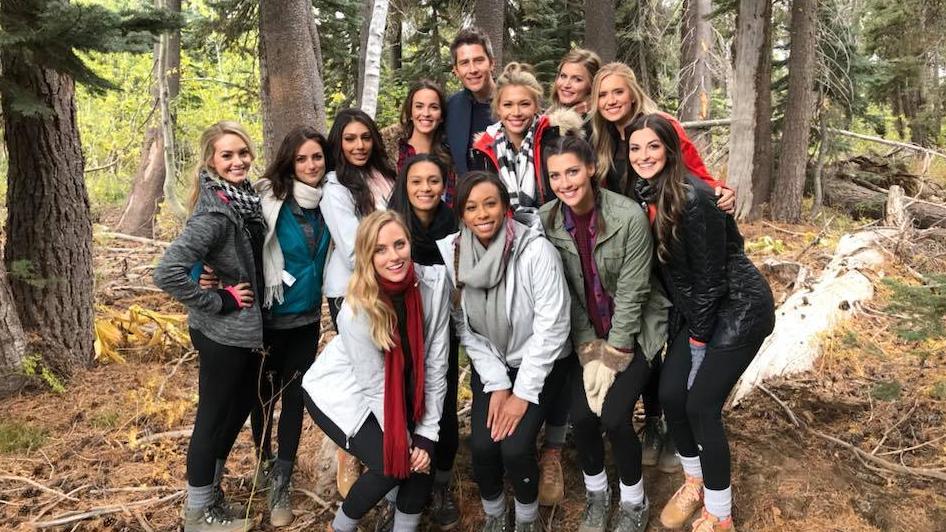 Photo: The women somehow manage to flash smiles at the group date which involved eating worms and maggots.

Photo: The women somehow manage to flash smiles at the group date which involved eating worms and maggots.  Photo courtesy of RenoTahoe.

Arie then decides to see which women have the grit it takes to withstand potentially spending the rest of their lives with him on a not-so-romantic outdoor adventure group date where they all drink their own pee and eat bugs. Kendall the taxidermy freak was right at home among along the woodland animals, although she probably would have preferred they were stuffed. Arie's three brain cells then thought it would be a good idea to get into a hot tub with all the girls on the date, because obviously that would never cause conflict. Krystal gets into a petty skirmish with Tia and Caroline in the hot tub, which leaves Krystal very upset. Krystal uses her Valley Girl voice to communicate to Arie that she's feeling "very attacked" later on at the cocktail party. She also confronts Caroline and Tia at the cocktail party about how "they hurt her feelings." The girl sure knows how to victimize herself. Tia sees right through Krystal's crap and tells her off. Tia goes to Arie after her and Krystal's confrontation and handles the situation like the queen she is, explaining that she doesn't want other people's petty drama to get in the way of her and Arie's connection. Arie gives Tia the group date rose which really knocks Krystal off her high horse.

On Arie and Bekah's one-on-one, Bekah finally reveals that she's only 22. That's a fourteen year age difference! Arie contemplates sending her home for a while, probably just to show that he's actually serious about this whole marriage-with-a-grown-person thing, but then he goes back to happily making out with her. My bet is he'll keep her around for the Fantasy Suite and then choose a woman of a more acceptable age as his wife. 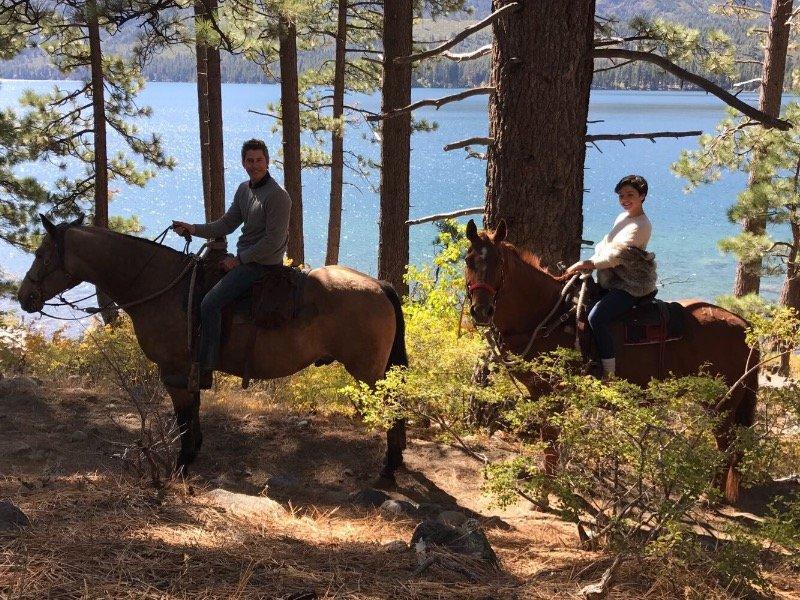 As the girls anxiously await the rose ceremony, Chris Harrison pays them a visit (they are way too excited to see him) to let them know Arie has made up his mind and they will go right into a rose ceremony without a cocktail party. The girls are rightfully upset, wishing they could have talked to Arie one last time before he handed out roses, but they comply. Well, most of them. Just as Arie picks up the first rose, Krystal (who else?) cuts the dramatic silence to ask Arie to talk one last time. The girls are appalled, but what could they do except sit down and take off their heels because the "talk" is taking so long. Finally the two return and the rose ceremony continues on as usual, with Krystal getting the last rose. Coincidence? I think not. Brittany and Caroline were the two left without roses.

First of all, who says "glam shaming"? Marikh, that's who, and that is why she is going home. Though the drama between Marikh and Chelsea seemed to be overshadowed by the Krystal explosion, if Marikh is getting so pressed about other girls noticing her brushing her hair, she's not going to be the one Arie choses to marry. Jenna and Arie have connected sufficiently on a physical level, but the point in the competition has come where the girls must be making emotional connections too. Lastly is Krystal. Arie has to be fed up with her drama and her voice by this point. She needs to go.

In the Bachelor world, the front-runners in the race for Arie's heart can easily be determined based on which contestants make the most of their time with the Bachelor. A common Bachelor saying is "if your facetime is sublime then you're not worth a dime." This clearly applies to Jacqueline and Ashley as both have received limited time with Arie, and have formed little to no connection with him. This makes them likely targets to be eliminated in the upcoming rose ceremony along with Marikh, due to her high maintenance and superficial attitude.

Marikh, the girl who claimed she was "glam shamed," has got to go. While I love that Marikh is one of the few girls who is not a real estate agent or a social media manager, she lacks personality and has been given very little screen time. Marikh is a one-dimensional character and the romance between her and Arie is practically non-existent. Ashley and Jenna have the same problem as Marikh. They don't have as strong of a connection with Arie compared to some of the other girls like Becca and Kendall. As the number of girls dwindles down to the final few, filler contestants like Ashley and Jenna are going to be cut.

We haven't seen much of Marikh, but after her glam-shaming episode I feel comfortable guessing that she's high maintenance enough to turn Arie off. I think that in the all-out-fight that's been brewing between Krystal and, well, literally everyone else, Krystal will finally be kicked out of the mansion. Also, can we finally send Ashley home please?

Krystal was very close to going home last week, but this is going to be her last week on the show. She has been getting too clingy and Arie is starting to see it. I have no clue why Ashley is still on the show - she has gotten absolutely no screen time. Jacqueline has also gotten little to no screen time, which could start catching up with her this week. Bekah M. may be young, but Arie is still in love with her. She should continue receiving roses frankly because she is amazing. I was considering sending Marikh home, but ultimately think Krystal is the one who should get kicked out the door this week.

The fact that Arie is sending more than two girls home this week means anyone he doesn't have a connection with could be getting the boot. Ashley just hasn't had the time alone with him to make any sort of impression, and the same goes for Jacqueline, who hasn't been seen much in general. Jenna is the wild card who gave Arie a pedicure on day one and has the laugh of a madwoman. I think Arie has kept her around long enough, and we'll be saying goodbye this week as he gets more serious about finding a wife.