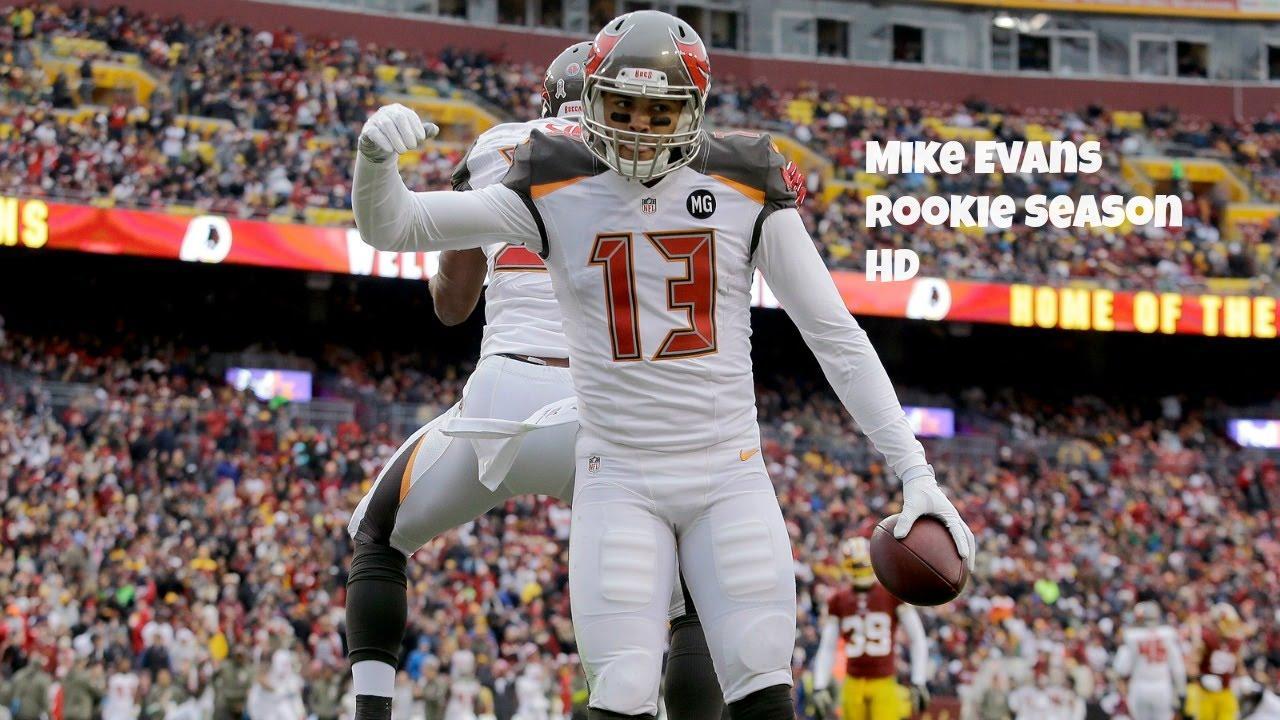 Photo: Mike Evans and the Bucs have a tough matchup against Minnesota. Who's going to come out on top? Scroll down to see what our experts think.

Photo: Mike Evans and the Bucs have a tough matchup against Minnesota. Who's going to come out on top? Scroll down to see what our experts think. Photo courtesy of Youtube.

Nate says: The Rams are a talented young team that should be able to handle the lowly 49ers
Ellie says:The 49ers have yet to score a touchdown, while the Rams are on the rise.
Noah says: The Rams took a rough loss at home last week but will bounce back and have a nice game against the 49ers.
Eric says: The unsteady 49ers quarterback will be unable to convert on enough important third downs an red zone opportunities.

Nate says: Trevor Siemian put on an impressive showing against Dallas last week, and the Broncos defense was even better. The Bills will just not be able to get anything going this week
Ellie says: Siemian has torn through every defense he's faced so far, the Bills won't be any different.
Noah says: With the Broncos defense looking great as usual, and the offense starting to click, the Bills pose no threat to this team.
Eric says: A lucky win against the Dallas means nothing, expect the Bills to defend their home field.

Nate says: The Saints defense is atrocious, and even though the Panthers had trouble putting points on the board last week, they should definitely be able to knock off their division rivals.
Ellie says: The Saints were crushed last week but I see a comeback against the Panthers who are struggling without Olsen.
Noah says: The Panthers offense has been a no show this season but their defense has been stellar. This will lead them to a close win against the Saints.
Eric says: The Panthers only scored 9 points last week? Pathetic. Drew Brees will tear them apart.

Nate says: If Sam Bradford doesn't suit up, expect the Bucs to dominate this one.
Ellie says: This could be a close game but Tampa's defense will give them an edge.
Noah says: The Buccaneers came out strong last week and showed that they are a playoff contender. A tough loss to the Steelers is still in the back of the Vikings mind and will allow the Bucs to stomp all over the Vikings.
Eric says: The rested Bucs will edge out the Vikings in a close game. Any given Sunday, if you know what I'm sayin'.

Nate says: As crazy as it sounds, Rookie QB Deshone KIzer and the beginnings of a revamped defense in Cleveland could take down the Colts and whichever QB they decide to start.
Ellie says: The Browns are a little less terrible than the Colts.
Noah says: Two of the worst teams in the NFL. Without Andrew Luck, the Colts will allow this young Browns team to pull out their first victory this year.
Eric says: The Colts have proven that without Luck they can't win, even against the Browns.

Nate says; The Fins stole one from a solid Chargers team last week, but I'm sure they won't have as much trouble this time around in the meadowlands.
Ellie says: The Jets are still a mess.
Noah says: Jay Cutler showed that he is still a formidable quarterback in the NFL and the Jets are a bad team. The Dolphins will pull out the victory.
Eric says: While the Dolphins are somewhat mediocre, the Jets are straight up terrible.

Nate says: Brady torched the Saints for 450 yards and three TD's last week and I do not think he's going to slow down.
Ellie says: Brock Osweiler just isn't skilled enough to take on Tom Brady.
Noah says: The Texans will make this game much closer than people think but the Patriots are just too good.
Eric says: Last week Brady and Gronk went off, reminding us of the Super Bowl team the Patriots are.

Nate says: The Falcons offense is just too good, and Matt Stafford's fourth quarter magic will be too little too late.
Ellie says: Atlanta is a powerhouse team, even without Vic Beasley.
Noah says: The Lions are overrated after two wins and the Falcons are a good team. The Falcons will pull out a tight victory in Detroit.
Eric says: Right now, the Falcons are the best team in the NFL, i'd be surprised if the Lions pulled out a victory.

Nate says: The 'boys are overrated. Everyone saw that last week when they got throttled by Denver's defense. If the Cardinals can run the clock, and control the line of scrimmage, they could take this one at home.
Ellie says: Both teams have had disappointing starts to their seasons, but without David Johnson in the backfield, Arizona's offense looks much less menacing.
Noah says: The Cowboys are too overrated and the Cardinals are too underrated. It will be extremely close but after a terrible showing last week, the Cowboys will slouch in a loss.
Eric says: The first bad week of Zeke's career means nothing, expect him to bounce back against the Cardinals.