No one expected a new show from NRK (a Norwegian government-owned radio and television company) targeted towards older teens to become as popular as it did. The Norwegian Broadcasting Corporation wanted to draw in the demographic they lost the most to Netflix by creating a show based on what real teenagers in Oslo, Norway do, think and say.

The result was Skam, or Shame in English, which reveals a different character's experiences each season. Creator, writer and director Julie Andem conducted long interviews with target audience members each season to make the show and its characters as realistic and believable as possible. The characters are based off of real people and extend beyond the show- they have social media accounts that are active 24/7 to give viewers a fully immersive experience with the characters. Her work paid off because- without any promotion- millions of teens became obsessed with the series and broke viewership records in Norway, Denmark and Sweden. At one point over a fifth of the Norwegian population was tuned in to watch Skam.

It also captivated international audiences and versions of the show, with subtitles made by fans, started popping up in various languages. Clips of the show are released in real time on a website accompanied with screenshots of texts, and instagram posts which makes the suspense even more intense. Each character also has an instagram account with posts corresponding to the events of the show. 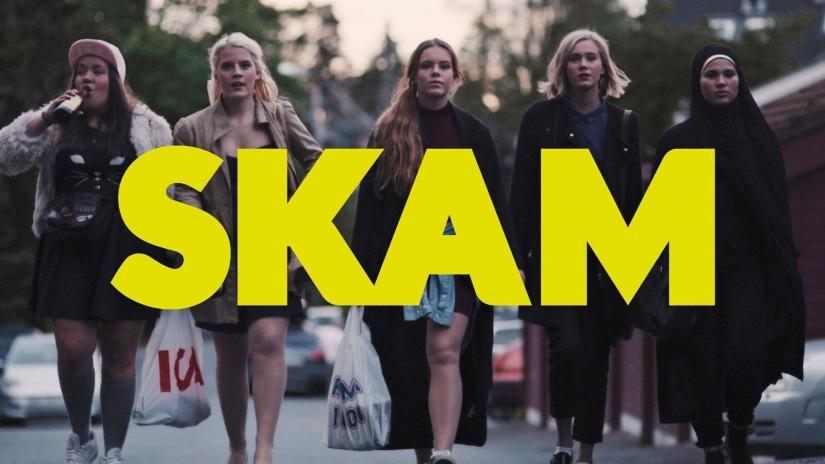 Skam has its own little world online and on social media, which connects teens to the characters. The show also takes place at a school that some of the actors attend in real life, which attracts some attention. Recently Nissen School had to close its doors to visitors because Danish tourists would swarm hallways in search of Skam characters. Classes would be disrupted by teens trying to find their favorite characters, so measures had to be taken.

Why are teens stalking characters that don't exist? Because it feels like they do. Everything in the show is what teens might go through in real life. Nothing is sugar-coated, exaggerated or censored. Personal problems, body image, homosexuality, cultural and religious identity, social issues, friendship, sex, drugs and addiction are all portrayed as they would occur in teens' lives and there is little adult involvement because these are issues teenagers are figuring out for themselves.

Even when it was first released in 2015, there were no trailers or promotion because the creators wanted young people to find it and spread it on their own without adults. The show tells it like it is and, believe it or not, teaches teens invaluable lessons disguised with drama, parties and hookups.

Because the show is so raw and real, and the characters have such a strong media presence, teens become very invested in the outcomes of the show. When something particularly crushing happens, students have reportedly skipped school, spending the day on the Skam page or looking through their social media feeds for any information on what would happen next. Others have just stayed home to binge watch episodes, because once you start it's very hard to stop. They also lay awake at night, refreshing Skam's page in hopes of new texts or clips.

It's safe to say Skam has taken Norway (and several other countries) by storm. For Blazers who aren't a fan of subtitles, NRK has announced it will be releasing an English adaptation of Skam for American and Canadian viewers in the next year.