The movie begins as Chris (Daniel Kaluuya) and his girlfriend, Rose (Allison Williams), head to the suburbs to meet Rose's family. When they get there, Chris immediately notices that something is off with the family. The black groundskeeper and maid, Walter (Marcus Henderson) and Georgina (Betty Gabriel) are both out of place and uncomfortable around him. Rose's brother Jeremy (Caleb Landry Jones) assesses Chris' physical abilities and tries to wrestle him at dinner, making things even more awkward. He continues to have odd encounters with white people, from being hypnotized by Rose's mom (Catherine Keener), to finding an old friend married to an old white woman, Chris realizes something's up and tries to escape from the home before it is too late. Unlike typical, oblivious horror movie characters, Chris logically reacts to keep himself alive.

Part of the genius of the movie is that it expertly combines horror with the comedy. Chris' friend, Rod (Lil Rel Howery), provides comedic relief as he watches Chris' dog and connects the dots of what is going on with Rose's family . He warns Chris to stay away from the white suburb, or else he'll become a "brainwashed sex slave". Though spliced with humor, the horror element is never lost. The anxiety grows as the Armitage family gathering commences and Chris meets a bunch of old, racist couples. An old woman asks about his sexual abilities, another feels his muscles, and a man comments on black being "in fashion”. The Armitages size up Chris then hold a veritable bidding war for him, providing a parallel to slavery. Slavery was abolished, but racism continues to persist, and black people are still treated as the lesser race, like how the Armitages treat Chris.The movie also alludes to the current situation of police brutality against black people. 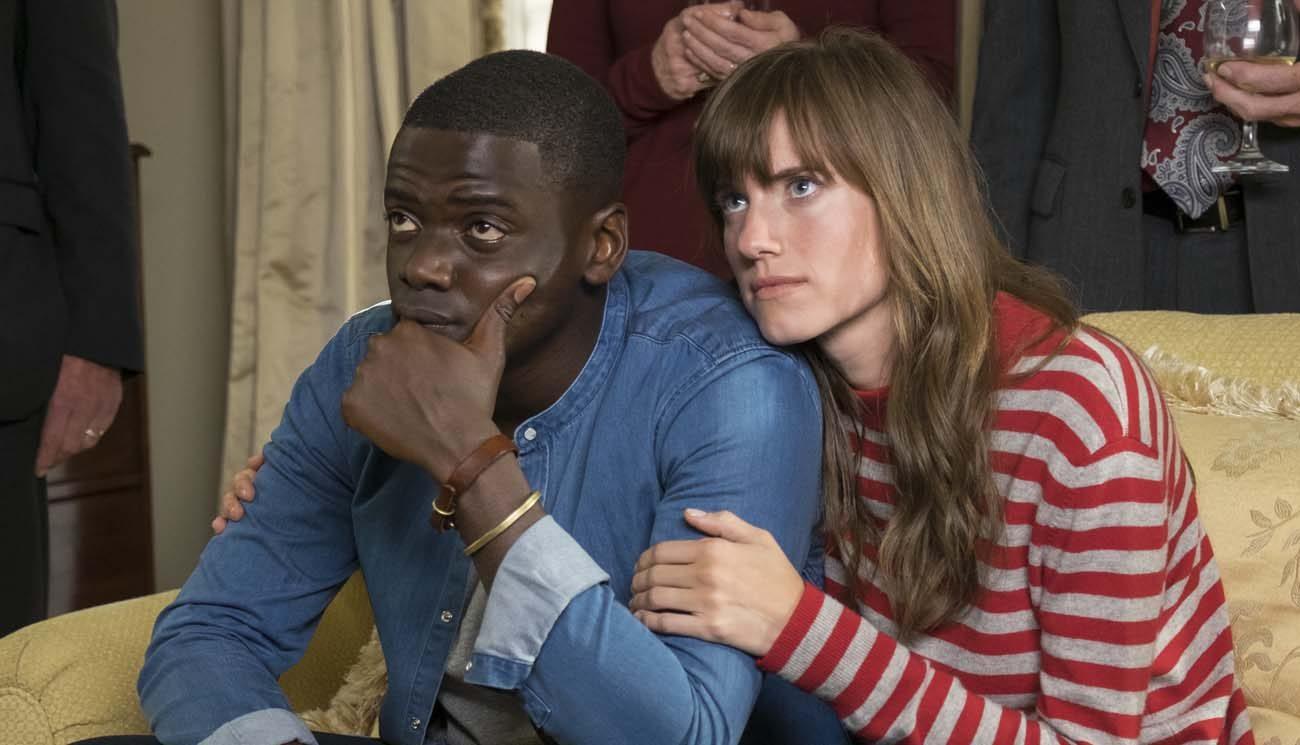 Photo: Chris and his girlfriend Rose go to upstate New York to meet her family.

Photo: Chris and his girlfriend Rose go to upstate New York to meet her family.

The quality cinematography, solid soundtrack, and realistic acting is a refreshing change of pace from recent cheesy horror films.. The cinematography was seamless and creative, making the movie fun to watch. And the music added to the uneasy tone in the Armitage house which augmented the horror film feel of "Get Out". Jordan Peele's writing was comedic, as always, and addressed the many levels of racism. Not only will you leave the theater with a healthy fear of white people, the movie will have you laughing, and jumping out of your seat.