More than half a million people gathered in the nation's capital to march in the Women's March on Washington last Saturday, Jan. 21.

The Women's March on Washington was one of hundreds of marches around the world fighting for women's rights in the face of the new presidency. The marches were organized on Facebook after President Donald Trump was elected and an estimated three million people marched worldwide, including in Washington D.C., New York City, Paris, London, Los Angeles, Berlin, Alaska and Antarctica. 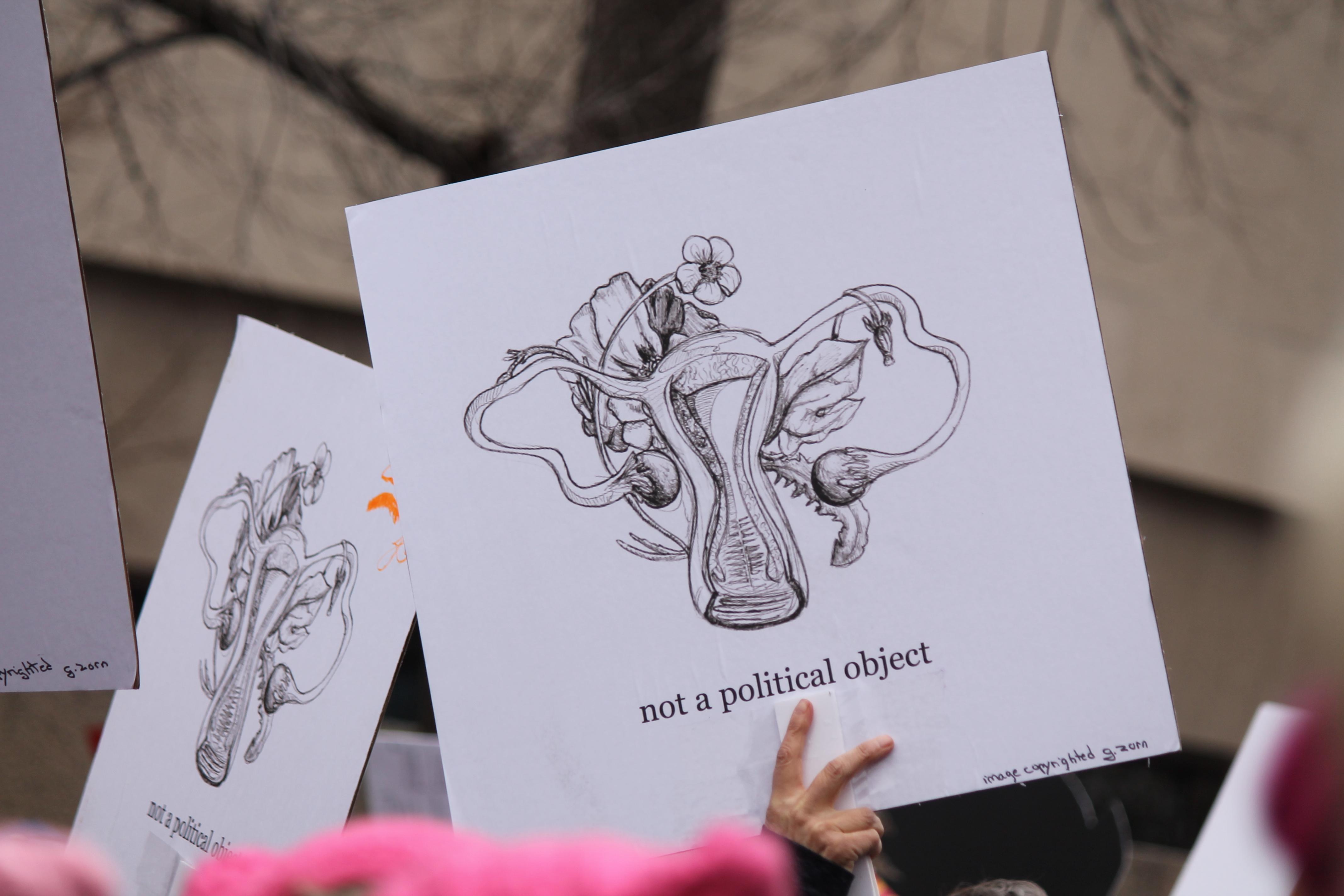 Before the march, celebrities, activists, and speakers led a rally with chants, performances, poetry, and speeches. Speakers encouraged the crowd to run for office, call politicians, and stand up for women's reproductive rights. Janelle Monae brought the mothers of black men and women who have been killed in a tribute song repeating the words "Say His/Her Name." Alicia Keys also performed, singing "Girl on Fire." 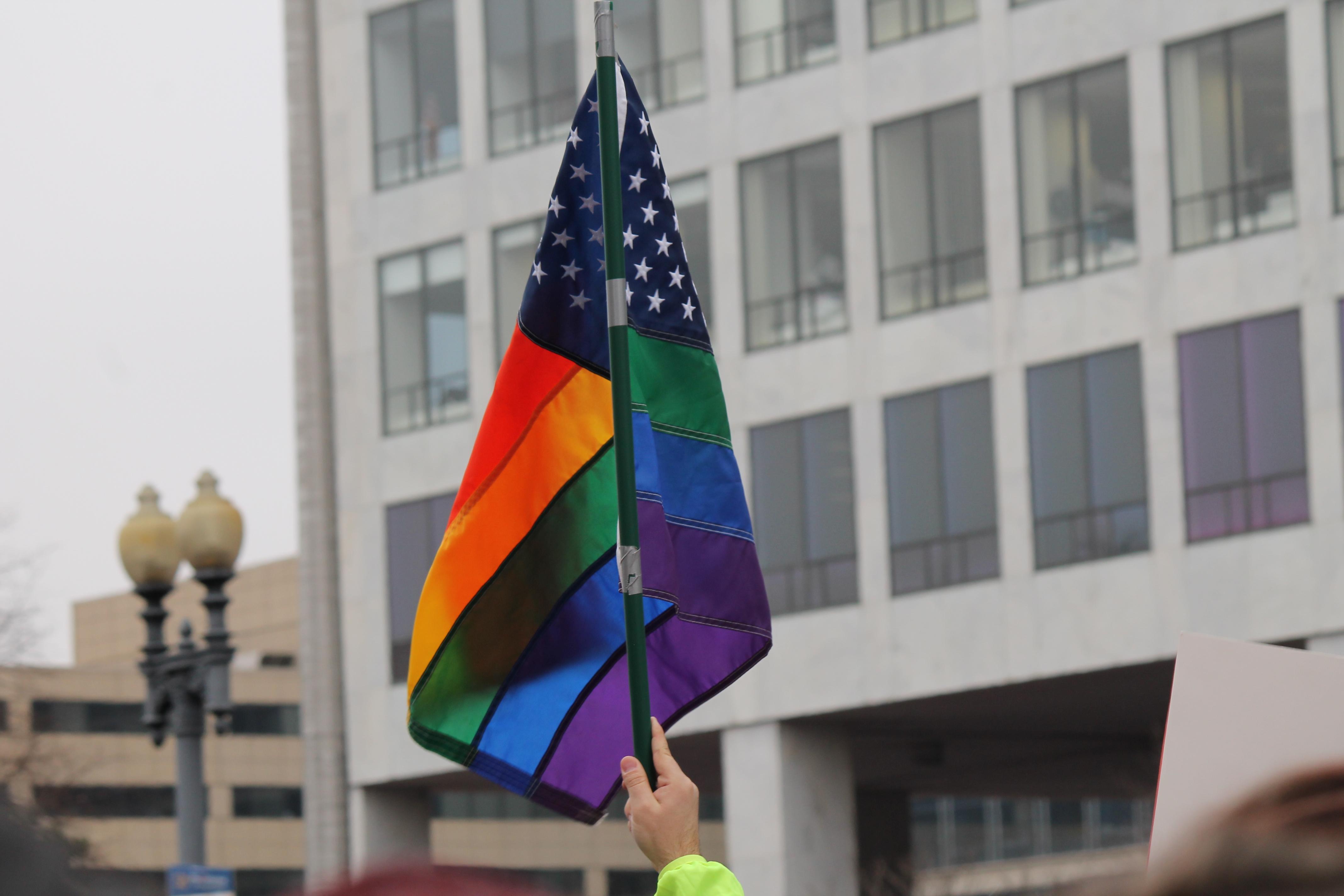 Pride at the March

The performers shared many different messages, and people marched for an array of causes including women's rights, immigrant's rights, Black Lives Matter and LGBTQ+ rights. People held up signs with a variety of messages, such as "Women's Rights are Human Rights," "Love Trumps Hate," alongside gay pride flags and images of uteri.

After the rally, participants proceeded to stream out and spread out beyond the planned march route. Hundreds marched down Pennsylvania, and Constitution Avenues. Sophomore Emma O'Driscoll spent hours in the crowd during and after the rally, and was glad to make her voice heard. "I was there to show my support for the movement towards equality for all genders, races, and sexual orientations and I hope the message that was sent was that we will not sit and allow people to be oppressed," O'Driscoll said. 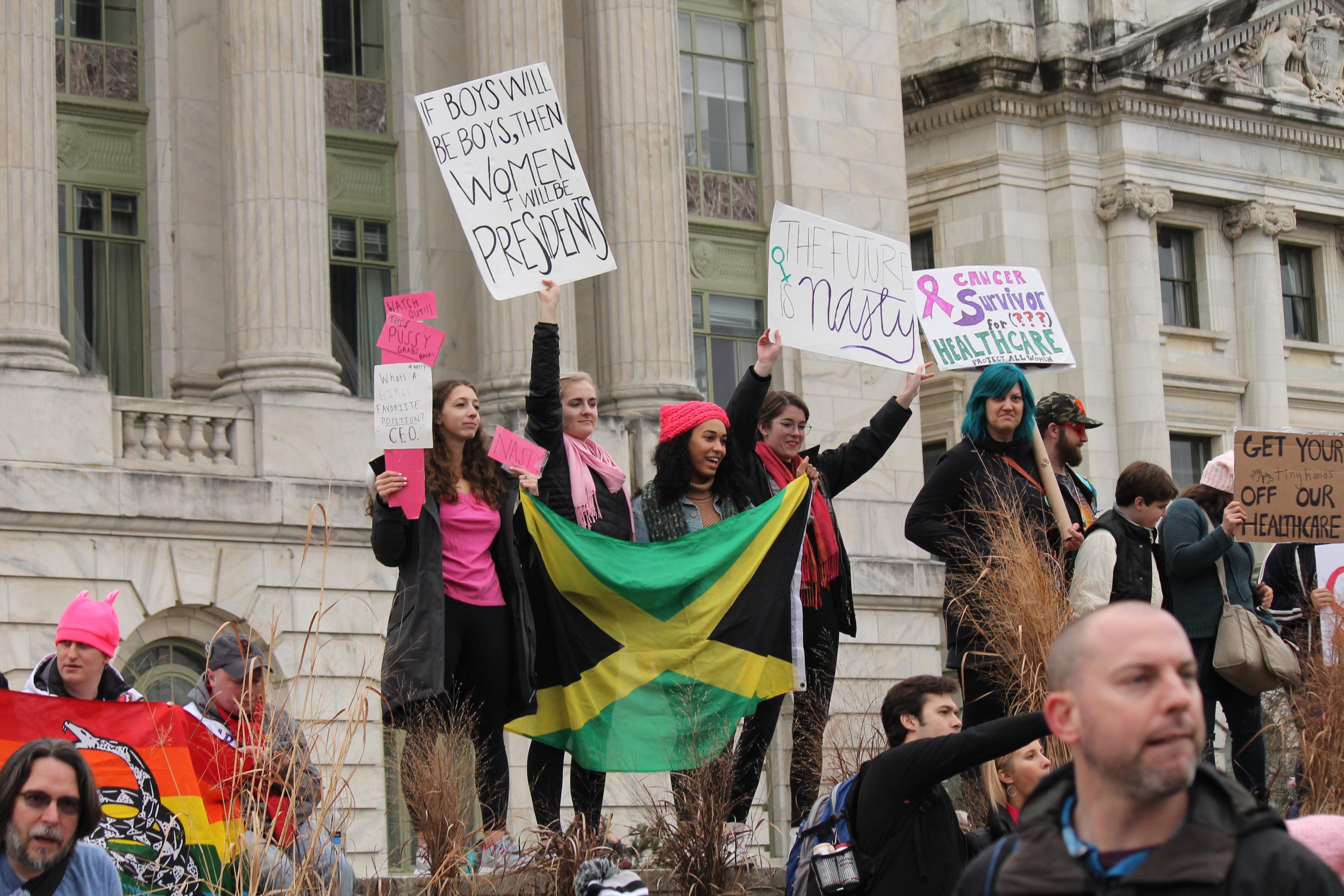 Photo: A group of girls protests with signs and flags.

Photo: A group of girls protests with signs and flags.

Senior Iyanu Bishop was a youth ambassador for the Women's March. She was able to stand near the stage and talk to different celebrities about social justice. She still feels that the march could have been improved. "There wasn't much intersectionality. White cis women still dominated the space and the protesting,” she said. However, she still recognizes the march's importance. "I'm an activist myself so being able to have that huge platform to meet new people, learn, and just stand up for something you believe in is important," Bishop said.

There were a few counter-protesters present at the rally, as well. Small groups of anti-abortion individuals protested the march. They were significantly outnumbered.

The Women's March on Washington was the largest one-day protest in U.S. history, and many Blazers were a part of it.