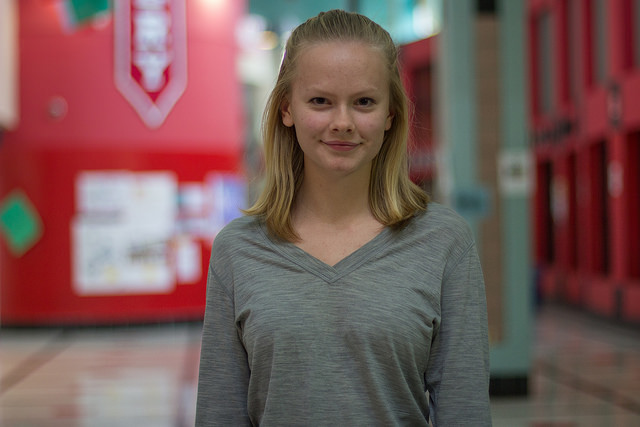 MCPS employee arrested for sexual abuse of a minor

Cory Boatman, long-term substitute teacher and assistant football coach for Montgomery Blair High School, has been arrested and charged with one count of sexual abuse of a minor.

How to spot a fire technician

The Maryland State Department of Education is in the process of changing the government High School Assessment (HSA) test and plans to phase out the biology HSA test next year.

Getting down and dirty

Secluded in its own little niche just off of the 210s hallway, it's unlikely that many Blazers have ever actually been inside the greenhouse. But for those who yearn to roll up their sleeves and get dirty or to discover the green thumb they never knew they had, this small, glass-paneled classroom is a haven.

Bocce on the rise

Junior Falla Mathieu bends down. After a moment of concentration, she gently tosses a ball forward. It bounces once, twice, then glides down the gym floor before coming to stop. It's now the closest to the yellow ball, and Blair wins the game. The sport is bocce, and a small but dedicated crowd goes wild for Blair's close victory.

Juniors Charles Goldman, Joshua Sorto, Le Do and Michael Yin are all running for Student Member on the Board (SMOB) this year.

Showing a war through a screen

Bana Alabed, seven, is a little Syrian girl bringing the daily struggles of living in a war zone and what is happening inside of Aleppo to the forefront of national media. Her medium for doing this? Twitter. During Syria's civil war, social media is helping the international community care more about the Aleppo conflict by directly seeing how it affects those living in Aleppo.

The Blair Blazers won 60-24 on Friday against the Springbrook Blue Devils. The first quarter saw the Blazers start off slowly, allowing the Blue Devils to match them score for score. Despite the shooting ability of the Springbrook guards, Blair was able to take the lead in the second quarter.

Lifting the veil on the rise of German Islamophobia

German Chancellor Angela Merkel called for a ban on the full face veil in a speech at her party's conference. She said wearing the veil, called niqabs and burkas, was not appropriate in Germany. However, banning the veil does not encourage the cultural assimilation of migrant women.

Integrating technology in classrooms sounds groundbreaking, but the reality is not so glamourous. When Promethean boards started popping up in classrooms all around Montgomery County in 2008, it sounded like the perfect technology - designed to make learning interactive and to bring the fresh face of the 21st century to the classroom. But eight years later, those shiny dreams have come up short.

It's everywhere. It finds its way onto athletic wear, shorts, sweatshirts and hats. People are obsessed with it. Its presence is so constant that that the average Marylander doesn't even notice it anymore. What is it? It's the coolest state flag of all: the red and white cross and black and yellow checkers of Maryland.

In the wake of Trump's election, many have expressed a need for solidarity and tolerance. Wearing a safety pin is supposed to signify being an ally and a safe person who will stand up against oppression and protect those being publicly harassed.

Picking up the pieces

The explosion that ripped through a Long Branch apartment building this summer also tore apart many of the lives of the families affected. Heard from a mile away, the explosion killed seven and left many others displaced. The community pitched in to attend to the immediate needs of the victims, but two months later, numerous families are still in need.