In the wake of Trump's election, wearing a pin symbolizes safety

In the wake of Trump's election, many have expressed a need for solidarity and tolerance. Wearing a safety pin is supposed to signify being an ally and a safe person who will stand up against oppression and protect those being publicly harassed. And after the recent walk-out, some Blazers may want to wear it to show their beliefs and unity against Trump. 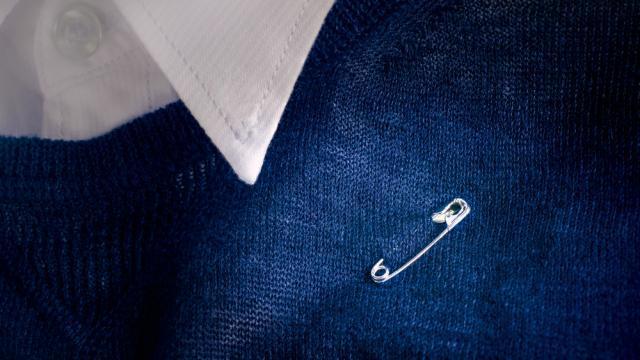 Photo: People wear safety pins to stand together against Trump.

The safety pin campaign was started in the United Kingdom by an American living in Britain. With a rise in xenophobia-related incidents, an anonymous American woman was inspired by the Australian #illridewithyou movement to help Muslim Australians feel safe when riding public transportation. The woman proposed that allies wear safety pins to signify that they are a safe person to come to. The movement caught fire, and soon "safety pin" was trending on Twitter as people posted pictures of their safety pins.

Blazers should think twice before doing so. It sounds heartwarming and like a promotion of positivity, but there's a bit more underneath the surface. Critics have pointed out that it shouldn't become a symbol of "wokeness" for white allies to hide behind. Wearing a safety pin encourages the bare minimum- wear this and you won't have to actually involve yourself in making change happen. It has also been criticized as a way for white people to disassociate themselves from Trump so that they won't be labeled as racist, and to relieve themselves of white guilt.

Journalist and activist Demetria Lucas D'Oyley defines the safety pins as nothing more than a pathetic attempt at action. "Let's call these safety pins what they are: an empty gesture," D'Oyley says. "These pins, not the wearing of them nor the pictures posted of folks wearing them, are not about safe spaces. They're about not wanting to be perceived as a racist. Like, 'I might be white, but I'm not like them, over there. I'm enlightened,'" she writes.

With the safety pin movement, both sides of the issue have truth. It does symbolize standing together, but it's also important to ensure that when an ally fastens the pin to their shirt, they understand that that their activism cannot end there. For Blazers thinking about donning the pin, remember this: it's a sign of solidarity for those affected by Trump's election, but it must be backed up with activism. The pin isn't a free pass or a fashion accessory. Choosing to be an ally has to mean choosing not to be silent.