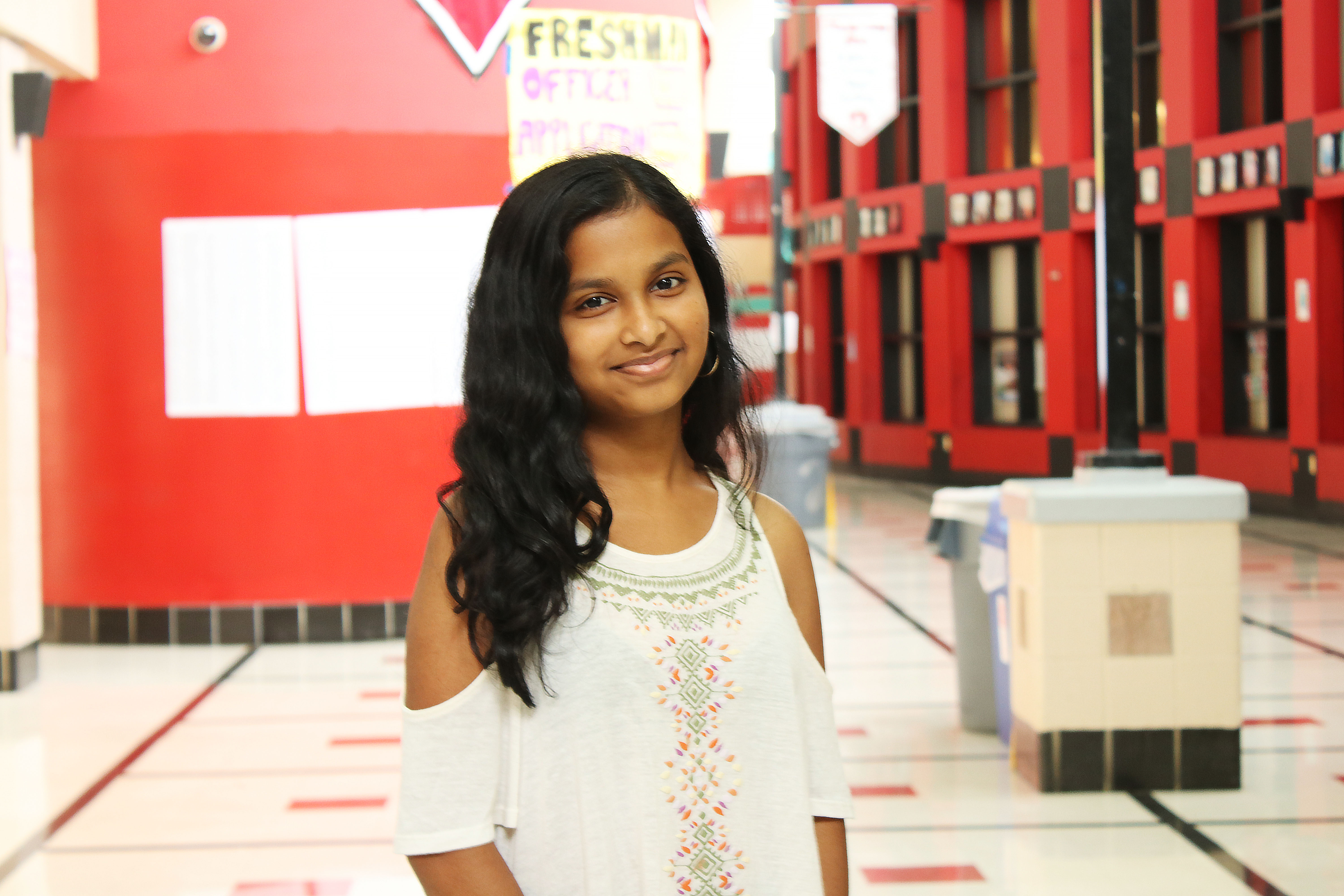 Name: Mahnaz Habib
Position: Ombudsman
Graduation Year: 2019
Hi! I'm Mahnaz and am a staff writer. I love to hang out with friends, read, and watch Stranger Things. I also dance and play the violin.

Jal speaks on his journey from child soldier to recording artist

The roles and responsibilities of Silver Chips Online's first-ever ombudsman

The PTSA sells fresh fruit to raise money for their organization

For Muslims, "punish a Muslim day" is basically every day

An anonymous letter brings fear to the UK

The backbone of Blair

"I think sometimes students think they have to do it alone now that they're in high school, or their friends are the only one they can go to. But there's a reason that they have a support system, we're always here to help," says Ms. Binnick, one of the many counselors at Blair, here to provide that extra support that everyone sometimes needs.

Ten Montgomery County Public School (MCPS) students were selected for full-tuition, four-year college scholarships from the Posse Foundation, a program which identifies public high school students with outstanding academic and leadership potential but have been overlooked by the traditional college selection process. Out of these ten MCPS students, three Blair seniors were selected: Marc Monteil, Darien Price and Samuel Teshome.

On Sunday Jan. 7, 19 million people turned the TV on to watch the 2018 Golden Globe Awards. This year, the awards show did more than just announce the winners of "Best Supporting Actress" or "Best Motion Picture." Many viewers may have noticed a common wardrobe color among many the movie stars: black.

Stepping up the game

Sophomore Justin Haddad comes home on a Friday afternoon, packs his fencing gear, and hops on a plane to Portland for his next competition.

Resist the violence, end the silence

Nur Jahan, age 85, fled Kuinnyapara village in Myanmar and was forced to find refuge in Bangladesh after witnessing several violent attacks on her village from the Myanmar army. Her son, Abdullah, was killed by the soldiers at age 28. She has seven other children but is unaware of their whereabouts.

Pixar and Disney have taken us into outer space with "WALL-E", inside our mind with "Inside Out", and under the ocean with "Finding Dory," but "Coco" enters into a world that we've never seen before.

Senior Moira Johnson walks through Blair Boulevard along with hundreds of other students rushing to get to class. Suddenly, she feels a soft, plush texture brush against her arm and can't help but shriek.

Victim blaming is the new normal

In a country built around the construct of race as a system of power and oppression, victim blaming is just another form of discrimination that people of color face.

Blair wins 7th overall at the division I county championship

On Saturday Oct. 28, Blair placed seventh out of eight teams at the Montgomery County Division I County Championship at Montgomery Blair, and out of 18 high schools competed across all three divisions.

Blazers can't keep up with the Rockets

Field Hockey scores early in the second half to topple Northwood

After taking two consecutive losses, Blair varsity field hockey (3-2) was able to bounce back and earn a 1-0 victory over the Northwood Gladiators (2-4).

Teens in Montgomery County partnered with the Montgomery County Department of Recreation (MCDR) to hold a charity concert at Strathmore on Sunday, Sept. 17 from 5-7 p.m. The proceeds, including ticket sales, t-shirt sales and online donations, benefitted victims of hurricanes Harvey and Irma. Tickets cost $20.

Pressure to be perfect