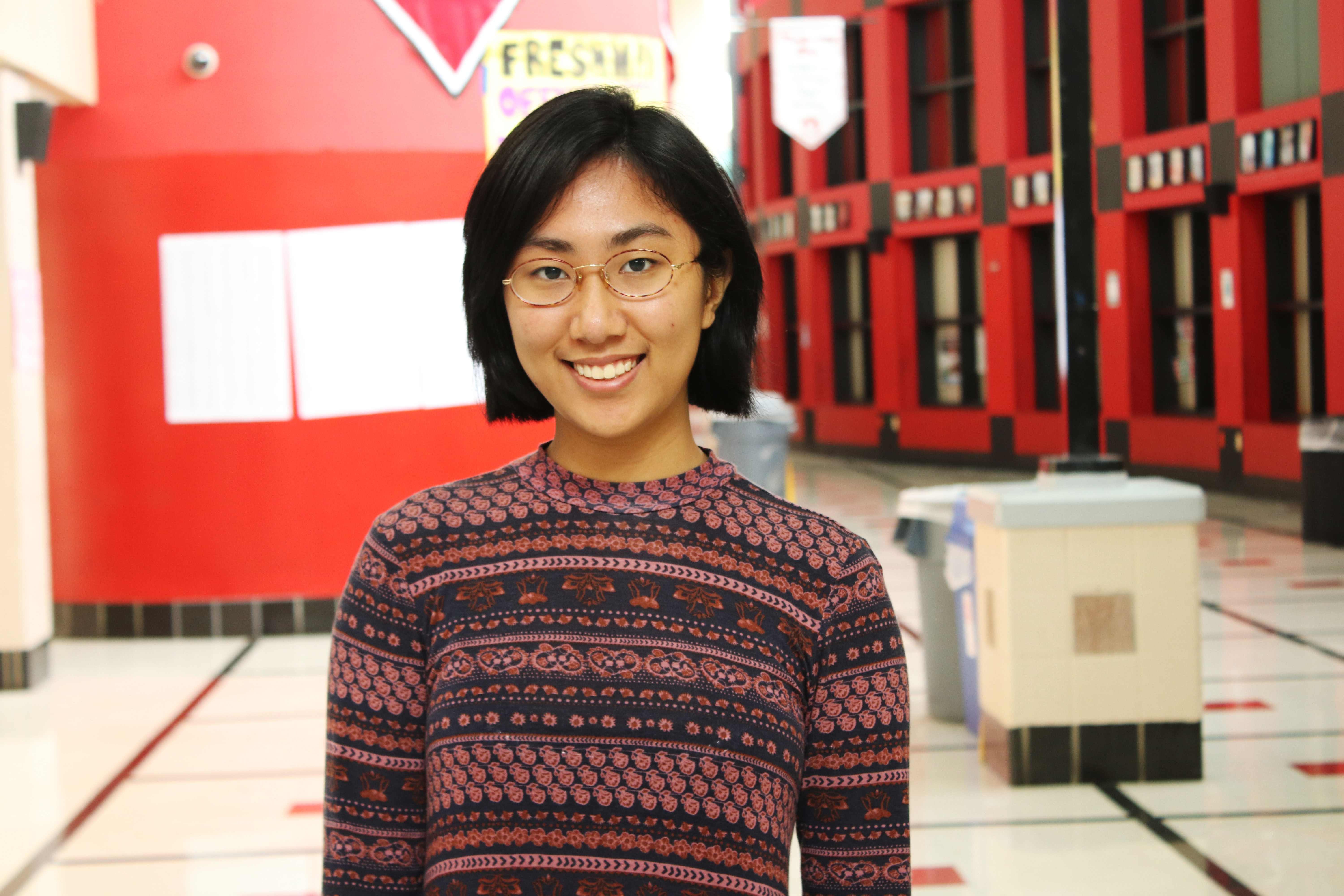 Discovery Communications, the company behind Shark Week and Animal Planet, is relocating its global headquarters from Silver Spring, Md. to New York City in the latter half of 2019 to keep up with its advertisement partners and investors on Wall Street. Discovery will keep its government relations department in Maryland.

Part Four of Four: Meet the Student Member of the Board (SMOB) candidates

Part Three of Four: Meet the Student Member of the Board (SMOB) candidates

Part two of four: Meet the Student Member of the Board (SMOB) candidates

Part one of four: meet the Student Member of the Board (SMOB) candidates

Lessons learned from a giant

On Monday, Nov. 27 during lunch, junior Blake threw a clay rock over the banister above Blair Boulevard, which fell on the head of teacher Elizabeth, who happened to be walking past the financial office on the first floor. The teacher ended up with a bleeding gash, a small lump on her head and headaches. Using Blair's security cameras, school administrators reviewed the incident in detail for evidence.

MyMCPS: A decision we had no say in

From middle school to high school, many students had a best friend named Edline, who knew everything about them from their daily attendance, to the grades they received on assignments. But when school started this year, Montgomery County Public Schools (MCPS) told them that Edline was no longer being used. With no recollection of giving input into the decision, students found themselves crashing head-first into a new system with almost no warning.

The Blair girls' varsity tennis team (7-5) triumphed over Paint Branch High School (3-9) with flying colors on Tuesday afternoon. The Blazers' calmness on the court, along with the Panthers' double faults, helped the Blazers secure an easy victory.

The Blazer girls' Division I varsity tennis team (5-5) suffered a tough 2-5 loss to the Richard Montgomery Rockets (8-2), a Division-I team. The Blazers fought hard in each game, but the resilient Rockets defeated the Blazers with consistency and strong serves.

The Montgomery County Public Schools (MCPS) Wi-Fi network was attacked on Wednesday, Sept. 27, resulting in widespread internet connectivity issues. MCPS identified but did not disclose the source of the attack.

The Blazer girls' varsity tennis team (5-2) defeated the Einstein Titans (0-7), a Division-IV team, in a commanding fashion, sweeping the Titans 7-0.

The Blair girls' varsity tennis team (4-2) struggled against the Whitman Vikings (4-2), a tough Division-I team, and won only one of the seven matches. The Blazers fought hard, but a lack of consistency helped the Vikings come away with a strong victory.

For the 2017-2018 school year, Montgomery County Public School's (MCPS) Department of Facilities Management added four new portables and changed two computer labs into classrooms. The expansion occurred after school administration ran a simulation that revealed Blair had more students than space. Construction of the portables began in June 2017 and ended in July, several weeks ahead of schedule.

"Despicable Me 3": a tale of despicable villainy and loving family

Universal Pictures' "Despicable Me" is back with Gru (Steve Carell) and his wife, Lucy Wilde (Kristen Wiig), in another package deal with elements that both children and adults can enjoy. Central themes of familial trust and self-identity, along with childish humor, make "Despicable Me 3" a worthwhile watch.

On Dec. 13, Blair club Code Girls had the opportunity to get to know the brains that make Facebook the giant that it is.

Upon entering the building that houses the Facebook office, we were dazzled by lines of shiny, glass windows all fitted into a neat array.

On Nov. 17, Lisa Betts pleaded guilty at the Montgomery County Circuit Court. Her sentencing is scheduled for Jan. 17 of 2018.

Despite Montgomery County Public Schools' good intentions in replacing Edline with myMCPS Classroom, students had no say in the change.

Jill Ortman-Fouse, at-large member on the Board of Education, thanks teachers for their cooperation in adapting to myMCPS Classroom.