The Blazer girls' Division I varsity tennis team (5-5) suffered a tough 2-5 loss to the Richard Montgomery Rockets (8-2), a Division-I team. The Blazers fought hard in each game, but the resilient Rockets defeated the Blazers with consistency and strong serves. 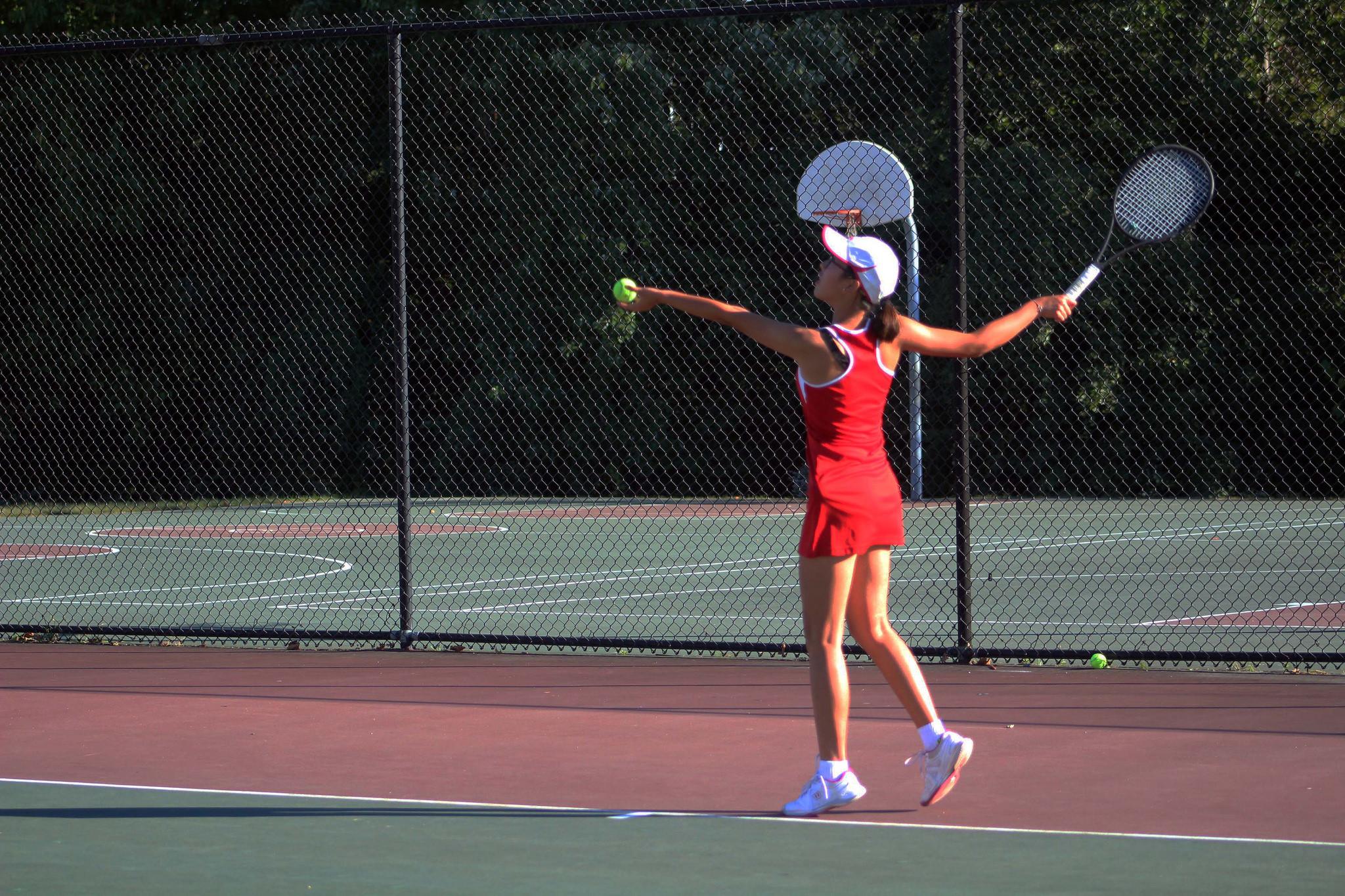 Captains Caitlin and Gillian Lee, seniors, won Blair's first doubles with scores of 6-0 and 6-1. At first, the two teams seemed to be in a close match. However, after what appeared to be a quick discussion between Caitlin and Gillian on how to improve the game, the Blazers began to hit more volleys, making it harder for the Rockets to return the ball.

Coach David Ngbea was impressed that Caitlin and Gillian used a volley, a skill that Blair's team needs to work on, to decisively win the game. "Today, some volleys looked good. The winning point in the first doubles was a volley, which was very impressive," Ngbea said.

Team captain Christine Cho and freshman Catherine Lo, who played second doubles, also fared well. They won the first set 6-4 and lost the second set 5-7. They persevered through the third and final set and won 8-6. Cho and Lo's use of volleys to return balls before they bounced helped them win the game. "We were a lot more prepared at the net," Lo said.

Unfortunately, the singles did not do as well; all Blair singles lost their games. Captain Priscah Rodenhuis, who played the first singles match, completed three tight sets in a match that lasted over two hours. In all three sets, Rodenhuis and her opponent slammed the ball back and forth with occasional volleys, to catch the opponent off guard and win a point. Rodenhuis lost the game with scores of 6-4, 2-6, and 3-6.

According to Rodenhuis, Richard Montgomery's consistency helped them pull out the strong victory. "Her[my opponent's] serves were consistent. She moved well and made the rallies last longer," Rodenhuis said.

Junior Deeya Garg, who played third doubles, agreed with Rodenhuis that the Rockets' consistency helped them win. "The other team was very consistent with their balls, getting them all in; they had pretty good serves," Garg said. The Rockets kept their balls inside the courts and served into the service boxes, making less double faults and forcing the Blazers into attempting difficult shots.

The Blazers' loss taught Rodenhuis strategic tips that may help her team win the next game. "Lessons learned," Rodenhuis said, "Get my first serve in, move, find out which side the opponent is lacking in and then go for that side."

The girls' varsity tennis team will play its next game on Tuesday, Oct. 10 at home against Paint Branch High School.