The Blair girls' varsity tennis team (4-2) struggled against the Whitman Vikings (4-2), a tough Division-I team, and won only one of the seven matches. The Blazers fought hard, but a lack of consistency helped the Vikings come away with a strong victory.

Team captains Caitlin and Gillian Lee played the first doubles. At first, they were playing too far back from the nets, but after adjustments, the match turned in favor of the Blazers. "Initially, Caitlin and Gillian were having difficulties with hitting sharp angles, so we asked to move up closer to the net," Coach David Ngbea said. With quick slices and accurate hits, the pair won both sets with high spirits and scores of 6-2 and 6-0. It was a strong start, but the rest of the team did not fare as well. 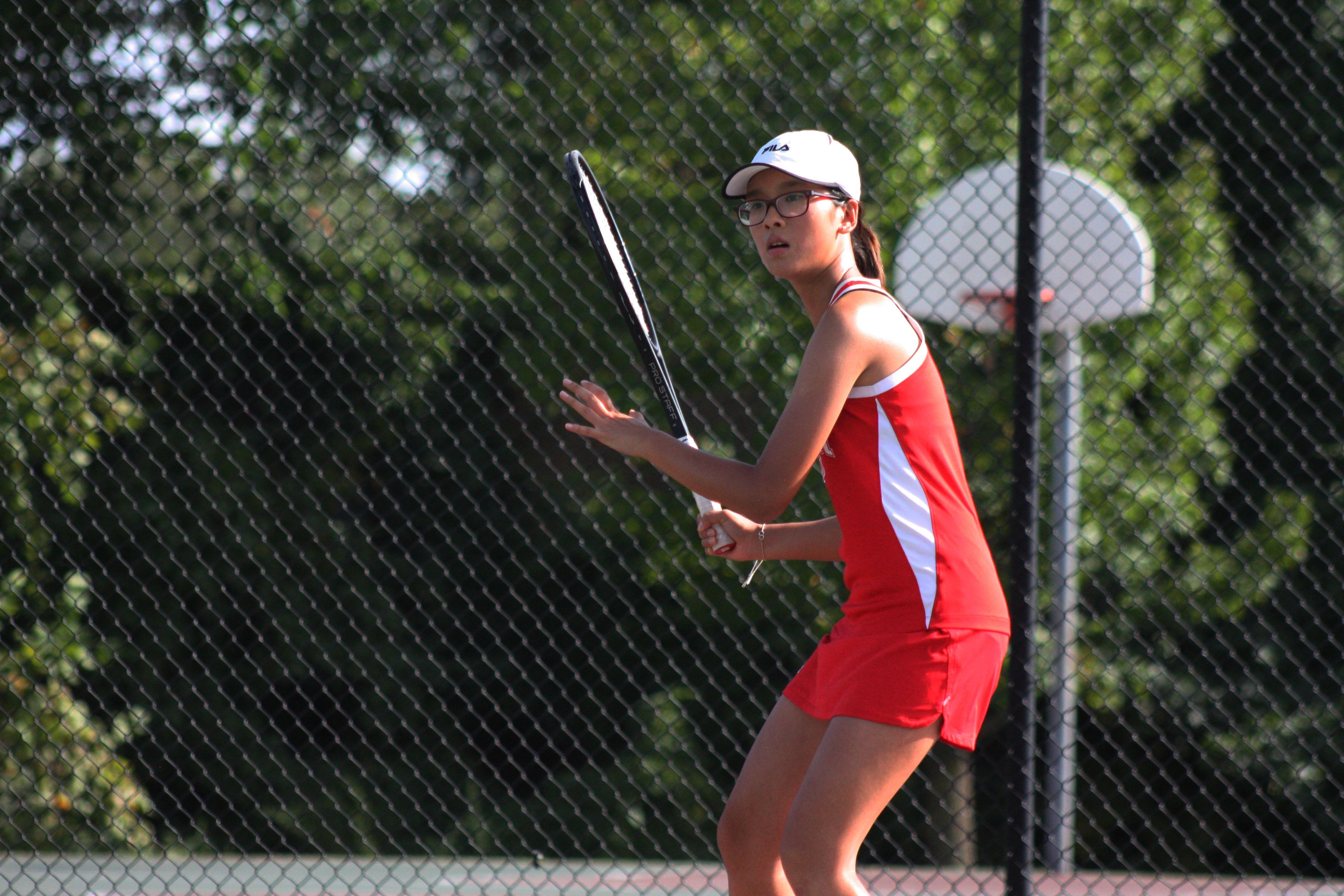 Photo: Sophomore Mary Chang gets ready to return a serve.

Photo: Sophomore Mary Chang gets ready to return a serve.

The Blazers lost overwhelmingly to the Whitman Vikings in all other doubles and singles matches. Team captain Christine Cho and freshman Catherine Lo, who played the second doubles match, lost the first set 3-6. In the latter half of the match, Cho and Lo showed less energy, hitting more balls into the net and out of the court, the mistakes adding up to a 5-7 loss.

Whitman's strong, fast serves and consistency throughout the matches allowed the Vikings to pull off a winning game. Faults in communication, volleys, and serves were among the predominant factors that led to Blair's loss. "There was one point where we got mixed. I said 'you got it,' but she misinterpreted it, so neither of us attempted the shot. So we can work on communication," Cho said. 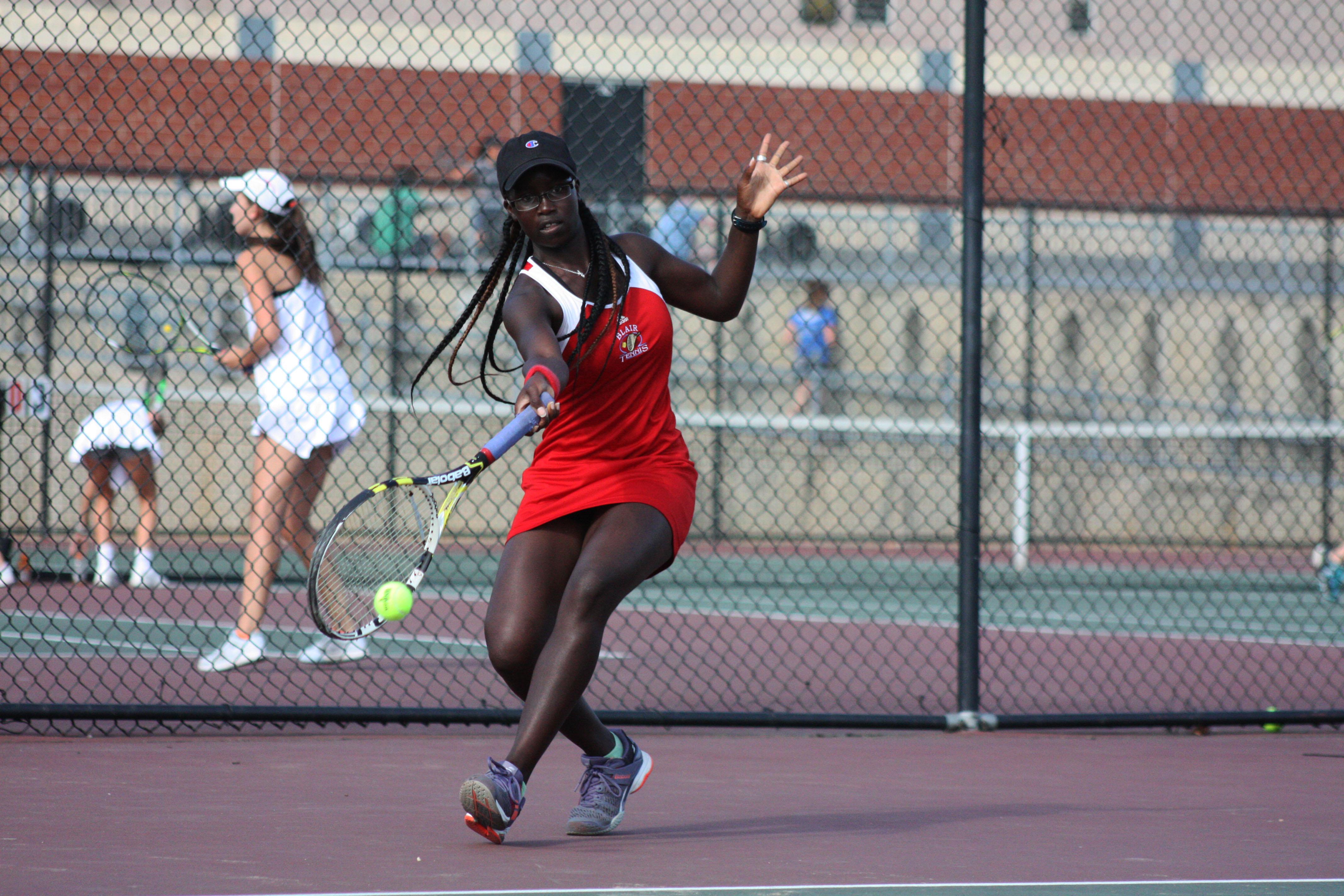 Photo: Captain Priscah Rodenhuis reaches out to return a stroke.

Photo: Captain Priscah Rodenhuis reaches out to return a stroke.

Despite the loss, captain Priscah Rodenhuis learned very valuable lessons about attitude. "Don't stress out. Play like I normally play during practice. Play aggressively; that's what I took from it," Rodenhuis said.

Overall, Ngbea is hopeful about future games and wishes his players to be more confident. "It's going to be tough. We have good players, and if they believe they can do it, then their attitude is better. I think that we should do well," Ngbea said.

The girls' varsity tennis team will play its next home game on Friday, Sept. 22 against Albert Einstein High School.