Blazers reflect on experiences with Hurricane Irma and Harvey 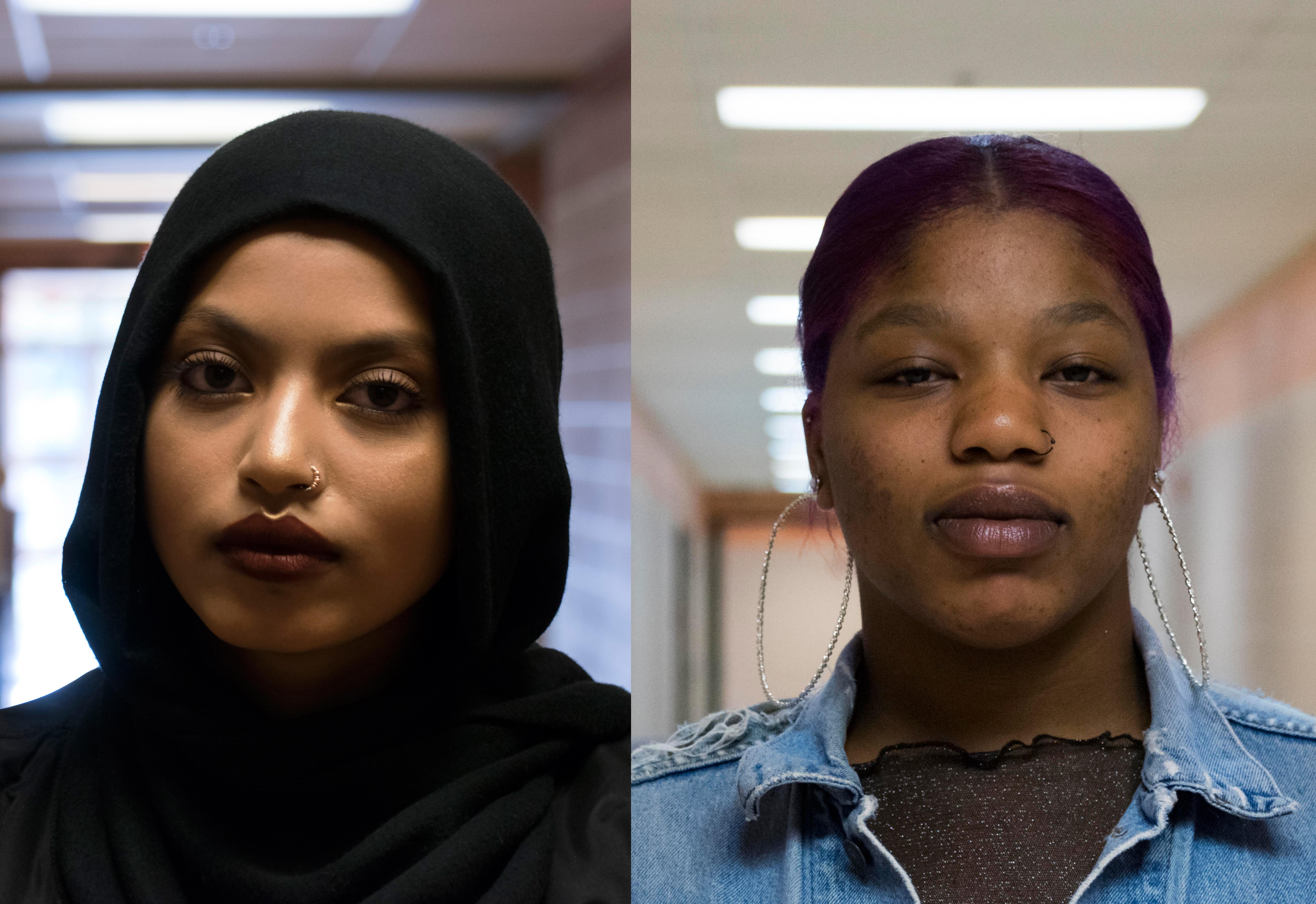 Photo: Junior Alishba Kamal (left) and senior Saraswati Temple (right) were both impacted by the hurricanes.

Photo: Junior Alishba Kamal (left) and senior Saraswati Temple (right) were both impacted by the hurricanes.

This summer, junior Alishba Kamal's final trip to Houston, Texas to spend time at her brothers' apartment was shaken by Hurricane Harvey. Harvey struck Kamal with the suddenness of a lightning bolt. When she got back to the apartment from a shopping spree, the imminence and peril of the situation were embodied in her brothers' frantic shrieks to stock up on water as quickly as possible. Only then did she realize that her trip had come to a bitter end. "When we got home, my brothers were freaking out: we had to go get water. They were like 'there's about to be a hurricane, and you guys are stuck in this apartment for the rest of your trip," Kamal recounts.

From them on, her main goal was to return home to Maryland. Originally, she was going to leave Houston on Aug. 27, but Harvey foiled her plans. Plane after plane, bus after bus, the transportation systems shut down, ruining their chances of coming back to Maryland and leaving them stuck at the apartment. Fortunately, Kamal and her family did not take the brunt of the flooding. "Our parents wanted us to go to a safer place, but throughout the whole week nothing happened to the whole apartment area, because it was gated," Kamal says. However, things were not the same on the streets. Outside, the flood's current was strong enough to drag cars down the streets. 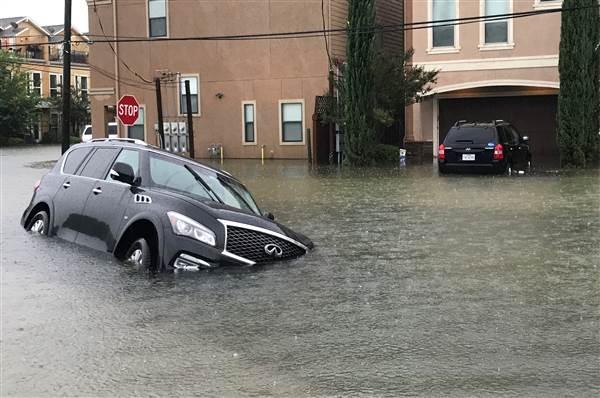 Photo: A car is sinking underwater in a residential area in Houston, Texas.

Photo: A car is sinking underwater in a residential area in Houston, Texas. Photo courtesy of NBC News.

By the end of the week, the family's food supply was dwindling. "We were running out of food and water. The last day before we left was the last food that we had," Kamal says.

Out of the whirlwind of turmoil came a familiar face and a risky plan. One of their family friends offered to drive them to Dallas. The journey to Dallas could only have been described with one word: treacherous. There were cars floating all around Kamal, and it seemed as though the car was only getting closer to being swept away by claws of the torrent. "When we were driving, the water came up to half of the car. I felt like we were going deeper and deeper, but eventually, we stopped going deeper and started coming back up," Kamal says.

Through trial and terror, Kamal left Dallas on Aug. 30 and arrived home after three connecting flights to Pittsburgh, Myrtle Beach and Baltimore. When she arrived, she realized how much she had to be thankful for. "I've never been so thankful for my whole life. I started appreciating Maryland, my house and my bed...just every little thing about it," Kamal says.

Sophomore Jawahira Baig had several cousins in Houston, Texas who were impacted by the force of Harvey. Two of Baig's cousins were fortunate enough to suffer only minor damage with slight flooding in their driveway.

But it was not the same for Baig's other cousin, Arsalan Jamil. Water crept into his house and garage and soon his entire house, all his belongings and two cars were completely swallowed by the floodwater. The kitchen, the bedrooms and the bathrooms covered under a massive rush of water. "The worst part is that it's in a no flood zone, which means home insurance did not even cover his house," Baig says.

Clutching his baby to his chest, Jamil did not know if he could make it out of the house. His jeans were soaked from the knees down, and he was covering his daughter with a blanket to make sure she stayed dry. The hurricane took control of Jamil's home, destroying all the food he had stocked. "They lost everything. It was just them and their family. No clothes, no food, they didn't have anything to bring with them," Baig says. 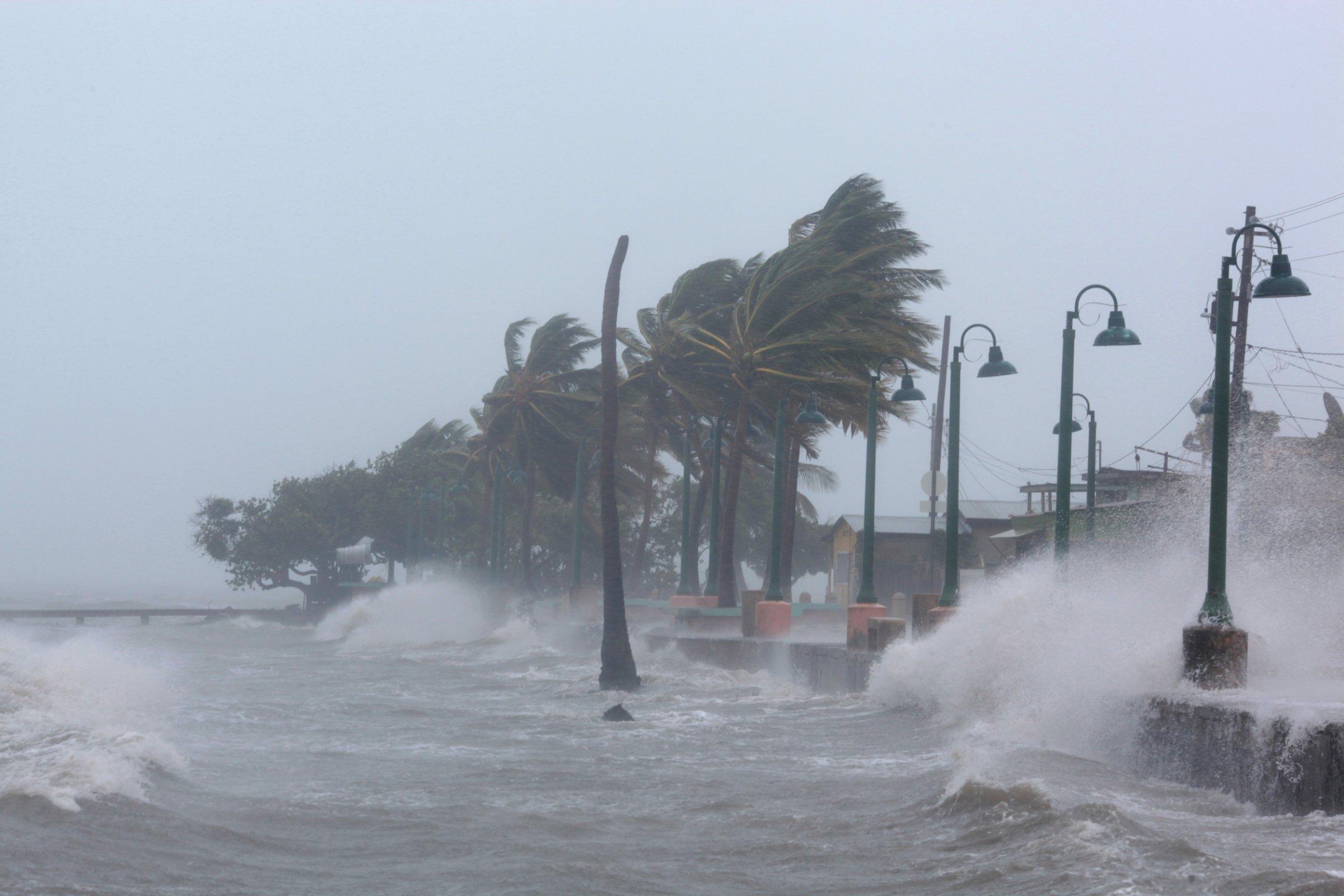 Photo: As Hurricane Irma crashes into Puerto Rico, waves slam into the seawalls, and the wind drives into the palm trees.

Photo: As Hurricane Irma crashes into Puerto Rico, waves slam into the seawalls, and the wind drives into the palm trees. Photo courtesy of Business Insider.

Jamil made his way into his parents' home, joining his two other siblings. The house was completely packed, but the family persevered with love and hope. "They are trying to get back into their normal lives, but it's definitely not going to be easy after everything they have been through. It will never be ‘normal' again," Baig says, deep in thought. Although the hurricane is over, their struggle to recover from Harvey is not.

Senior Saraswati Temple was excited to end summer on a high note when her mother decided to plan a quick summer vacation before school started. With her birthday was just a few days away, she couldn't wait to soak up some rays in Puerto Rico. Unfortunately, things didn't go exactly as planned.

Temple and her family first traveled to San Juan, Puerto Rico to celebrate, but there was no time to celebrate after they heard about the impending Hurricane Irma as fear filled her mind. "When we turned on the news and found out Hurricane Irma was coming, I was really scared; I didn't really know how to react, I was just so scared," she says.

From San Juan, Temple traveled to Aguadilla, a small but beautiful town in Puerto Rico. That was one of the best decisions they ever made, they just didn't know it yet. The hurricane just missed Aguadilla but charged through San Juan. If they hadn't left, they would have faced the crashing downpour of Irma head on.

But there was still one big issue: going back home. Hurricane Irma complicated flight schedules all over Puerto Rico, and cancellations followed one after the other like dominoes. "Two weeks went by, and everything was getting canceled and sold out. We were starting to get stressed," Temple explains.

What was supposed to be a before-school vacation took over the first three weeks of her senior year. Despite Temple struggling to catch up at school, she feels blessed that she and her family are safe. Her story is a true miracle, and it all came down to her faith. "The hurricane was coming straight toward Puerto Rico. We thought we were in some serious trouble. But my mom, my sister and I are all Christian. We were really believing in God to move it away. We were praying all through the night," Temple says. Temple can offer no other explanation, other than a true miracle from God, that allowed her and her family to stay safe and able to go back home.

The hurricane was an adventure of loss and growth for the Blazers. "Going from living like that over a week to coming back...you really feel like you've been living in luxury your whole entire life. You know, because some people never get out of it," Kamal says.

As a country and school, we are a community, and we are in this together. Please help the rest of the United States pull together by donating to the American Red Cross, World Vision, or other organizations collecting donations.

If you or anyone you know experienced the hurricane, please share below in the comments.