Teens in Montgomery County partnered with the Montgomery County Department of Recreation (MCDR) to hold a charity concert at Strathmore on Sunday, Sept. 17 from 5-7 p.m. The proceeds, including ticket sales, t-shirt sales and online donations, benefitted victims of hurricanes Harvey and Irma. Tickets cost $20. 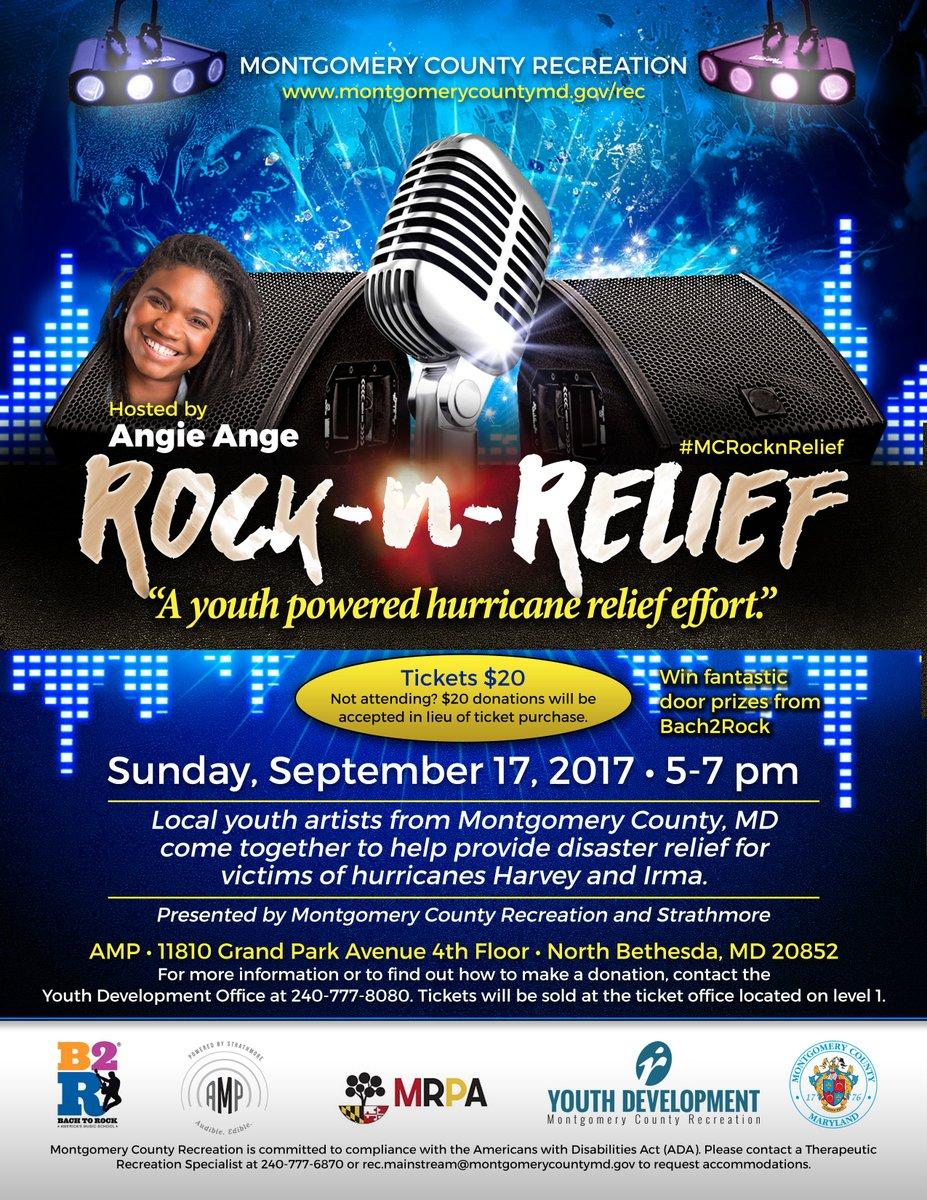 Photo: Teens performed at a benefit concert to raise money for victims of Hurricane Harvey and Irma.

Photo: Teens performed at a benefit concert to raise money for victims of Hurricane Harvey and Irma.

This event, hosted by Radio personality Angie Ange from 93.9 WKYS, was described by organizers as "a youth-powered hurricane relief effort." Performers ranged from seventh to twelfth grade. The concert featured local youth bands, solo high school singers and the local teen finalists in MoCo's Got Talent, a competition that the MCDR TeenWorks program coordinated.

Event t-shirts were sold on site and donations were accepted online. The concert raised over $5,000 for hurricane victims, exceeding their fundraising goal. The MRPA first distributed concert proceeds to the Houston Parks Board, an organization that helps Houston park employees and their families displaced by Hurricane Harvey. The benefit concert also distributed money to the Florida Recreation and Parks Association Foundation for those affected by Hurricane Irma.

MCDR Director Gabe Albornoz, described the concert as an inspiring and empowering charity event. "The teens not only raised awareness of the needs in Florida and Texas, but they raised resources to help the communities rebuild. This really does empower our youth to get them civically engaged," Albornoz said.

MCDR Chief Robin Riley was proud of the teens' dedication to the concert. "It is the compassion of the kids who gave their time and shared their talents that made this such a memorable event," Riley said.