Victim blaming is the new normal

In a country built around the construct of race as a system of power and oppression, victim blaming is just another form of discrimination that people of color face. "Victim blaming" is a term used when victims of violent crimes are held completely or partially responsible for the harm that befell them. People of color are often the ones who must carry the weight of victim blaming, especially women. Victim blaming has become a natural psychological reaction to many crimes, especially those affecting women of color. Even when a victim has done absolutely nothing wrong, holding a victim responsible allows people to think that such a crime could never happen to them and that the victim is just paying for the consequences of their actions. 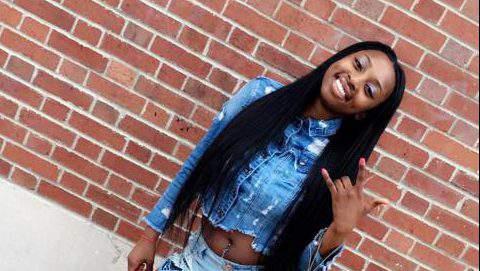 Photo: Kenneka Jenkins was found dead in a hotel freezer in Rosemont, Illinois after a party.

Photo: Kenneka Jenkins was found dead in a hotel freezer in Rosemont, Illinois after a party. Photo courtesy of NDTV.

On Sept. 8, Kennka Jenkins, a 19 year old black girl, vanished from her home after attending a party with her friends at Crowne Plaza Hotel. When she didn't return, her parents filled out a missing person report, and on Sept. 10, her body was found in a freezer in the hotel building. There was little information released regarding the official investigation of Jenkins death, and authorities suspect that she accidently walked into the freezer intoxicated. There is not enough substantial evidence leading to this suspicion, but was instantly assumed by police officers after medical examiners found that Jenkins had no interaction with anyone immediately before her death and suffered no trauma due to abuse. Authorities often neglect the death of black people, and take a few quick looks at the investigation to determine the death as the fault of the victim.

The story of Nabra Hassanen highlights the same issue in the case of Jenkins. She was a 17 year old girl who was raped and murdered by a man named Darwin Martinez Torres. She was walking with her friends, when Torres approached them. Hassanen was unable to escape, and was beaten, raped and killed before being thrown into a pond. Although many expressed disgust after her death, others blamed Hassanen. She was blamed for wearing a hijab, being out late at night, and not doing what Torres asked of them.

Victims of homicide are often undervalued or demeaned, because people internally blame these victims for their own death. They begin to question the victim's lifestyle, wondering if maybe their relationship with the murderer played a role in their death. This just goes to show how normalized victim blaming has become for people of color, Jenkins just being one example.

Victim blaming is often a method of distancing oneself from an unpleasant and disturbing event. People feel a sense of reassurance when they can think to themselves, "because I am nothing like her, this will never happen to me." This mindset is especially harmful to people of color, because many white police officers are using it to blame them for crimes, rather than looking into the facts of the case. This issue is especially prevalent as white people make up 52.2 percent of police in America, while only 16.1 percent of police officers are black.

This unconscious phenomenon of victim blaming highlights the effect of discrimination that has been embedded into American culture. As soon as people find out that the victim is a person of color, it is as if they deserve what happened to them. "There's just a really strong need to believe that we all deserve our outcomes and consequences," says Sherry Hamby, founder of APA's Psychology of Violence journal.

There are many reasons why Kenneka and Hassanen's death has not received justice, but being a women of color is a large contributing factor. Living in a country that systematically oppresses black people, Jenkins and her family are left vulnerable. The loss of any life should not be treated with negligence, but rather with care and compassion. People must protest and stand up for victims of crimes who are being unfairly blamed, rather than keeping silent. And when police are investigating a crime, they must thoroughly look into the case and make conclusions based off of substantial evidence, regardless of the gender, race, or ethnicity of the victim. Maybe then we can find out what really happened to Kenneka Jenkins.