Pressure to be perfect

"You are beautiful just the way you are" is a phrase that is often difficult for teen girls to believe. This is because the pressure for girls to have a perfect appearance is everywhere they look. Just one magazine, social media post or advertisement displaying unrealistic body standards can damage a girl's body image, and the constant barrage of these messages leaves a voice in their head telling them they need to look like what they see. 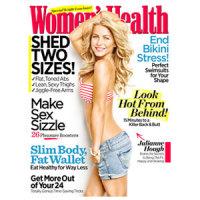 Photo: Many magazines promote thinness as the "ideal" beauty standard, allowing teen girls to develop the attitude that their social value is measured through their weight and body shape.

Photo: Many magazines promote thinness as the "ideal" beauty standard, allowing teen girls to develop the attitude that their social value is measured through their weight and body shape.

Social media fuels many eating disorders, as a result from teens struggling with their body image. Donna, age 27, suffered from bulimia from ages 12-25 and endured all of its terrible effects. She now refuses to have a Facebook or Instagram account as a way to protect herself. Eating disorders now have the highest mortality rate of any psychiatric illness. In particular, anorexia has a mortality rate 12 times higher than any other cause of death for women aged 15-24.

The media intentionally promotes unnaturally thin and often impossible to achieve bodies. However, only 5% of women naturally possess the body type often portrayed by the American media. American society has created a perfect body that is portrayed in all mainstream media. Girls constantly struggle with the insecurity and belief that they have to change their ways to achieve that perfect body, which is impossible to really reach. Approximately 91% of women are unhappy with their bodies, and often resort to unhealthy eating habits to achieve their ideal body shape.

It is nearly impossible to escape unrealistic beauty standards because they surround girls at every corner. A Kaiser Foundation study showed that one in three articles in leading teen girl magazines focus on appearance, and 50% of advertisements use an appeal to beauty to sell their products. Women's magazines also have about 10 times more content relating to dieting and weight loss than men's magazines, according to the Park Nicollet Melrose Center. The emphasis on looks and beauty in magazines are extremely difficult to simply overlook. These images can constantly pop up in a girl's head, no matter what they try to tell themselves. 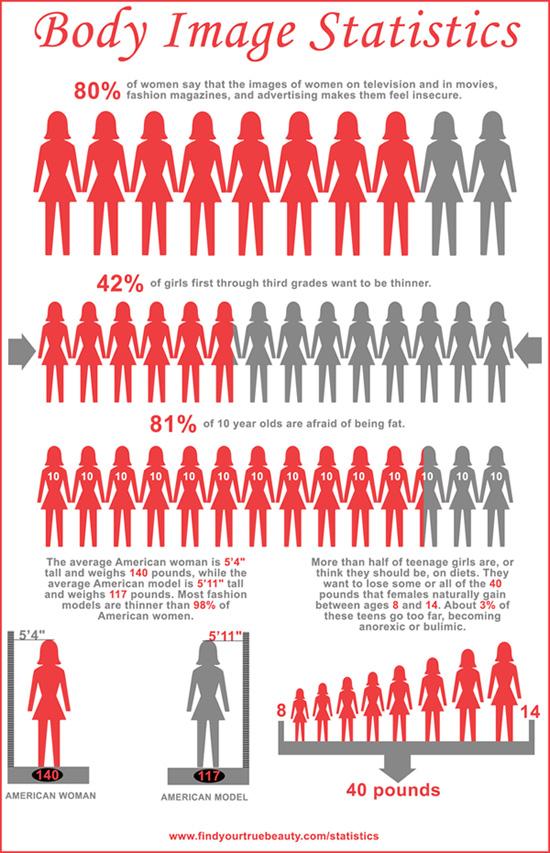 Photo: Many women and girls feel insecure about their bodies because of what they see in mainstream media.

Photo: Many women and girls feel insecure about their bodies because of what they see in mainstream media.

An unfortunate effect of the emphasis on beauty is that many women use their body shape and weight as a way to measure their value. Advertisements and magazines targeting young women feature thin and ''beautiful'' models desirable for selling accessories, clothing and beauty products. This ''thin ideal'' is extremely present in the mainstream media and is now what defines beauty to many girls. This depiction indicates a prejudice in our society, heavily influenced by the media. Thinness often has a very positive connotation which denotes social desirability and higher achievements.

Harmful depictions of beauty do not just end at magazines and advertisements. Social media is becoming increasingly popular, and with that comes more social pressure to look "perfect." Visual platforms such as Instagram, Snapchat and Facebook deliver the tools to allow teens to compare themselves with others and earn approval for their appearance. Whether it's scrolling through a phone, or flipping the pages of a magazine, the unattainable notions of beauty portrayed in media severely harms one's body image and can make someone feel worthless.

The statistics certainly do not tell the whole story. The facts may be right in front of us, but the feelings of insecurity, self-doubt and worthlessness are always hidden inside. Some teenagers may suffer with these thoughts, and it is important for them to understand that models in the media often have unrealistic body types, and we all need to learn how to love our own bodies regardless.

Another part of the solution is increasing diversity. If the mainstream media diversified its representation of beauty, girls wouldn't feel so inclined to look a particular way. Women and girls of all shapes, sizes and color are beautiful, and therefore should all be represented in the media. Only representing one appearance in the media make girls feel that they aren't beautiful unless they look like what they see plastered over magazines time and time again. Everyone deserves to love themselves and remember that beauty is not ''one-size-fits-all."