Blair wins 7th overall at the division I county championship

On Saturday Oct. 28, Blair placed seventh out of eight teams at the Montgomery County Division I County Championship at Montgomery Blair, and out of 18 high schools competed across all three divisions. Blair lost the overall Spirit Award, which they had won for the past 12 years. This year's championship marked Blair's first time competing in Division I.

Photo: Blazers get ready for their performance on competition day.

Photo: Blazers get ready for their performance on competition day. Photo courtesy of Renay Johnson.

Cheerleading teams from 18 MCPS high schools tumbled, jumped and danced through the 2017 cheerleading competition. After winning the Montgomery County Division II County Championship for the past two years, Blazers moved up to Division I for this year's 2017 competition.

Teams were judged on many aspects of their performance, including tosses, dance and cheer, stunts, pyramids, tumbling, technique, level of difficulty, overall performance and showmanship. Damascus won the championship, followed by Wootton and Quince Orchard.

Senior cheer caption Bridget McCaw, is proud of what Blair accomplished in the Division I championship. "We did the best we could, and going into a division that we've never been in before, Division I, we knew it wasn't going to be easy," McCaw said. 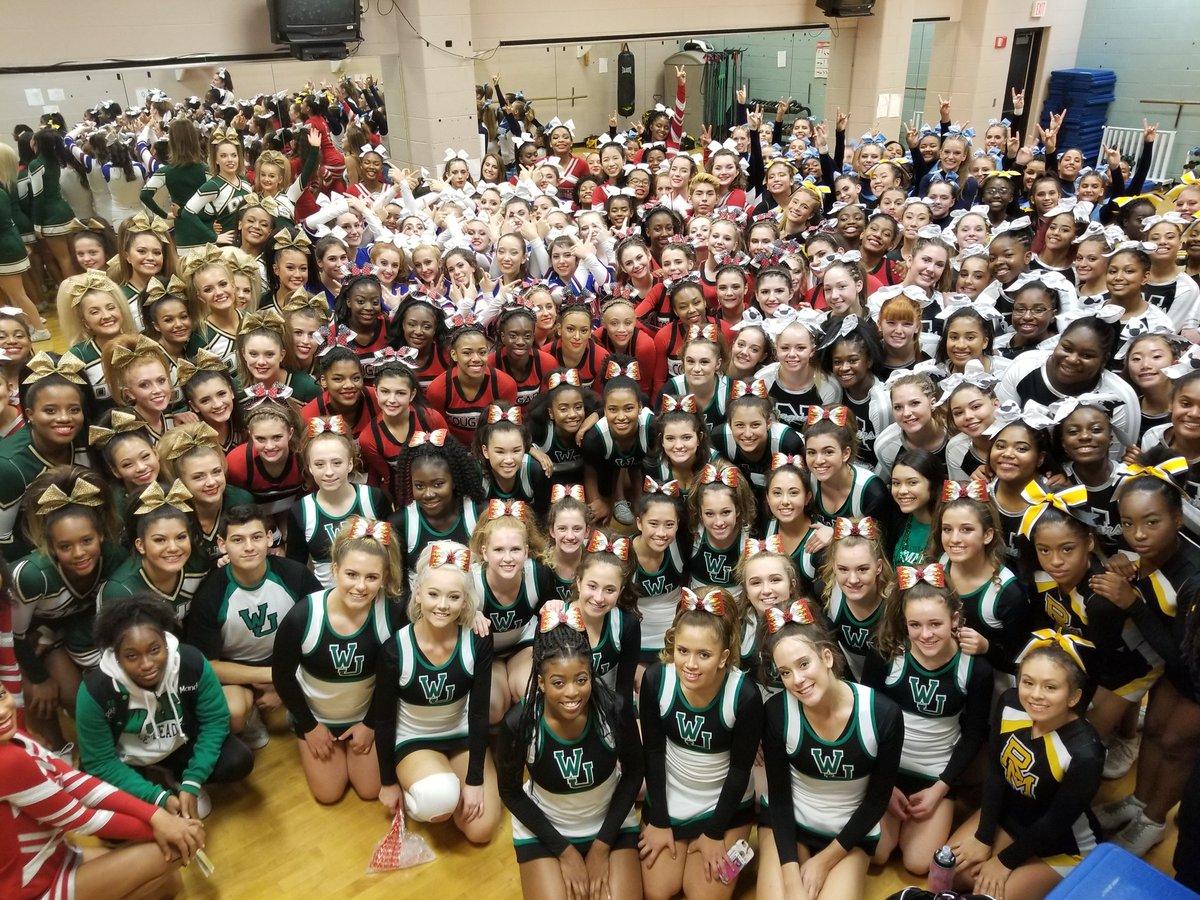 Photo: High school cheer teams around the county come to Blair to compete at the Montgomery County Division I Championship.

Photo: High school cheer teams around the county come to Blair to compete at the Montgomery County Division I Championship. Photo courtesy of Renay Johnson.

Next year, Blair intends to focus on their tumbling and overall technique. "We were the best ‘cheering' team, but our weakness this year, with 17 new girls, is just the general lifting, tumbling and having to teach all of them. It's pretty difficult," McCaw said. Sophomore Quan'ell Kitchen agrees with McCaw. "I think our overall performance was great, but our tumbling was weak, we need to work on that," Kitchen said. Blair hopes to to perfect their cheer skills in order to place higher for the 2018 County Championship.