Resist the violence, end the silence

Nur Jahan, age 85, fled Kuinnyapara village in Myanmar and was forced to find refuge in Bangladesh after witnessing several violent attacks on her village from the Myanmar army. Her son, Abdullah, was killed by the soldiers at age 28. She has seven other children but is unaware of their whereabouts. "I have left everything to Allah and want to take my last breath without a fear of being attacked," Jahan said. The Rohingya crisis may be a recognizable situation, often seen in the news, read in an article, or overheard from an organization, but these stories hide the untold magnitude of vulnerability and danger these people are really facing.

"The Rohingya" refer to the Muslim minority in Myanmar's Rakhine State, made up of approximately one million people. The brutal military force in Myanmar is attacking Rohingya communities, all due to a dehumanising system of state-sponsored discrimination and racial segregation against the minority Muslims. This resulted in a massive outbreak of violence and a long standing and catastrophic refugee crisis: almost 300,000 Rohingya Refugees have fled to Bangladesh. Myanmar refuses to consider the Rohingya as citizens, or one of the 135 recognized ethnic groups in the country, making this group one of the largest persecuted minorities in the world. The thousands of refugees arriving in Bangladesh everyday - most of whom are women and children - are often traumatized, some coming with severe injuries caused by gunshots, shrapnel, fire and landmines. 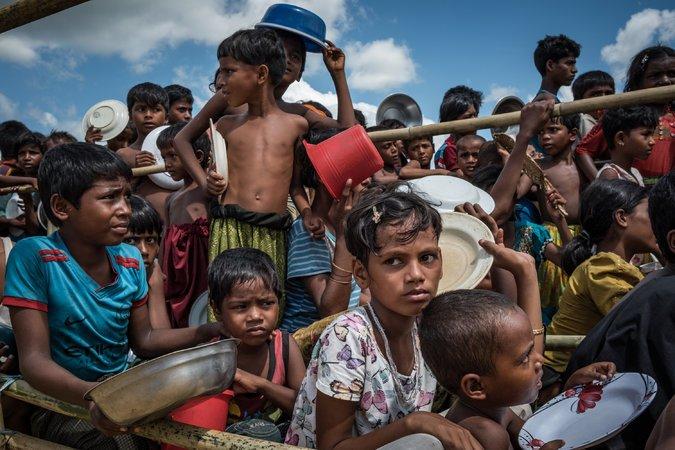 Photo: Children are lining up for food at a refugee camp outside Cox's Bazaar, Bangladesh, many who were forced to abandon their village in Myanmar and separate from their families.

Photo: Children are lining up for food at a refugee camp outside Cox's Bazaar, Bangladesh, many who were forced to abandon their village in Myanmar and separate from their families.  Photo courtesy of The New York Times.

On Nov. 18, theMuslim Community Center (MCC) held a community gathering as a call to action program for the Rohingya crisis. The program was intended to educate everyone on what the crisis entails and how we as a community can help resist the violence and suffering the Rohingya are facing. Unfortunately, the turnout was extremely weak. After several leaders and volunteers of organizations spoke, Maryland State Delegate Bilal Ali, who attended this program, decided to make a final short speech to address the turnout. "When are you going to say that you did nothing, that you stood by?" Ali asked. "We all know there are different types of advocacy we can do, but somehow our mindset has been changed to think we are powerless," he said. The truth is that we as a community are not taking enough action to help the Rohingya, and it is time to realize that our privilege gives us the obligation to help those who are suffering and in dire need of aid.

The first step to addressing the Rohingya crisis is to not to sugarcoat what is really happening. This catastrophic phenomena against the Rohingya is a genocide, the deliberate killing of a large group of people, which in this situation is the Muslims. It is not an "ethnic cleansing," which the US government would like to call it. These two concepts may seem to have the same meaning, but the hidden meaning behind these labels is dramatically different. Using the term ethnic cleansing is a way to decrease international pressure and give the perception of a smaller scale issue. We need to address the issue as it is, a genocide, one of the largest persecutions in history. It is in no way a small scale issue, and acting like it is only avoids the problem and doesn't provide enough aid to the refugees. 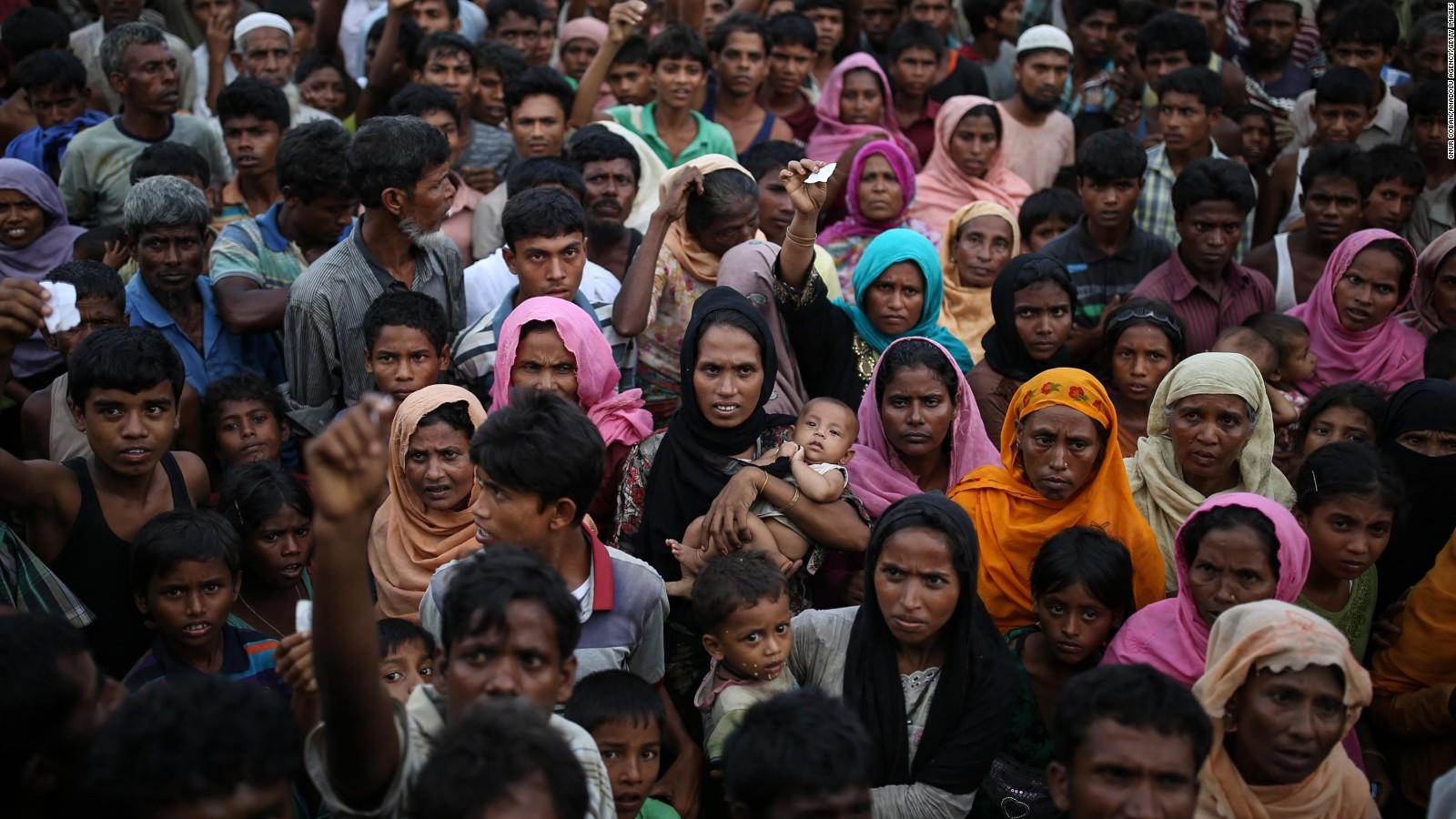 Photo: Thousands of Rohingya refugees, mainly women and children, are arriving in Bangladesh everyday, escaping the Myanmar army's brutal attacks of violence on their Rohingya community.

Photo: Thousands of Rohingya refugees, mainly women and children, are arriving in Bangladesh everyday, escaping the Myanmar army's brutal attacks of violence on their Rohingya community.  Photo courtesy of CNN.

After education comes activism, and that second step is one many are unwilling to take. We can speak out to educate others on the issue. We can protest to share our opinions to the government. We can lobby and advocate for the Burma Human Rights and Freedom Act to guarantee all ethnic groups have the freedom to exercise whichever religion they wish. We may not be able to completely solve the issue, but we can certainly aid the traumatized refugees, and advocate for acceptance of their ethnic group in Myanmar.

As discussed at the program at MCC, Muslims in America need to take a lead, and help the refugees from one Islamic community to another. They need to educate themselves and all their neighbors, so all allies can unite and help improve the catastrophic situation of the Rohingya. "You can't play a selective advocacy, a Muslim is a Muslim no matter what, and it just troubles my heart that we have a so-called Islamic country complicit in this, and no one is saying anything," Ali said. We cannot stay silent in this period of crisis. We need to let people know that the lives of Rohingya matter too.