Jal speaks on his journey from child soldier to recording artist

On March 8, Emmanuel Jal visited Blair for the third year in a row to speak to Blazers about his journey toward becoming an artist and peace activist. Blazers crowded the auditorium during fourth period to listen to Jal's extraordinary experiences growing up in Sudan.

At the start of the period, Blazers began filling the auditorium. Jal then made his entrance through the aisles of the auditorium singing "We Want Peace," as students held up peace signs in solidarity. Jal explained his efforts to share his story to instill a sense of global awakening.

Jal was forced to join the Sudan People's Liberation Army when he was just eight years old, losing the opportunity to receive an education as a child. As a child soldier, Jal watch his own friends die, and he suffered in order to survive, even drinking his own urine to stay hydrated and shooting a crow so he could eat. 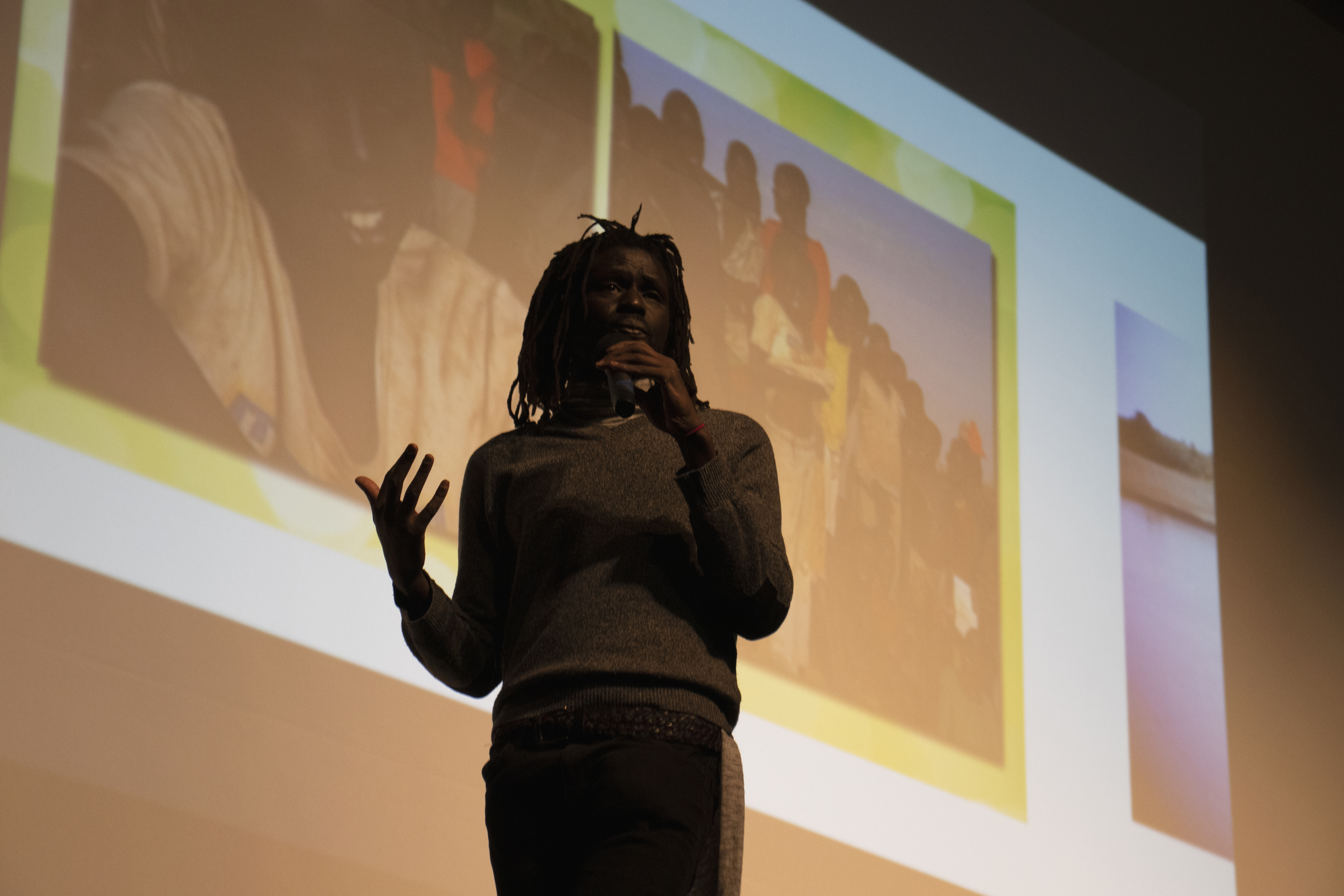 Jal performed one his most powerful spoken word pieces, "Forced to Sin." To encourage an interactive environment, Jal used a call-back response with the audience. The piece reflected all of the painful decisions Jal was pressured to make while working to survive as a child soldier. His experiences have encouraged him to speak on appreciating the opportunities an education can provide. "We are all here to get the tools to make our dreams come true," Jal said.

Eventually, Jal was able to flee from his war-torn country through the support of aid workers. British foreign aid worker Emma McCune adopted Jal, and even after she was killed in a car accident, he was able to continue his education and begin pursuing a career in music and peace activism. He is now an inspirational recording artist and peace ambassador in Toronto, Canada.

It was not easy for him to find his voice as a unique artist and activist, but he knew that these were the platforms he needed to speak out with. During a more intimate meet-and-greet during sixth period, he told students about what one of his first producers told him. "Becoming you will take time; for now you got to be different people. Your voice will come out eventually," the producer said.

Blazers were inspired by Jal's performance and the messages of unity and peace he brought to the table. Senior Lesly Garay-Rodriguez believed Jal expressed a beautiful sentiment on aspiring for our dreams. "He emphasized the importance of not letting obstacles get a hold of you and your dreams and to always achieve what you want to be," Garay-Rodriguez said.

This event would not have been possible without the help of international human rights teacher Anne Manuel, Blair principal Renay Johnson and numerous other Blair staff. Manuel has worked closely with Jal to organize this event for the past three years. "Every time he comes to Blair, we get a new perspective of what resilience looks like," Manuel said. Jal hopes to visit again next year and continue sharing his story to the next generation of peace activists.