MCPS employee arrested for sexual abuse of a minor

Cory Boatman, long-term substitute teacher and assistant football coach for Montgomery Blair High School, has been arrested and charged with one count of sexual abuse of a minor due to an alleged inappropriate relationship between Boatman and a 16-year-old Montgomery County Public School (MCPS) student. Boatman, who has been employed by MCPS since 2014, was immediately placed on administrative leave after the allegations were made. 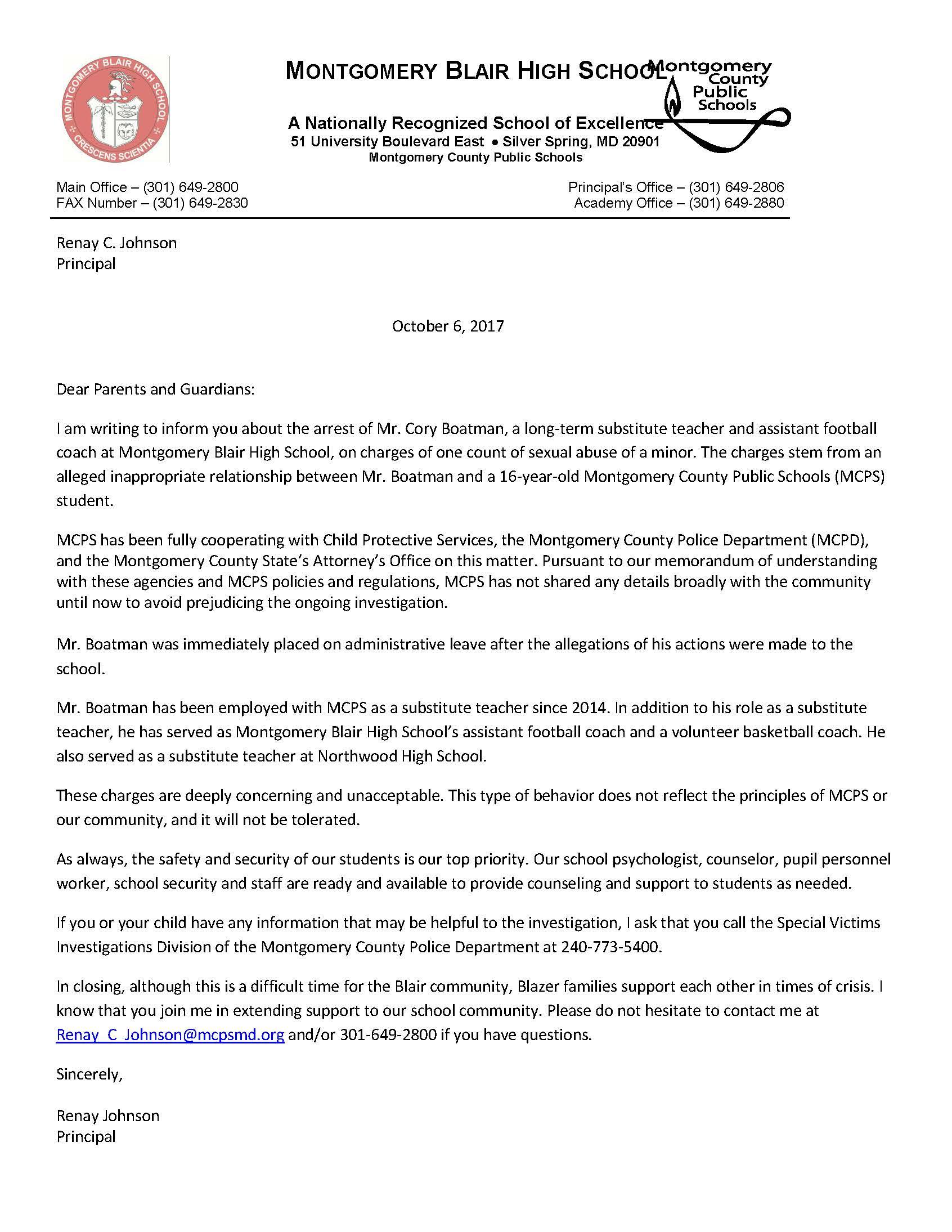 Photo:
Montgomery Blair High School principal Renay Johnson sent a statement out to the MCPS community on Friday explaining the situation. MCPS has been working with Child Protective Services, the Montgomery County Police Department and the Montgomery County State's Attorney's office on this issue. MCPS had not shared any details of the ongoing investigation until now in order to cooperate with these agencies, MCPS policies, regulations, and to avoid biasing the investigation.