Hint: you'll find them in this movie 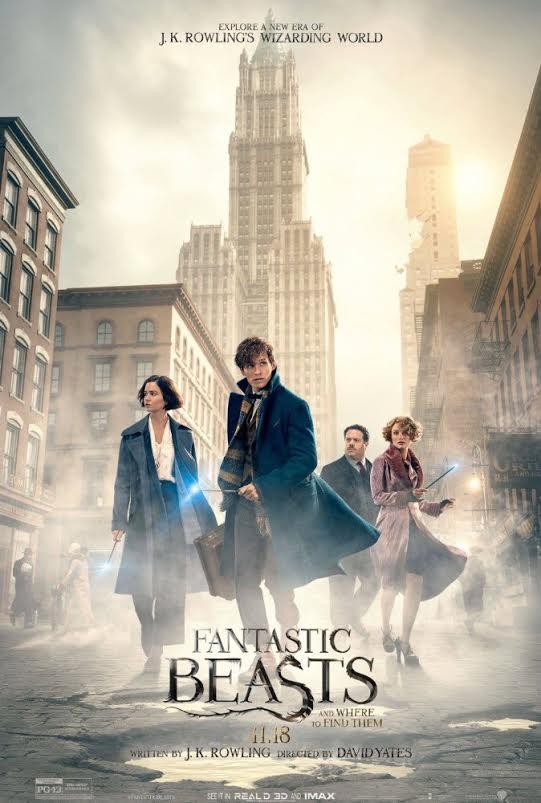 Photo: Fantastic Beasts and Where to Find Them is rich with detail and imagination

Photo: Fantastic Beasts and Where to Find Them is rich with detail and imagination

The film is about Newt Scamander (Eddie Redmayne) who wrote the book Fantastic Beasts and Where to Find Them, which is mentioned in the Harry Potter series. Newt Scamander stops in New York City on his way to Arizona to release one of his beasts back to its homeland. While there he stops to listen to a muggle woman, or "No-Maj" as the American wizards say, named Mary Lou Barebone (Samantha Morton) who is the head of the New Salem Philanthropic Society which claims that witches are real - and dangerous. She is a woman who "adopts" children into her organization and abuses them. As he listens to her, an adorable money-loving beast called a niffler escapes from his briefcase. When he leaves to chase after the niffler, Newt encounters aspiring baker and canning factory worker muggle Jacob Kowalski and they accidentally swap briefcases. This sets up a lot of the drama for the rest of film: many of Newt's fantastic beasts escape from his briefcase and he must find them (a lot of his problems could be solved if he just had a better lock on his case).

The film has a packed and complicated plot that is not recommended for those not well versed in the characters and magical world of Harry Potter. However, for Harry Potter fans, this prequel is a beautiful continuation of the beloved series. The film touches upon many important motifs such as fear, bigotry and at times comes off as a commentary on the need to preserve wildlife. Since J.K. Rowling wrote the screenplay and produced the film, it has an authentic feel to it necessary for a prequel to such an epic series.

The production quality of Fantastic Beasts and Where to Find Them is extremely high. The coloring of the film adds to the production quality with its cohesive color scheme of rich neutrals and the occasional deep blue and copper is a treat to the viewer's eyes. The soundtrack is nostalgically Harry Potter-esque and a treat to the viewer's ears (though the frequent explosions become a bit tiresome at times). The special effects and cinematography are fresh and impressive and the film is full of intricately detailed landscapes and creatures. Viewers will be suitably impressed with the detail and imagination put into recreating the world of Harry Potter.

If you're fan who grew up breathlessly enthralled by the magic of Harry Potter, this film will scratch the Harry Potter itch you've most likely carried from childhood. Sit back, relax and spend two hours and thirteen minutes immersed in the recreated beauty of J.K. Rowling's never ending colorful world of imagination.