Picking up the pieces

How Long Branch is recovering from the apartment fire

The explosion that ripped through a Long Branch apartment building this summer also tore apart many of the lives of the families affected. Heard from a mile away, the explosion killed seven and left many others displaced. The community pitched in to attend to the immediate needs of the victims, but two months later, numerous families are still in need.

John Angel Arbaiza, one of the owners of El Gavilan, a restaurant in Long Branch around the corner from the explosion site, tried to find a solution to lessen the strain on families still reeling from what happened. Immediately after, organizations like the Red Cross and Casa de Maryland were dealing with families' urgent needs. Knowing he couldn't do anything effective right after the incident, but still wanting to get involved, Arbaiza came up with the idea to hold a 5k race in solidarity with Long Branch, all of the proceeds from which would go to the families affected by the explosion. 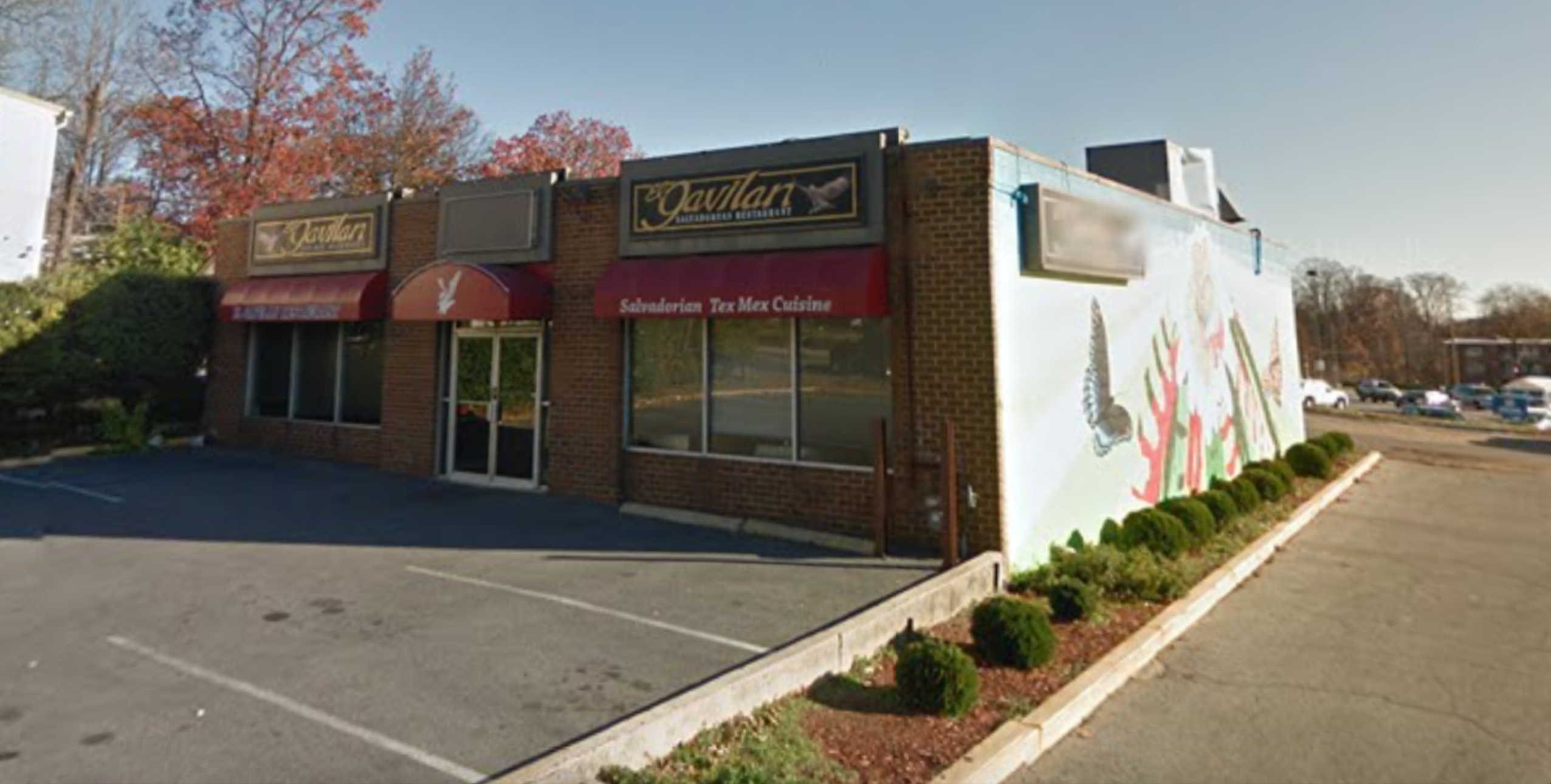 Photo: John Angel Arbaiza is one of the owners of El Gavilan, a Long Branch business.

Photo: John Angel Arbaiza is one of the owners of El Gavilan, a Long Branch business.

He pitched the idea at a Long Branch business owner's meeting and it became a success. "Once the idea was in play, they told me we're going to have a meeting in downtown Silver Spring to present this idea," Arbaiza says. But planning the race was a larger undertaking than he had anticipated. "They loved the idea but we didn't realize it was such a big job. It was much bigger than we expected," he says. The 5k was on October 16 at 7 a.m. Despite some of the challenges behind holding a 5k in such an urban area, Arbaiza looks towards the future, hoping to make this the biggest Long Branch annual event each year.

The invisible line between the two communities that make up the Long Branch area had been nearly uncrossable up until the August tragedy. Arbaiza tried everything to unite them. He held block parties, different events, but nothing worked to bring the community closer together. "Flower Avenue is like an imaginary line," says Arbaiza. "And so, you know, you have low income families that live on this side of the town and middle class, upper on that side. They usually don't cross streets and when there's events on Flower Avenue. It's hard to get both sides to come out to the events." 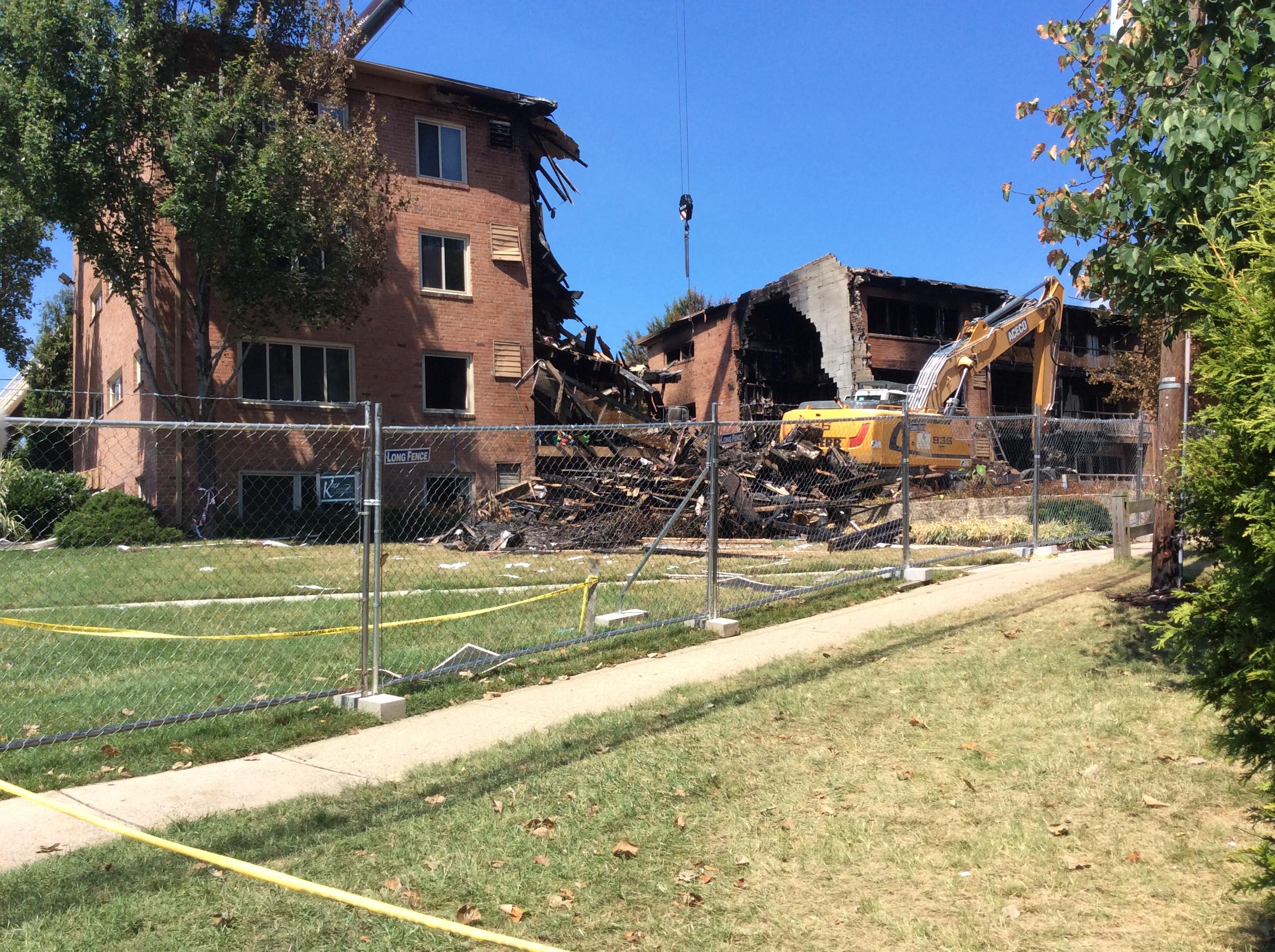 Photo: The remains of the apartment explosion site.

Photo: The remains of the apartment explosion site.

Silver Spring is a large, socioeconomically diverse area which makes it harder to bring its occupants together. "Silver Spring is broken up into too many villages and we're trying to get everybody involved," says Arbaiza. And for Arbaiza, an annual 5k run is an ideal solution to that problem. "We decided that this could be a way to get people involved. Once a year we all run or walk together," he explained. To get Blazers involved, Arbaiza is trying to make volunteering for the race an opportunity for students to get Student Service Learning (SSL) hours.

For Noemi Genny Ramirez, an eleventh grade Blair student, recovery has not been easy. Ramirez lives in a building close to the one that was destroyed. She says that after the incident many residents didn't feel safe, especially in the first week. Some had difficulty sleeping in their homes, fearful the gas company would kick them out. Members of the community feared that there would be another fire and wanted to move, but had no place to go. There was confusion and paranoia amongst residents with no spokesperson for the area to represent their needs.

At Blair, she feels there were no services that were readily accessible. The one service she has found to be helpful is the free therapy offered at the Long Branch library through Oct. 26 from 7:00 to 9:00 p.m. for those in need of emotional support. But this service isn't exactly perfect and many in the community aren't aware of it, according to Arbaiza. "[The therapy] gives them a chance to get services, but a lot of people don't know about these services," says Arbaiza.

Ramirez feels as if she has no safe zone, which is a problem other families are also struggling with. Many families are so concerned about what the next step is in terms of survival, that they haven't truly had the opportunity to heal. "A lot of these families are more concerned about what's going to happen to us, and not worrying about… trying to heal," says Arbaiza. Escaping the situation isn't an option either. "Some of these families have no place to go, they can't just move to Bethesda, or downtown Silver Spring," Arbaiza explains. "They don't have that luxury." 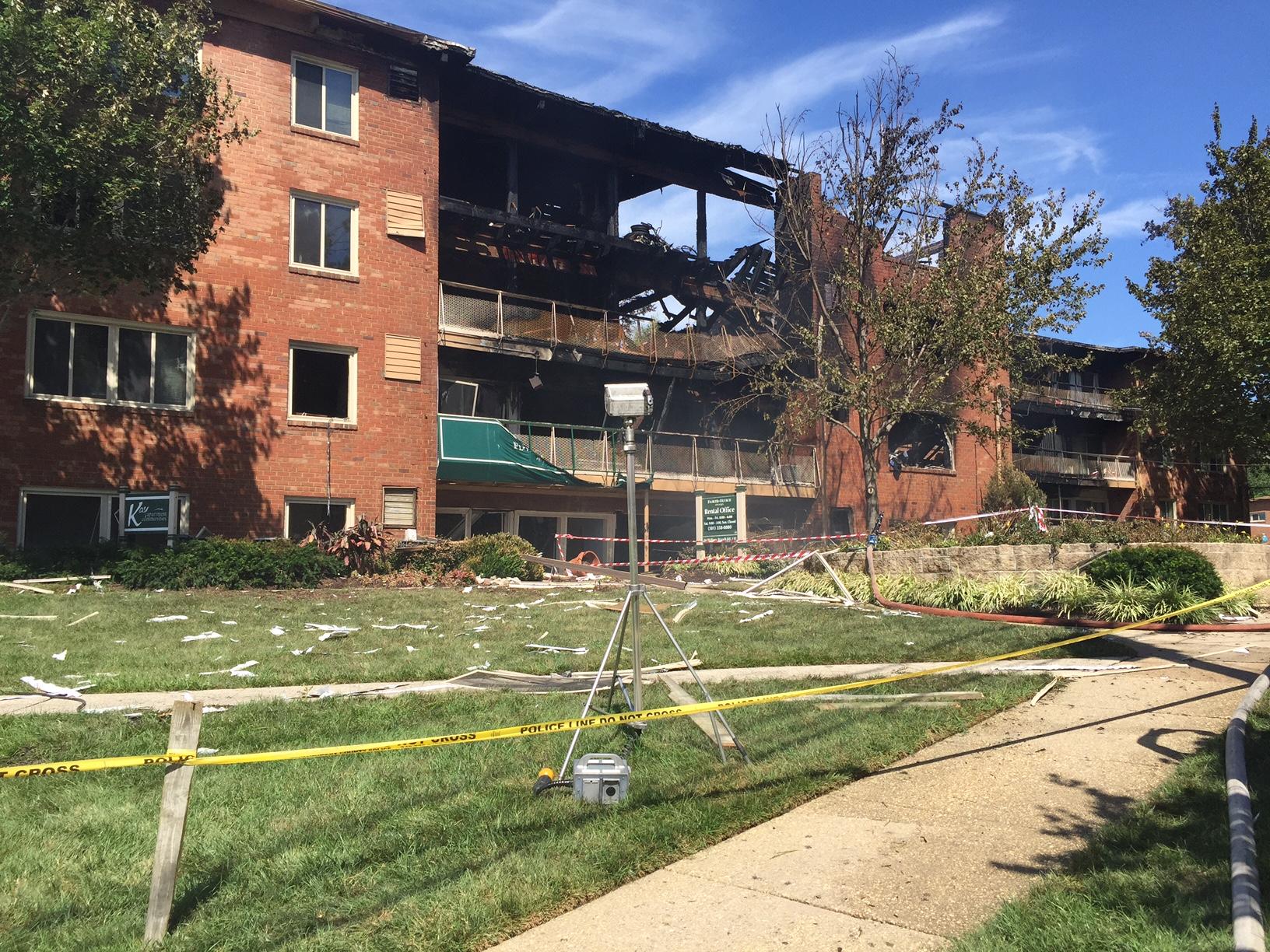 Photo: Residents are still reeling from the August tragedy.

Photo: Residents are still reeling from the August tragedy.

Though Ramirez didn't feel entirely supported by the Blair community, Blair did make an effort to help students in need. Melissa Young, the Latino Achievement Coordinator at Blair, says that many things were donated immediately after the explosion. In the following weeks and months, however, the donations have tapered off. In terms of connecting students to services, Young says she approaches the students instead of waiting for the students to come to her.

There is a large pile of school supplies in her office for students who need them, which Young says has an open door policy; anyone who needs help can come on in. "I hope that the students who are affected feel like the Blair community has come together for them," she says. Trying to help those affected is not without its challenges as some families are hesitant to reach out for help or communicate their needs. However, Young says organizations such as Casa de Maryland have helped negotiate rent-free apartments for Long Branch families. "A couple of organizations, especially Casa de Maryland, have helped negotiate three months rent free with the families, but that took a while," she says. Young also helps connect students wanting to volunteer with organizations like A Wider Circle. In helping families recover from the tragedy, Young says this incident has served as a lesson on how the Blair community supports its own. "It's definitely a lesson, hopefully nothing like this will ever happen again, but it's a lesson on how does a community support its members," she says.

The road to recovery must start somewhere and with the efforts of people like John Angel Arbaiza and Melissa Young, the road is well on its way. The community of Long Branch has many more obstacles to overcome, but every accomplishment begins with the decision to try. The explosion that wounded this neighborhood won't be fixed by a single band-aid. But with the support of a united community behind it, the healing process can truly begin.