Editor's note: Updated Nov. 14 1:59 p.m. This is an ongoing story and will continue to be updated as events unfold.

At around 10:00 a.m. students left class holding posters and megaphones and gathered in the football stadium. Students began chanting, "Not my President" and "We reject the President-elect."

There was a mix of protesters and opinions about the President-elect. "People are making a big deal about Trump being president. There's nothing to be making a big deal about. Trump shouldn't be president but people are overreacting about him being president. I don't think it's going to be that bad. I just think people are overreacting. In order for him to pass laws like building a wall and stuff he has to go through like Congress and stuff and that's going to take time and I'm pretty sure Congress isn't going to agree with him either way," junior Nelson Perez said. 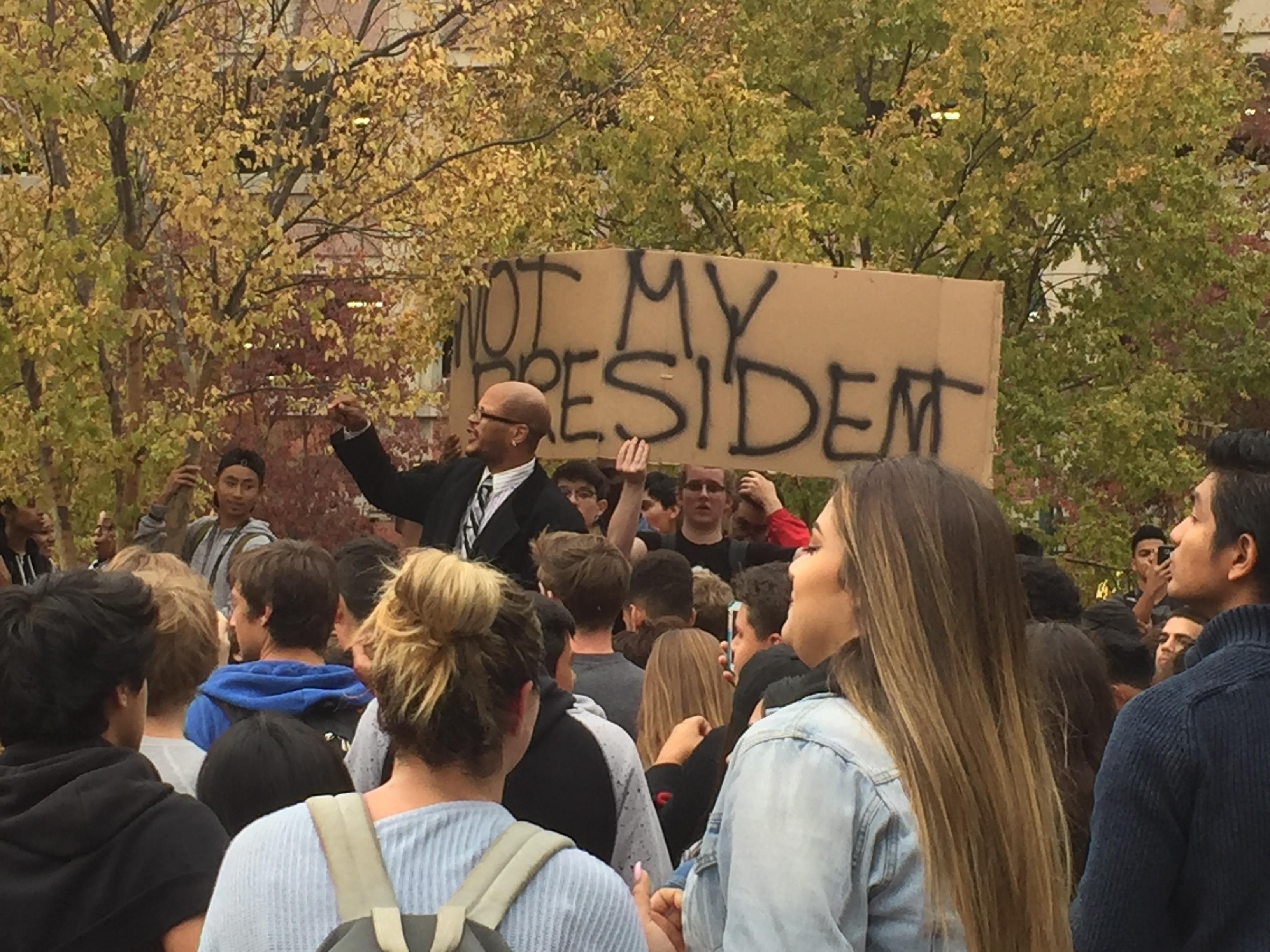 Photo: Protesters hold a sign reading, "Not my President."

Students also wore shirts expressing their stance. Sophomore Ariana Brenig wore a shirt reading, "Rapists go to the big house not the White House." After an hour in the stadium, students decided to leave campus with the objective of receiving more media attention. "I just feel like if we're in the stadium no one's gonna see our protest. We gotta get out and show everyone what we're doing. I feel like the protest should stay peaceful," Brenig said.

Students with megaphones led protesters in a march across the student parking lot and onto University Boulevard West. Police officers helped keep protesters safe by blocking off traffic as students continued to walk. Students headed toward local high schools Northwood High School and Albert Einstein High School to assemble with other protesters and gain momentum.

Near Wheaton Mall, Jeffrey O. Thames, Sr., founder of Hope Restored!, a nonprofit organization dedicated to reducing recidivism and personal hopelessness, directed students towards Westfield Wheaton Mall. Once protesters reached the roof of a mall parking garage, they stopped to chant. Students used megaphones to rally protesters with common ideas. Thames encouraged protesters to continue to fight for their rights and let their voices be heard. 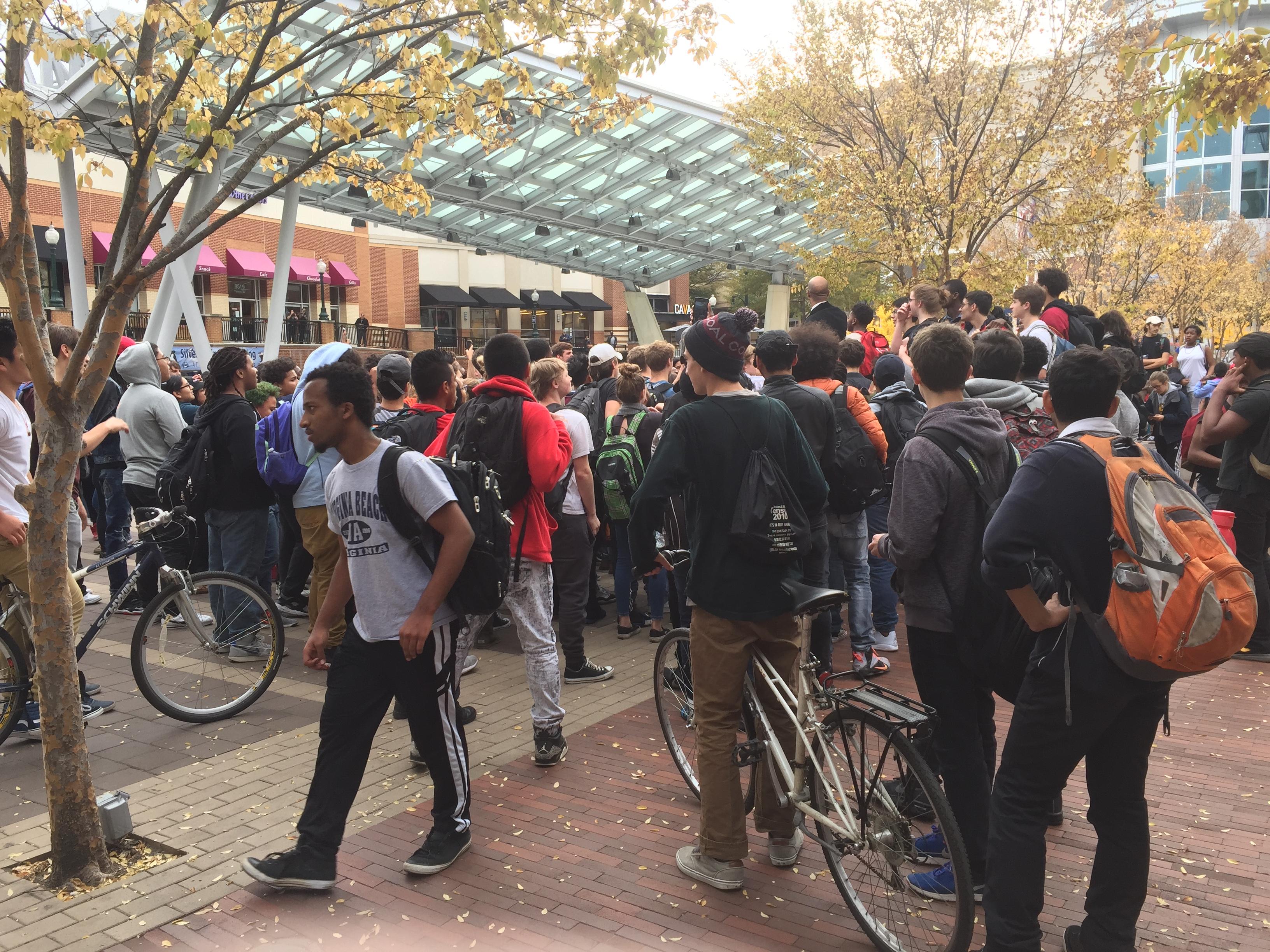 Thames decided to get involved with the protest in order to help the students get organized. "Without any type of leadership they could have shut it down… [Students] needed somebody to be out to witness and be that buffer between the students and different law enforcement that may come in the middle of this moment. This is a moment for Silver Spring that won't die that we want your voices to be heard and to be galvanized," Thames said.

At 1:08 p.m. Principal Renay Johnson made an announcement asking teachers to take attendance for those absent or tardy. Principal Johnson reminded students and teachers that there are consequences for violations of school policy.