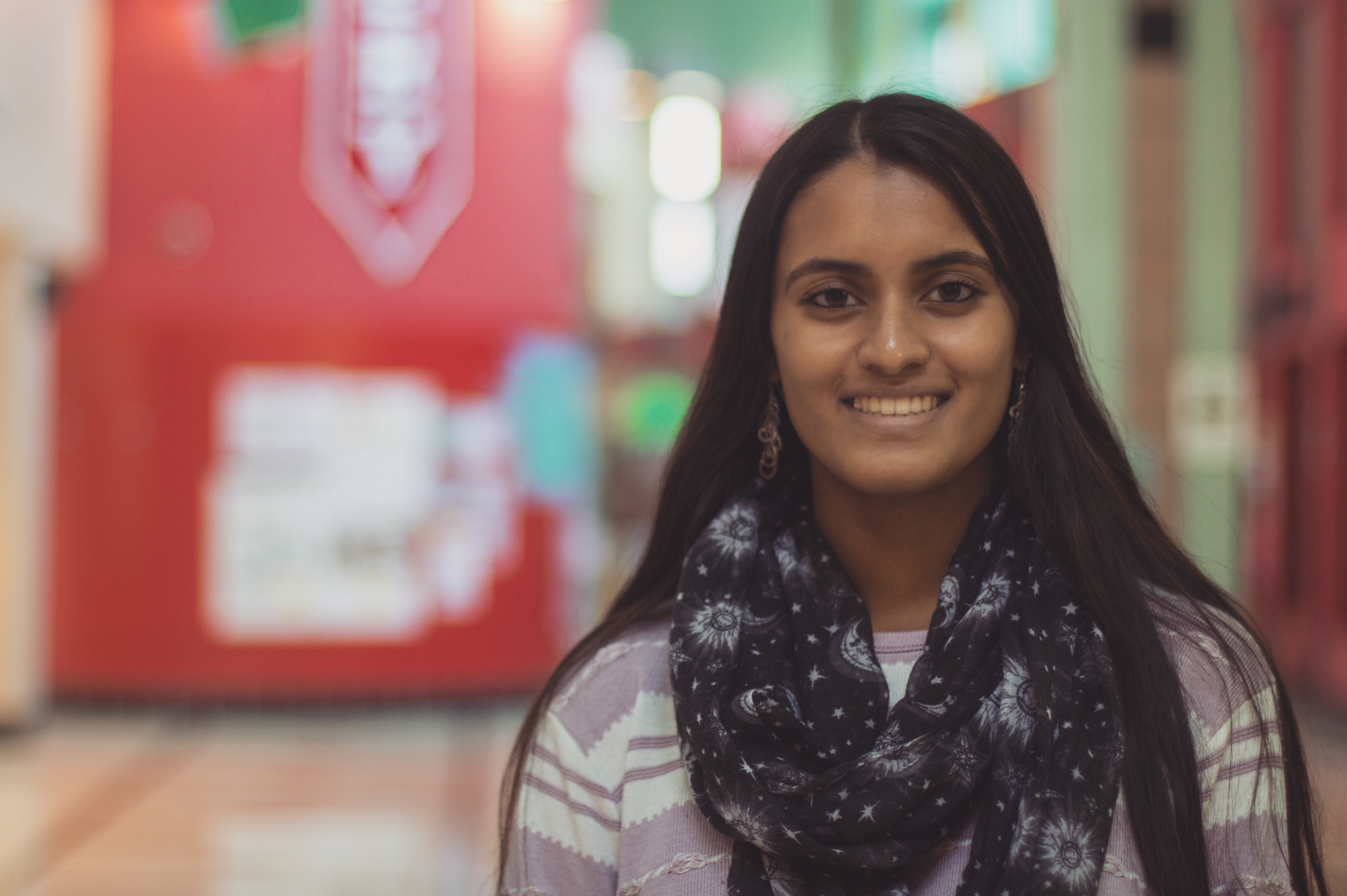 Name: Randima Herath
Position: Online Editor-in-Chief
Graduation Year: 2017
Hi, my name is Randi and in my free time, I like binge-watching Grey's Anatomy, singing, and procrastinating on homework.

Put good on, get good out

When it comes to personal care, there's no better reminder that if you put good in, you get good out. For many, it comes as a no-brainer that if you use harmful products, you won't like the results.

Earlier this month, the Montgomery County Police Department released its annual crime report which showed a slight increase in crime and significant increases in the amount of rapes, homicides and aggravated assaults throughout 2015.

The Maryland Senate voted 39-4 on Wednesday, March 30 to pass legislation that would allow the Montgomery County Public Schools (MCPS) Student Member on the Board of Education (SMOB) vote on issues including operating budgets, school openings and closings, boundaries and collective bargaining.

On a windy afternoon, the Wootton Patriots (4-2) defeated the Blazers (0-5) 17-0. Despite the Blazers' best efforts, the Patriots' offense was unstoppable.

'Sad Papaw' is no longer sad

Kenneth "Papaw" Harmon, of Purcell, Okla. held a cookout this past weekend, drawing in thousands of fans from all over the globe.

The Maryland House of Delegates voted 136-0 on Tuesday, March 15 to expand a bill on ignition interlock devices and Maryland drivers.

A month of reflection and unification

It wasn't an ordinary February because this year, Black History Month was about more than just commemorating and celebrating. It was about learning, bonding and furthering the awareness and understanding of the anti-racist movement "Black Lives Matter."

The Montgomery County Board of Education (BOE) adopted the Fiscal Year 2017 Operating Budget on Feb. 9, 2016, which includes resources to serve additional students and improve the workforce as well as investments to close the achievement gap.

Sophomores Ben Miller, Charles Gryder and Will Ederer have a documentary in the top five entries for C-SPAN's StudentCam competition. They are nominated for the "Fan Favorite” award, for which the general public can vote through the C-SPAN website.

Think back to sitting by a toasty crackling fire, and snuggling under a fuzzy blanket while the sounds of friends and family fill up the room. Now imagine trying to sleep on the cold hard pavement of a street, shuddering from the freezing temperatures while pulling your only coat tighter around you.

The new concepts, characters and obstacles easily compel the targeted younger audiences into following Po on yet another feat.

Student Member on the Board of Education (SMOB) Eric Guerci

Humans of Blair: A balance of passions

Isabel Hernandez-Cata, the choral and general music teacher at Blair, grew up with music-loving parents who come from different cultural backgrounds. As a result, Hernandez-Cata has devoted almost all of her life to music and teaching.

"The 33" is based off of the 2010 Chilean mining accident, in which 33 miners trapped underground for 69 days survived against all odds. The film follows the timeline of the disaster, bringing to light the precarious working conditions in the Chilean mining industry through effective foreshadowing and powerful acting.

We've all felt it before. The pangs of hunger as our stomachs become disgruntled from the lack of sustenance. Even worse, it can happen in the middle of class or during a test when all is quiet and suddenly, the lion that is your stomach unleashes its mighty roar.

Yes, you heard right. Girl Scout cookies are going to cost more in some parts of the U.S. next year. But don't worry too much - it's only an increase of $1 per box and it's not happening here.

Testing our lives away

As temperatures drop, Blazers bundle up.

For the fourth consecutive year, Montgomery County Public Schools (MCPS) saw a dramatic increase in the amount of students taking the ACT

The Blair girls' varsity tennis team (3-0) struggled all afternoon against Sherwood (1-2) in their third match of the season, but eventually came away with victory. The Blazers won four of seven games, just as they did in their home opener against Walter Johnson (1-1) two weeks ago.

The crusade of deceit against Planned Parenthood

Massive protests against Planned Parenthood, calling for its defunding, have exploded from the turmoil generated by the Center for Medical Progress (CMP), a prolife organization founded by David Daleiden.

"Fantastic Four" doesn't live up to the hype

Hear that? It's the groans of disappointed fans after seeing the newest "Fantastic Four" film. The movie is a disastrous release, with an incoherent narrative and underdeveloped characters.