'Sad Papaw' is no longer sad

Kenneth "Papaw" Harmon, of Purcell, Okla. held a cookout this past weekend, drawing in thousands of fans from all over the globe. Harmon went viral after his granddaughter, Kelsey, tweeted a photo of him eating a burger alone. Harmon invited all six of his grandchildren to a dinner he had cooked, but only one showed up.

It was later clarified that Harmon's five other grandchildren couldn't make it because of prior obligations. Regardless, supportive Twitter users poured in with messages and hearts in response to Kelsey's tweet and from there, "Sad Papaw" was born.

Two days later, another one of Harmon's grandchildren, Brock, tweeted a message for Harmon's fans. "Papaw" was to host a cookout and everyone was invited. According to Brock, there were around 15 people working at the grills around the clock cooking burgers and the event took a week to plan out. 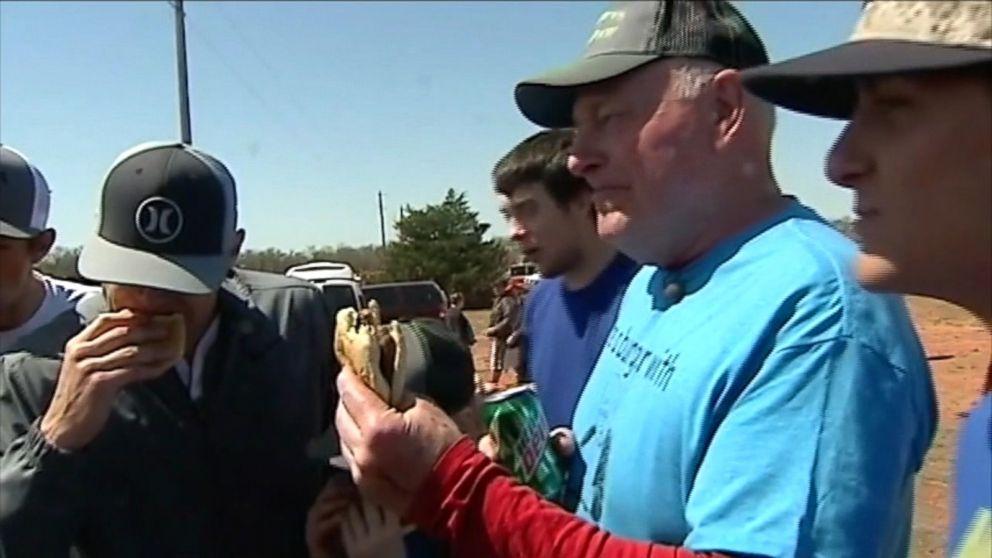 2,000 to 2,500 people are estimated to have attended the cookout, with many guests taking pictures with Harmon and waiting in line for over an hour to get burgers. Burgers were sold for $2 each while T-shirts reading "I ate a burger with Sad Papaw" were sold for $16. The money raised will cover the cookout expenses while any remainder will go to Harmon "Papaw" himself. The Harmon family is still trying to wrap their heads around their newfound publicity. Some guests who attended the cookout traveled from as far as Germany and Australia.

For Papaw, who got a chance to meet so many of his fans, the cookout was attended by those who wanted to remember their own grandparents as well. "The theme that comes to me from almost everybody is their grandparents, their great-grandparents, what they want to do now or what they wish they had done before," Papaw says.

Although just an Internet phenomenon at first glance, Harmon's story is more relatable than anything. The story of outside commitments that get in the way of family time is all too familiar, particularly for those in schools and with demanding work schedules. The turnout and support Harmon received should serve as a reminder for those of us who are often too busy, how important it is to take time out of our day to tell our loved ones what they mean to us.